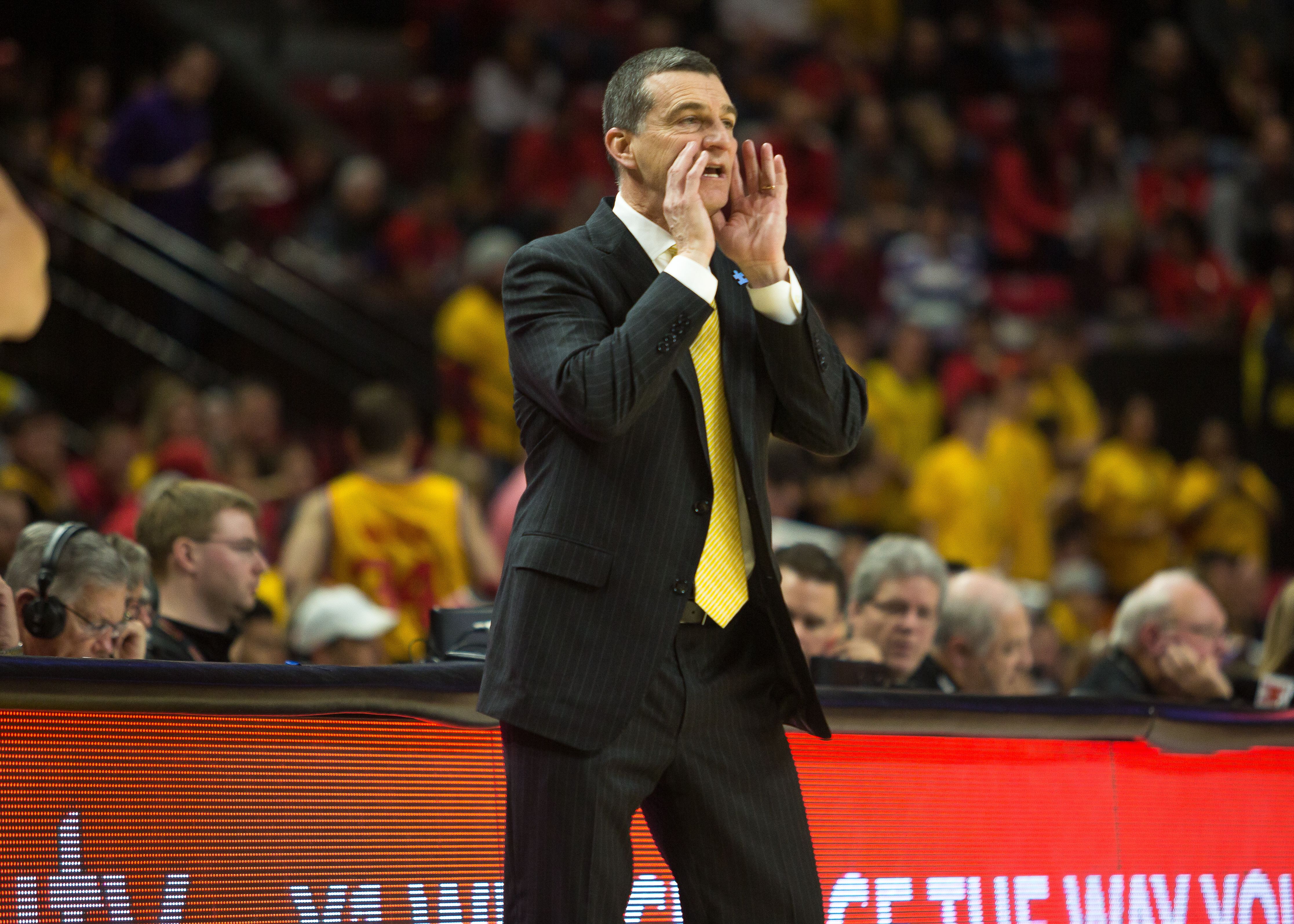 Head coach Mark Turgeon calls out instructions from the sideline during Maryland’s 73-57 win against Northwestern on Feb. 10, 2018 at Xfinity Center. (Marquise McKine/The Diamondback)

Of the remaining opponents, Maryland will be on the road for its only matchups with Penn State, Wisconsin and Minnesota, while hosting meetings with Purdue, Nebraska and Michigan.

The Big Ten schedule, as it has in the past two years, interrupts nonconference play in early December with two fixtures — one home and one away — to accommodate 20 conference games.

In each of the past two years, coach Mark Turgeon’s team has gone 1-1 in those early-season matchups. Beginning on Dec. 7, Turgeon and Co. will begin conference play as they host Illinois before traveling to Penn State three days later.

Four days after the calendar flips to 2020, the Terps will host two conference home games. To get the Big Ten schedule fully underway, Maryland will welcome Indiana to the Xfinity Center, then Ohio State three days later. The Terps went a combined 3-0 against those opponents a season ago.

Following its bout with the Buckeyes, Maryland will travel to play Iowa, the site of Turgeon’s first win over a ranked opponent as the Terps’ head coach after 19 prior unsuccessful attempts. The two-game road trip will continue on Jan. 14 at the Kohl Center for a tilt against Wisconsin.

The Terps return to the road for games against Northwestern and their second matchup against Indiana, when they’ll look to win their first game at Assembly Hall since joining the Big Ten in 2014.

After returning from Indiana, Maryland will host Iowa for the home portion of the home-and-home series against the Hawkeyes. The back half of the 20-game schedule begins with a home matchup on Feb. 4 against Rutgers, who the Terps have not lost to in seven tries since entering the conference.

In the final nine games before the conference tournament, Maryland will play its second game in the home-and-home series with Illinois, Northwestern, Ohio State and Rutgers.

The final home-and-home series in the schedule is against Michigan State, who’s projected to be a contender in the college basketball national landscape this year. The Terps will visit the Breslin Center on Feb. 15, and host the tilt on Feb. 29.

Scattered among those home-and-home matchups is a home game against Nebraska, an away meeting in Minnesota and the final Big Ten regular-season game at home against Michigan on March 8.

The Big Ten tournament will be played at Bankers Life Fieldhouse in Indianapolis from March 11 to March 15, where Turgeon will look to win his first conference tournament game since 2016.