Who had a better Maryland career: D.J. Moore or Torrey Smith? 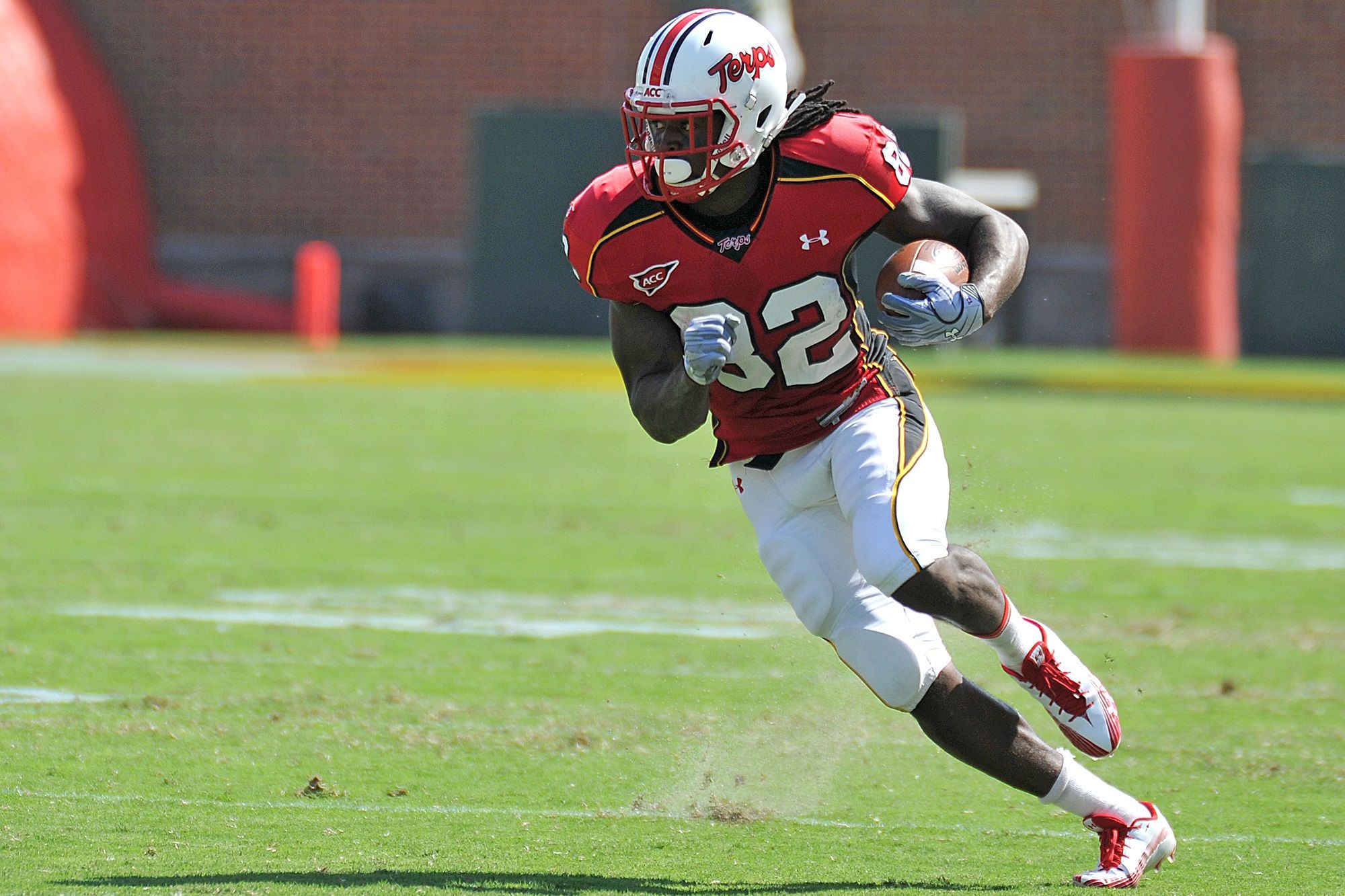 A pair of former Terps had some fun on Twitter.

Carolina Panthers teammates Torrey Smith and D.J. Moore both had illustrious careers at Maryland, both as wide receivers, and they had a debate on who had the better collegiate career.

First of all, notice the retro Terps hoodie Smith is wearing. That’s a fresh look.

More importantly, who had the better career: Smith or Moore? Well, looking at it on paper, they are much closer than you think.

With that being said, Smith leads in all counting stats, having more receptions, receiving yards, yards from scrimmage, receiving touchdowns and total touchdowns than Moore did at Maryland.

While Moore set the school single-season record for most receptions in a season with 80 in 2017, his 1,033 receiving yards were 22 yards less than Smith’s best season. If you put the fact that Moore had five different quarterbacks throw to him in 2017, then it makes those numbers stand out more.

Apart from rushing yards and yards from scrimmage, Smith is better in every category. He also had double-digit receiving touchdowns in 2010, his final season at Maryland. He averaged 15.7 yards per reception and 14.6 yards per return in his career, also better than Moore.

Also, let’s not forget that Smith was a threat on special teams, averaging 24.3 yards per kick return in his three years, scoring three touchdowns.

In this case, the vet beat the new guy. Advantage: Torrey Smith.