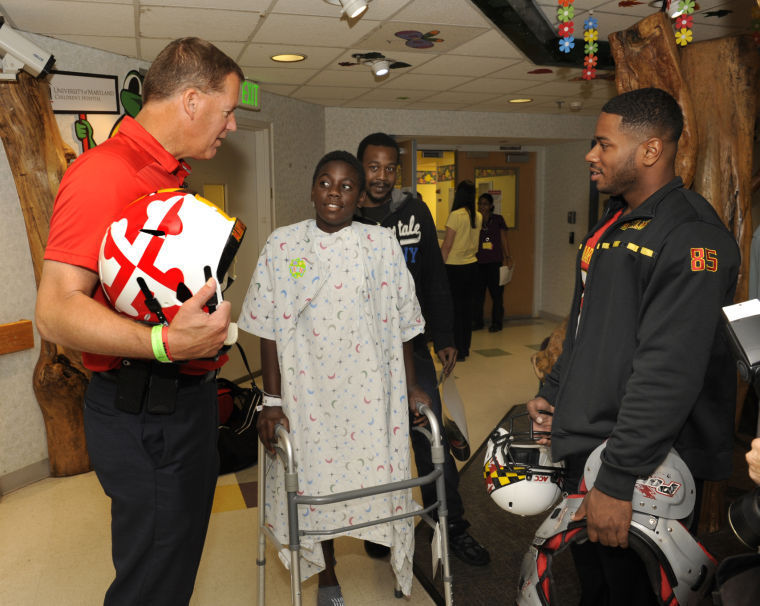 Former Maryland running back and wide receiver Tehuti Miles has signed a developmental contract with WWE and will report to their NXT brand, a farm system of sorts for WWE’s main shows.

After graduating from Hammonton High School in New Jersey, Miles enlisted in the United States Army and served four years, including a one-year stint in Afghanistan. Miles earned 11 medals during his time in the military.

Once he returned home, he set his sights on playing college football. And while he initially didn’t make it into Maryland when he applied in the winter, Miles was accepted for the fall 2013 semester. He got an opportunity on Maryland football, too, when he earned a walk-on spot after an open tryout.

The 5-foot-10, 210-pound athlete never saw any game action in his time as a Terp, but he stood out as a member of the practice squad. Miles was named practice squad player of the week three times in 2015.

After his time at Maryland, Miles traveled to Joppa to attend the Maryland Championship Wrestling training center with the hope of becoming a professional wrestler.

MCW is widely considered one of the biggest independent wrestling promotions in the United States, where the likes of NXT stars Velveteen Dream and Tommaso Ciampa and All Elite Wrestling stars Joey Janela and Maxwell Jacob Friedman have wrestled.

Miles’s most notable match in MCW came when he defeated Dirty Money in the Shane Shamrock Memorial Cup XVIII in 2018.

In 2017, Miles earned a WWE tryout. He had another in 2018 before finally being offered a contract Wednesday.