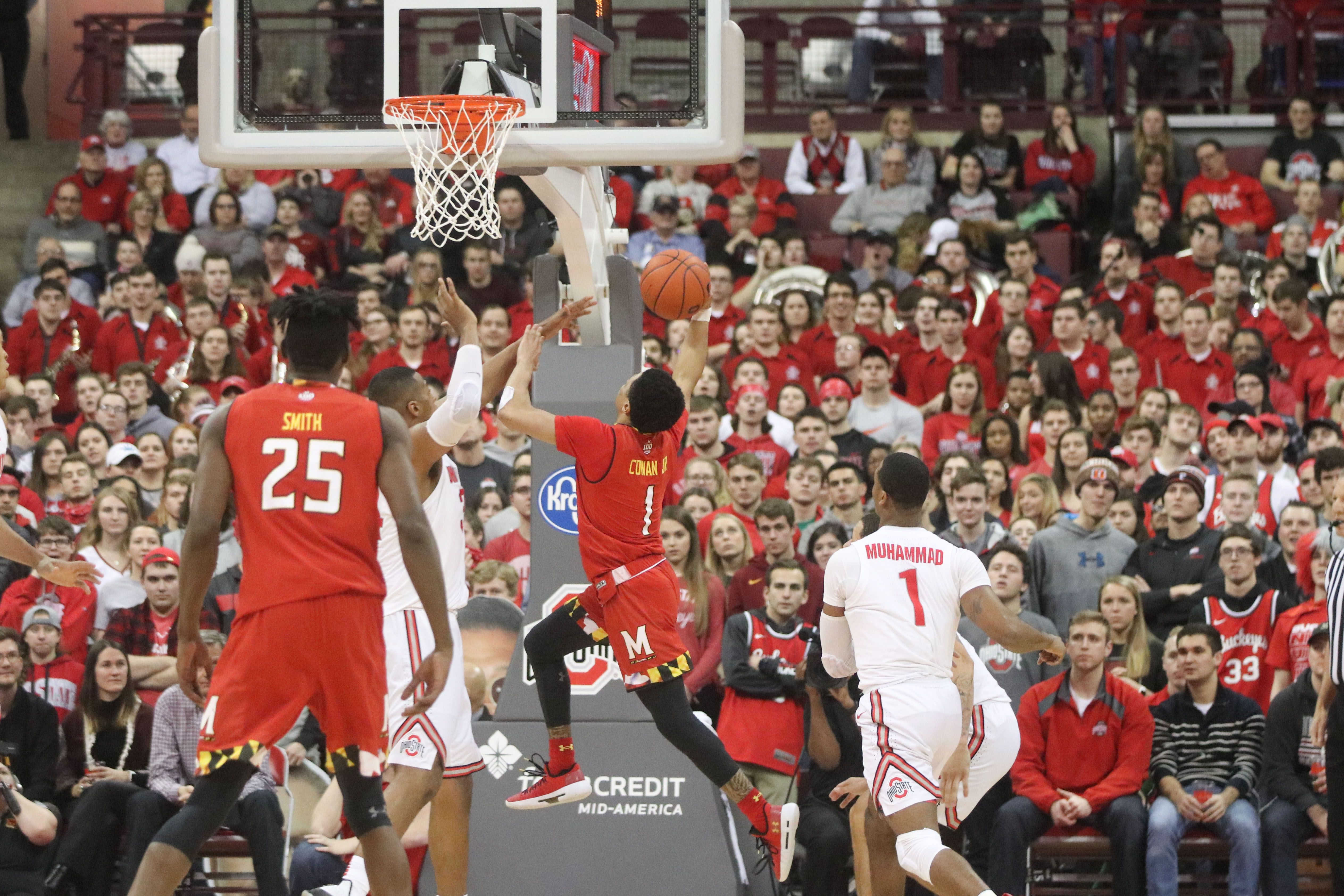 Guard Anthony Cowan rises to the rim for a layup during Maryland’s 75-61 win over Ohio State at Value City Arena on Jan. 18, 2019. (Courtesy of Casey Cascaldo/The Lantern)

According to Andy Katz, both Jalen Smith and Anthony Cowan are among the 25 best players in all of college basketball. In his pre-season top 25, Smith came in at 18th on the list and Cowan came in ninth.

Despite the departure of Bruno Fernando to the NBA, Katz believes the Terps have what it takes to be among the elite of the Big Ten next year, with the expectations for the Terrapins being rested on the shoulders of the dynamic duo.

“With Jalen Smith inside, Cowan on the perimeter, Maryland has what it takes to challenge Michigan State for the top spot in the Big Ten, and a run at a Final Four,” Katz said.

Despite many expecting him to test the NBA Draft waters and potentially turn pro, Smith opted to bypass the entire draft process and return for his sophomore season. As a freshman, he started all 33 games and averaged 11.7 points and 6.8 rebounds per game. With Fernando foregoing his final two years of eligibility and entering the draft, Smith is expected to have a larger role for the Terps this season.

After initially testing the NBA Draft waters, Cowan opted to return to College Park for his fourth and final year. Last season, Cowan led the Terps in points, assists and steals, all while logging 34.7 minutes per contest. The two-time all-Big Ten honoree has a lot of pressure to lead the Terrapins back to the NCAA tournament next season.

Katz has been singing the Terrapins praise all off-season long, placing Maryland fifth in his “Power 36” rankings. Along with ranking Cowan and Smith as top 25 players in the country, he has identified both players as contenders for the Cousy and Malone Awards, respectively. The Bob Cousy Award is handed out to the best point guard in the country, while the Karl Malone Award is given to the nation’s top power forward.