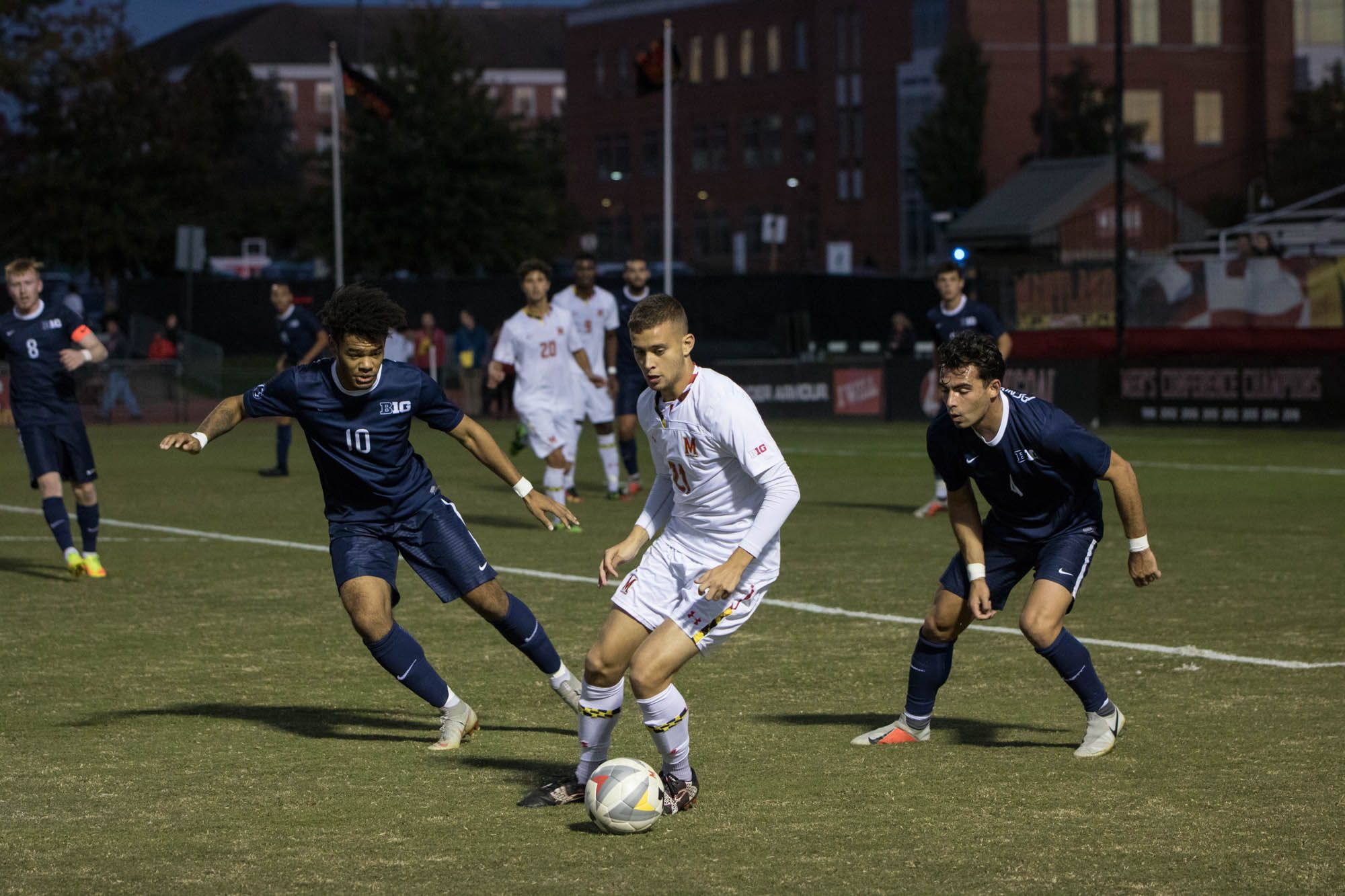 Lansade played in 17 matches, including three starts, as a freshman under Cirovski during last season’s run to a national championship. Ahead of his sophomore year, he was expected to compete for the opportunity to replace Amar Sejdic — the team’s leading goal scorer in 2018.

“Vinicius informed me that he was leaving Maryland to pursue professional opportunities and we wish him nothing but the best of luck,” Cirovski said in a statement. “We are grateful for his contributions to our national championship season and hope he finds further success as he moves forward in his career.”

Born in Brazil, Lansade came to College Park from Connecticut after playing for New York City FC Academy. After joining the Terps’ program as a late addition in July, Lansade made his college debut in the 2018 season opener against Washington, playing 24 minutes off the bench.

Lansade continued to be a regular bench player until earning his first career start against Rutgers, beginning a string of three consecutive appearances in the starting 11.

He returned to the bench, and later scored his first college goal to open the scoring of a 3-2 victory over Penn State in late October. In the Big Ten tournament semifinal, Lansade assisted on the game’s only goal to help propel Maryland into the final with a 1-0 win against Michigan State.

During the NCAA tournament run, the freshman forward made appearances against Duke in the second round and versus Akron in the final, which now marks the last game of his Maryland career.

“A journey that ended sooner than I expected,” Lansade wrote in an Instagram post. “Forever grateful for the opportunity and happy to have met such amazing people.”