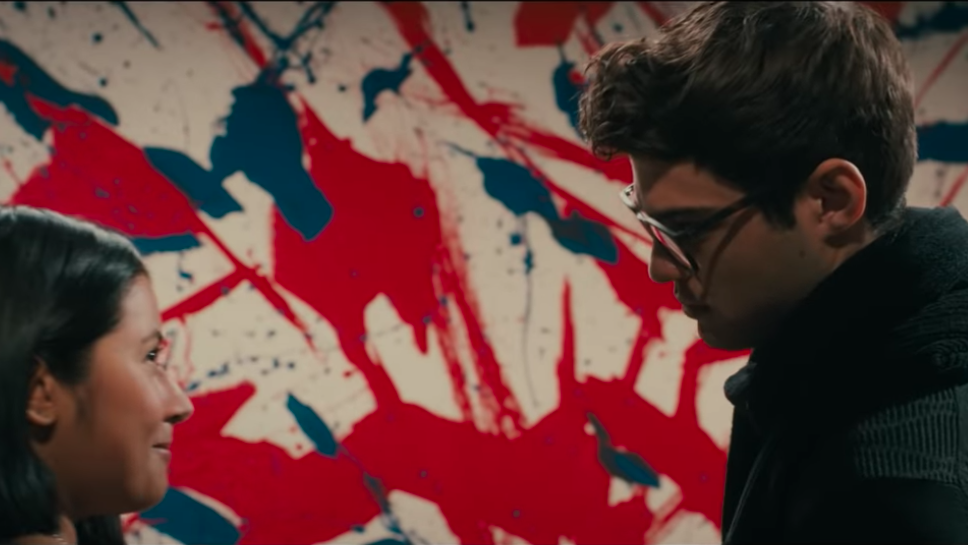 Noah Centineo in The Perfect Date trailer(Photo via Youtube.)

Brooks Rattigan (Noah Centineo) lets us know he’s unlikable from his first line of dialogue, where he announces that his three heroes are Steve Jobs, Michael Jordan and Elon Musk, and then chugs a bottle of Gatorade. To its credit, the movie is slightly self-aware of how uncreative teenage boys can be, but that doesn’t make the opening scene any less cringeworthy.

The film demonstrates the classic embarrassing teenage romance trademarks. Brooks becomes insufferable when he starts a business as a date-for-hire to fund his dream of going to Yale University. His teenage boy shenanigans cause him to lose his friends. In one particularly tense moment of teenage assholery, his love interest, Celia Lieberman (Laura Marano), slaps him in front of the entire school.

The Perfect Date is like a fanfiction I would have loved when I was 12. That’s not to bash cheesy teen movies or Noah Centineo — I loved To All The Boys I Loved Before — but the difference between that movie and this one is good writing and an overall better cast.

Netflix tried to recreate an earlier formula: Centineo starring as the cheeky boy that sweeps an unlikely love interest off her feet. But The Perfect Date fails to pull off the charm — or the basic editing skills — of earlier efforts. At one point a character laughs without moving their mouth.

This particular film’s love interest fills the “manic pixie dream girl” trope all too well. Lieberman always wears combat boots. She wouldn’t be caught dead in heels like those other shallow rich girls. She would rather spend her weekend at a café bookstore than a high school dance.

This is what you would have gotten if you had let me write my dream self into a movie in the seventh grade right after reading John Green’s Looking for Alaska. Celia couldn’t care less about love — which only makes her more alluring — and of course, she folds into Brooks’ desires with lots of sarcasm but little resistance.

It’s sad Celia doesn’t have enough depth to accomplish anything other than helping Brooks on his path of character development. Besides her general quirkiness, she isn’t afforded a narrative arc.

The film shows that Centineo seems to have more luck playing the cool guy who needs to be knocked down a peg than the underdog. Brooks Rattigan doesn’t really pull off the whole “my mom left us, so now I live a poor life and I just want to go to Yale” tragic backstory.

His lines come off as forced, and the tearful scenes between him and his single dad are lackluster. This film has convinced me that Centineo deserves to be relegated to the cocky love interest supporting role — and should stay away from being the protagonist.

The Perfect Date starts and ends poorly, and you won’t find any gems along the way either. If you’re a fan of Noah Centineo, rewatch To All The Boys I Loved Before or Sierra Burgess is a Loser to get your fix, instead of wasting your time on this.