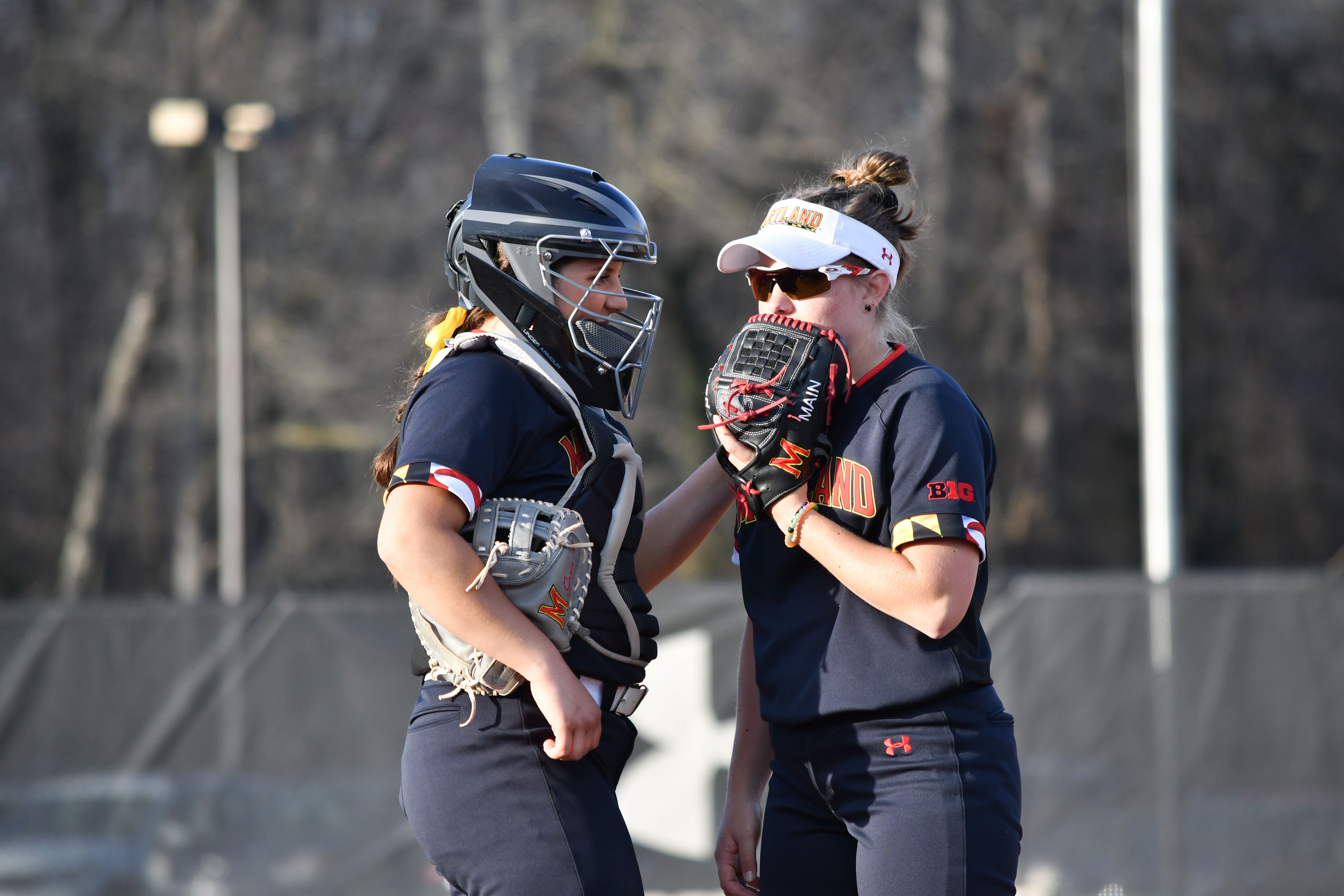 After Indiana shut out Maryland softball, 8-0, in five innings to take the first game of the series Friday, Victoria Galvan was angry.

The redshirt freshman pitcher was eager to get into the circle to start Saturday’s doubleheader and rectify the team’s poor effort from the day before.

And when she got the ball in her hands, Galvan channeled that frustration to help lead the Terps to a 4-3 win — her third victory as a starter, helped by three scoreless innings from right-hander Sami Main.

Though Maryland split the doubleheader and has yet to win a Big Ten series, the pitching staff surrendered its fewest runs in more than two weeks against the Hoosiers’ firepower, allowing them to avoid a sweep.

“I was pleased with both [Galvan and Main] and how they were handling themselves,” Wright said. “It was exactly what we needed.”

The Terps struggled to slow down Indiana’s momentum in Friday’s run-rule blowout, but Galvan’s stifling pitching ignited the team Saturday, despite allowing a run in the bottom of the first. And with three Terps runs on the board in the opening frame, Galvan had a rare early lead to work with.

The Hoosiers went three up and three down against Galvan in the second. Other than giving up a leadoff bunt in the third, Galvan stayed true to her tough mentality and kept Indiana from scoring any more runs — until the bottom of the fourth, when the Hoosiers scored two runs on only one hit, due to Galvan’s three wild pitches and one walk in the inning, keeping the game close at 4-3.
Though their lead dwindled to one, Maryland kept their composure on defense in the bottom of the fifth, this time supporting Main in the circle.

“We need to have good pitching and good defense,” first baseman Taylor Wilson said. “It doesn’t have to spectacular, just doing the little things and the regular things right.”

Main came in to relieve Galvan and immediately corralled Indiana’s attack. The senior threw a wild pitch after infielder Grayson Radcliffe hit a double on her, but Radcliffe was stranded at third after Main induced a foul out and a ground out to end the inning.

And though the Terps have yet to capture a Big Ten series, the confident pitching from Galvan and Main is a bright spot for the team heading into Happy Valley this weekend to face a Penn State team that is 4-10 in conference play.

“The job that they did on the mound,” Wright said, “I expect that that’s going to give them a lot of confidence coming into this weekend.”