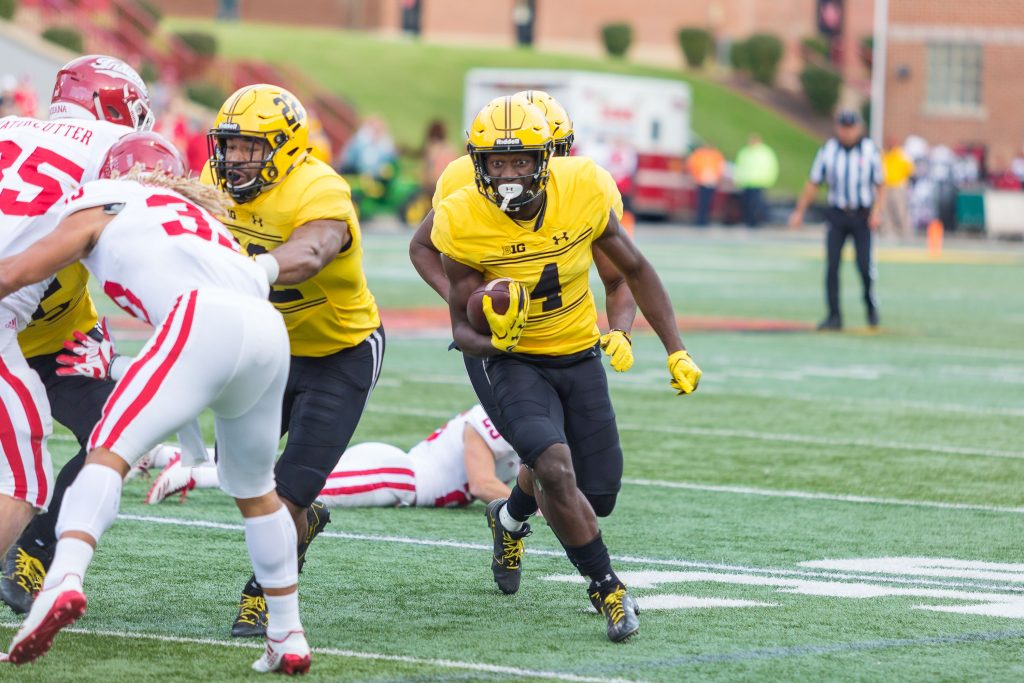 Defensive back Darnell Savage sprints up the field after intercepting a pass in Maryland’s 42-39 homecoming victory over Indiana at Maryland Stadium on Oct. 28, 2017. (Marquise McKine/The Diamondback)

D.J. Moore dominated the Maryland football news this time last year, but with the 2019 NFL Draft quickly approaching, all eyes are on the other side of the football.

After a stellar four-year career at Maryland, Darnell Savage was getting attention from a lot of NFL teams, and he boosted his draft stock even more with an impressive performance at the NFL Draft Combine in March.

His 4.36-second 40-yard dash was good for third among defensive backs and eighth across all positions. Those numbers pushed Savage up draft boards. He’s now the third-best safety according to ESPN, and is projected as a second or third-round pick in many mock drafts.

With that in mind, we compiled a list of three teams we’d like to pick our beloved former Terp, and one that we wouldn’t be too excited about.

While this team is not our favorite, the Steelers are a potential destination for Savage. Not only did the team bring in Savage for a workout at the beginning of the month, but the team has also had success with Terps in the past.

Savage could join former Terp Sean Davis to create a Maryland defensive backfield in Pittsburgh. Ravens fans might not be too happy about having to play against them twice a year but it’s a real possibility.

If the Panthers decide to pick Savage, they might as well become the Carolina Terrapins. With three former Terps already on the team — receivers Torrey Smith and D.J. Moore, and linebacker Jermaine Carter — Savage would be another welcomed addition.

Safety may not be the top need for the Panthers, but they hold two third-round picks and were ranked among the worst in the league in pass defense last season.

This pick would keep Savage close to home and make many Terps fans happy. Washington signed safety Landon Collins after the Giants let him walk this offseason, but after seeing D.J. Swearinger and Ha Ha Clinton-Dix leave the team this year, the team could use another safety to work alongside Collins.

Washington also holds two third-round picks and could look to keep Savage in DMV with one of them.

No surprise here, but who wouldn’t like to see Savage stay in the state of Maryland? Following Eric Weddle’s departure to the Rams, the Ravens signed All-Pro safety Earl Thomas to fill some of the void.

Savage worked out for the Ravens, alongside fellow former Terp Tre Watson, earlier this month. The Ravens may have failed to draft D.J. Moore last year — and we’ll never forget that — but they could redeem themselves this year and give Savage an experienced mentor in the process.