Route 1 widening project to close lanes for the next year 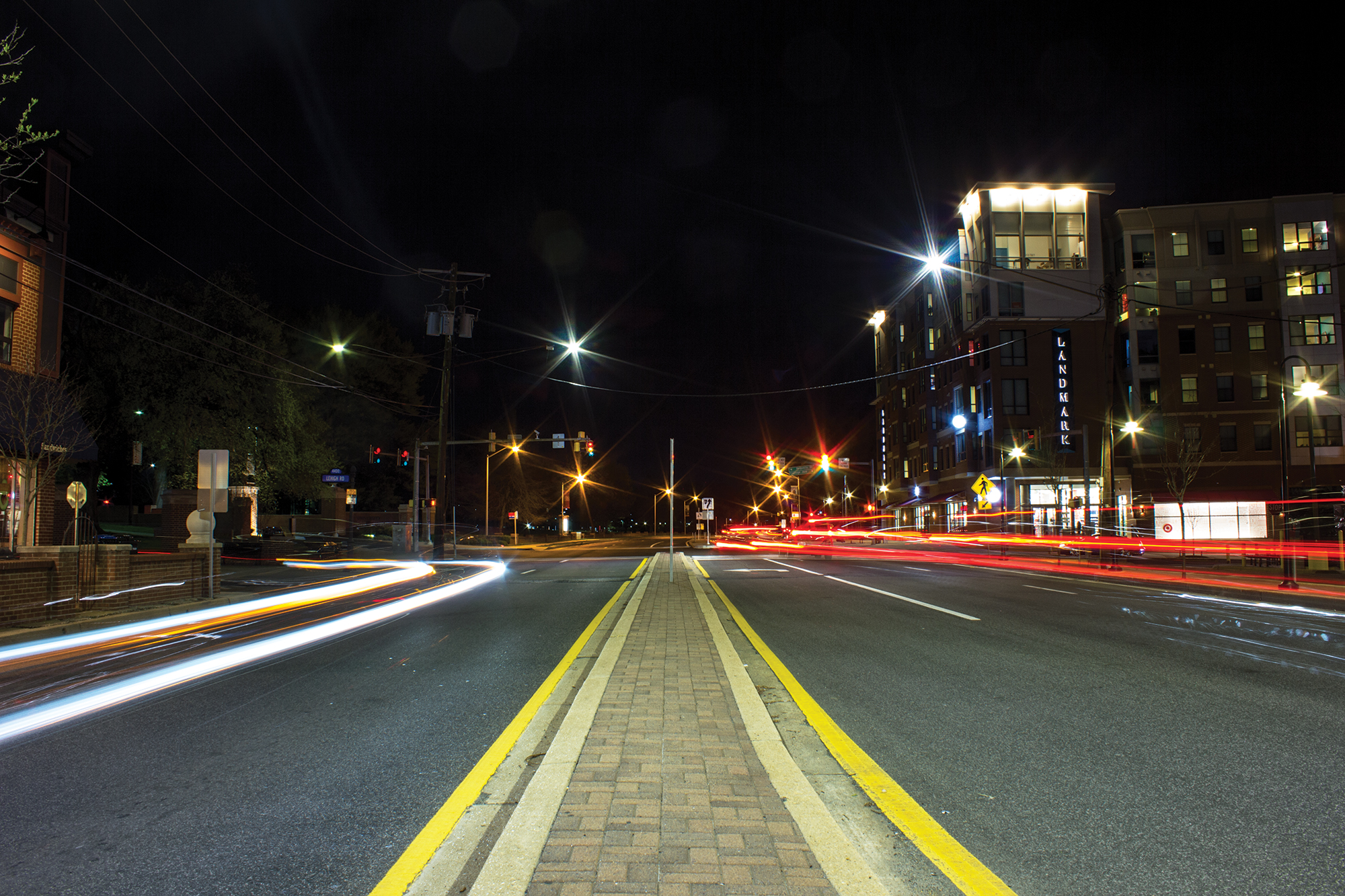 Some lanes on Route 1 will be closed intermittently over the next year. (Enoch Hsiao/The Diamondback)

Some lanes on Route 1 in College Park will continue to be closed intermittently for gas and electricity line relocation over the next year as part of the first phase of the Route 1 improvement project.

The State Highway Administration is relocating the utilities for the project, which will widen certain parts of the 1.4-mile section between College Avenue and University Boulevard, make sidewalks compliant with the Americans with Disabilities Act and add bike lanes and pedestrian lighting. The entire project is estimated to be completed in 2024.

Electricity work, which began in late March, is expected to be finished by early fall. Meanwhile, work on the gas line began Saturday and isn’t expected to end until fall 2020, according to work notices from the SHA.

“Drivers should add extra commute time and use alternate routes during this work,” the electricity work notice reads. “Additional work hours and lane closures may be necessary to complete all phases of work and keep the project on schedule.”

During the week, closures may occur both south and northbound for gas line relocation between 7 p.m. and 6 a.m., according to work notices. For electricity work, these closures can also happen northbound from 7 a.m. to 3 p.m., and southbound closures can occur between 10 a.m. and 6 p.m.

On weekends, closures can happen during the day and overnight.

“This information is advising motorists to expect lane closures within that time period, not that the whole road is closed,” SHA spokesperson Shantee Felix wrote in an email. “All work is weather permitting.”

When the potential closures were first announced in October, District 2 Councilman P.J. Brennan expressed concern about the disruption the lane closures could cause in the community, in terms of both transportation and economic impact.

So far, Brennan hasn’t quite seen the effect on businesses that he feared, though he said it has impacted residents’ day-to-day lives.

“Route 1 is an artery in and out of the city,” Brennan said. “My hope is that the people who do need to get in and out during those disruptions are taking Kenilworth Avenue or Adelphi in order to kind of avoid that traffic.”

The city is still working with the SHA to try to minimize the disruptions and shorten the project’s time frame, Brennan said. Ryan Chelton, the city’s economic development coordinator, echoed this.

“They’re doing their best to operate at non-peak time,” Chelton said. “But unfortunately, there’s not too much more SHA can do.”

A commuter who lives on Adelphi Road, Songy said he doesn’t frequent Route 1 that much. But when he does, he’s become aware of some traffic that may be due to the closures.

“Whenever I go grocery shopping along Route 1, I definitely do notice a lot of congestion and a lot of traffic issues,” Songy said.

Sophomore psychology major Yoona Hwang, who also lives off the campus and commutes, says she wishes there had been more information available about the project. If the project will result in traffic flowing better, she’d love to hear more about it.

“I think that the lack of communication and just not enough info about what this is going to be about — that’s bothering me,” Hwang said.

University spokesperson Natifia Mullings wrote in an email that the school is in contact with the SHA regarding the disturbances.

“The University of Maryland continues to coordinate with the State Highway Administration around the construction on Baltimore Avenue in order to help minimize any impacts to the University community,” she wrote.

Felix encouraged students and residents to check for travel conditions at Maryland 511 and keep the utility relocation in mind.

“Students, residents and all highway users (motorists, pedestrian and bicyclists) can use this information to avoid the area or allow themselves extra time if planning to travel during the utility relocation project,” she wrote.