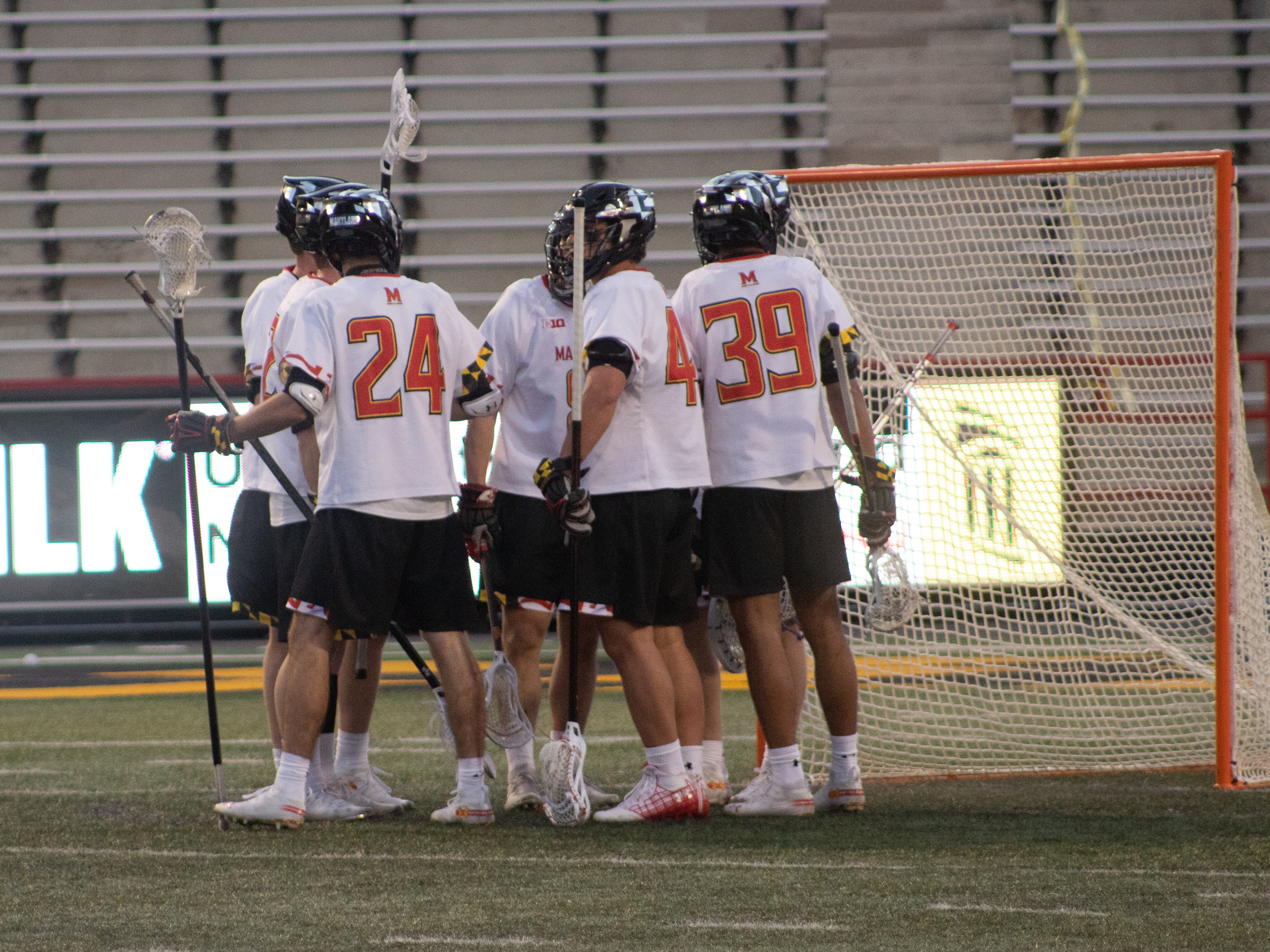 The Maryland men’s lacrosse team remained slotted at No. 3 in the latest Inside Lacrosse media poll Monday after a 16-12 win over Michigan on Saturday.

The first eight weeks of the college lacrosse season featured upsets abound that frequently altered the top five in the weekly poll. The Terps were familiar with that jostling, as they’ve occupied five different spots in the poll — checking in as high as No. 2 and as low as No. 7. In Monday’s iteration, all top-five teams from last week retained their rankings.

The Terps’ Big Ten counterpart, Penn State, remained the No. 1 team with a 13-8 win over then-No. 9 Ohio State, which fell to the No. 12 following its second loss of the season.

[Read more: No. 3 Maryland men’s lacrosse bounces back with 16-12 win over Michigan]

On Sunday, Maryland (9-2, 1-1 Big Ten) will face Rutgers (6-5, 1-1), which fell outside the top 20 and into the category of teams receiving votes after losing to Johns Hopkins. The Scarlet Knights have gone 1-4 against ranked teams this season, with their only win coming against Ohio State, 14-6, on the road.

Maryland has gone 29-1 all-time against Rutgers and has won every matchup since joining the Big Ten.