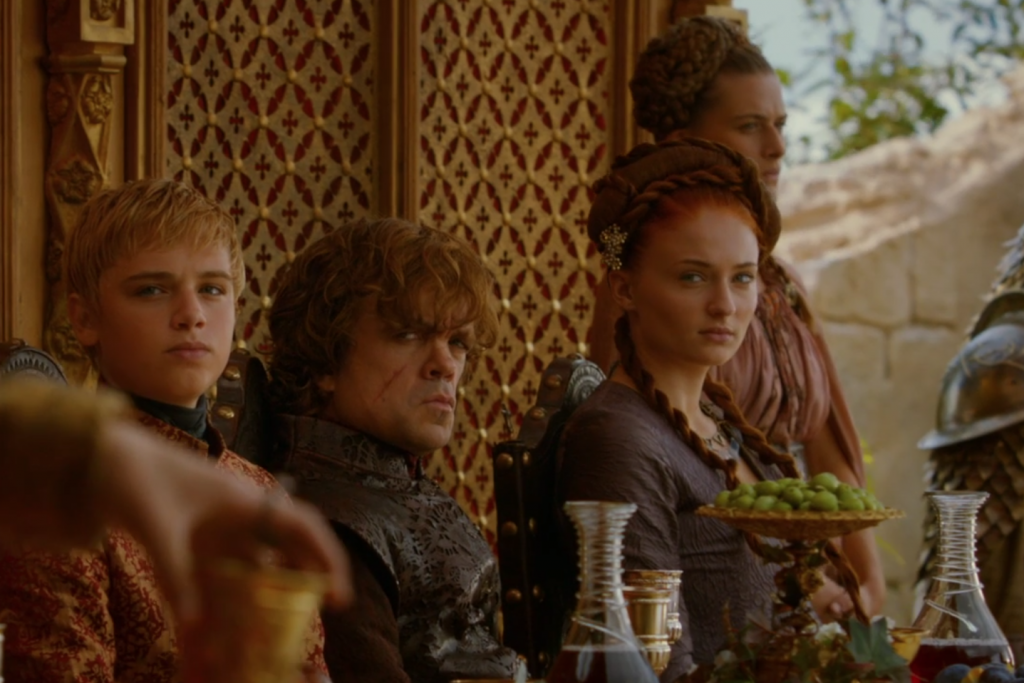 This article contains spoilers, in the first paragraph and beyond.

The final season of Game of Thrones is upon us, with its first episode premiering on Sunday, April 14. Fans are looking forward to many different things, but I’m especially excited to see the all of season eight’s characters reuniting, as virtually everyone still alive will find themselves in Winterfell trying to fight off the White Walkers and their army of wights. Here are my most anticipated reunions we might see this season.

Arya Stark has perhaps the most fascinating set of reunions we can anticipate this season. Based on this teaser, we’ll definitely get another emotional Stark reunion when she sees Jon Snow, the man who gave her Needle, her beloved sword. But I most look forward to her reuniting with King Robert Baratheon’s only known living bastard son, Gendry.

At the very minimum, Arya and Gendry were close friends from the end of season one until midway through season three, when Melisandre took Gendry for Stannis Baratheon to use his blood in a ritual. While there’s no questioning their friendship, there are many fans who also ship the pair based on the chemistry they had together, with this scene being perhaps the best example.

When King Robert spoke to Lord Eddard Stark — better known as “Ned” — about the planned marriage of his son, Joffrey Baratheon, and Eddard’s daughter, Sansa Stark, Robert said, “I have a son, you have a daughter. We’ll join houses.” That marriage never happened — Joffrey is dead and, in any case, wasn’t actually Robert’s son — so it’s easy to see how that line could be foreshadowing a relationship between Arya and Gendry instead.

But with the looming threat to Winterfell and all living people in and beyond Westeros, will the show spend any real time on potential relationships when there are more pressing issues to address this season?

Sansa and Tyrion Lannister were in a short-lived, forced marriage during Sansa’s time in King’s Landing. It was awkward — but much better than Sansa’s engagement with Joffrey or her later marriage to Ramsay Bolton. (It’s a low bar to clear, I know.)

Their time together ended when Joffrey was poisoned at the Purple Wedding, leading to Tyrion’s imprisonment and Sansa’s escape from King’s Landing with the help of Petyr Baelish — also known as Littlefinger — who mainly did it because he was thirsty for her.

While there was never any spark of romance, Tyrion was one of Sansa’s biggest allies in King’s Landing: He saved her from being disrobed by Joffrey as punishment for her brother’s battle acumen, and he was the only main character to notice Sansa went missing during a riot in King’s Landing.

Tyrion will likely be proud to see how much Sansa’s developed as a politician since their departure and how she was able to carry out Littlefinger’s execution.

Unlike Arya and Gendry, there should be zero potential romance in this relationship. But I do think their interactions will be positive, and they’ll certainly be able to bond over a hatred of Cersei Lannister.

[Read more: Review: Season three of ‘Queer Eye’ is more dynamic and diverse than seasons past]

Samwell Tarly was Jon’s best friend when they were both part of the Night’s Watch, but they haven’t seen each other since season five when Samwell departed for Oldtown to become a maester. Information that Samwell learns over his time training as a maester, combined with a season seven conversation he has with Bran Stark, revealed arguably the biggest piece of information in the history of the show: Jon Snow not only isn’t a bastard, but because he’s the child of Lyanna Stark and Rhaegar Targaryen’s legitimate marriage, he’s the rightful heir to the Iron Throne.

Samwell, along with Bran, will be faced with a decision to make in season eight: Tell Jon the truth about his parentage, or keep it a secret so he doesn’t distract Jon from fighting the White Walkers. The fact that Jon has already had sex with his own aunt, Daenerys Targaryen — and they don’t know they’re related — further complicates this matter, or at the very least will make things more awkward.

If Jon and Daenerys both survive the battle with the White Walkers and turn their sights to the Iron Throne, whether Samwell tells Jon could loom large for the future of Westeros.