Maryland softball is intent on cleaning up its pitching 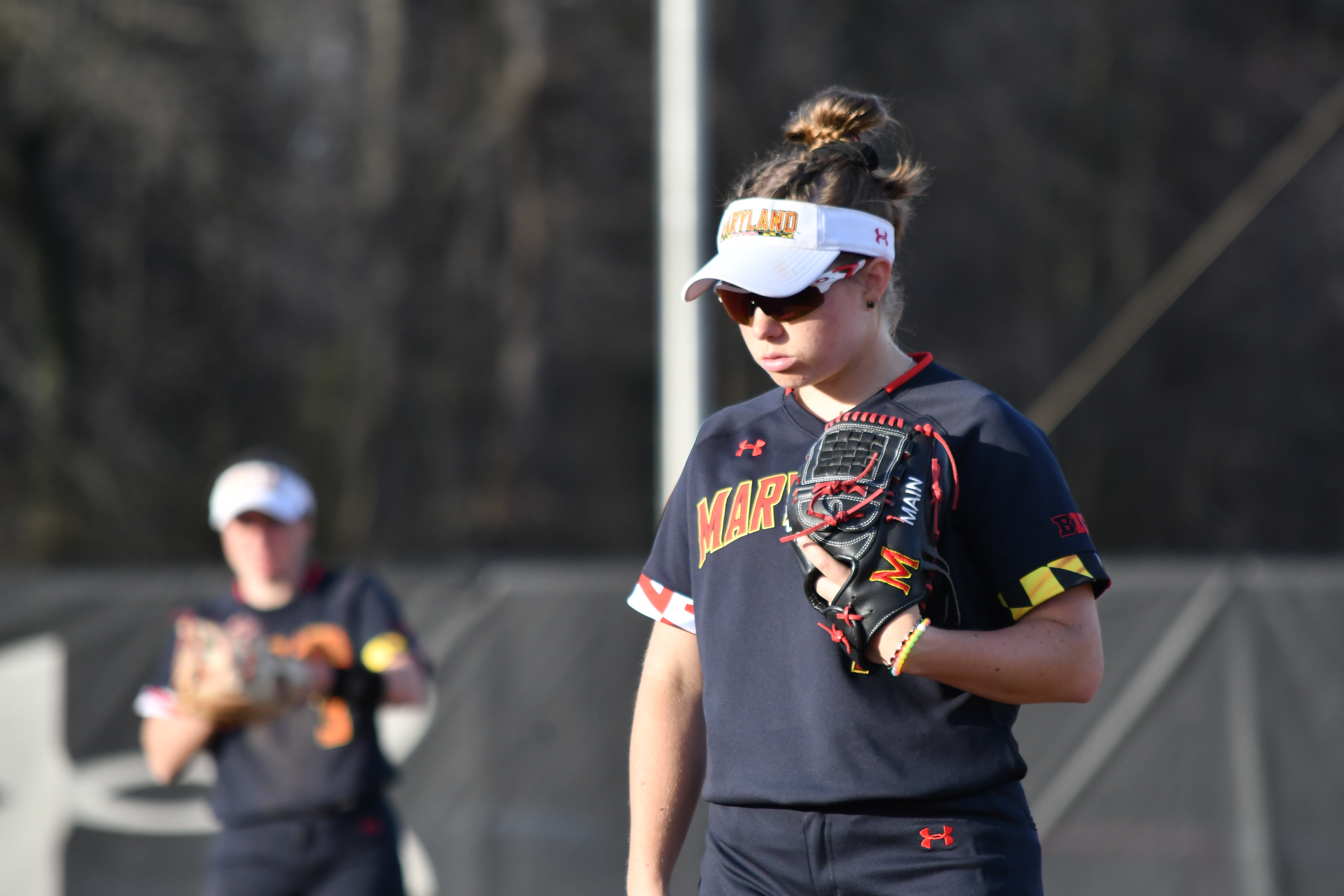 In a 19-5 loss to Minnesota on March 23, walks put on or scored nine of the Golden Gophers’ runs. A week later, six of Ohio State’s runs in a 10-1 loss came thanks to a walk, hit by pitch or wild pitch. The next day, the Buckeyes scored six of their 15 runs with the help of a walk or hit by pitch.

After an 11-game homestand that soured toward its end, the Terps are ready to get back on the road and take on Michigan State. But they’ll need to clean up their pitching to return to the win column.

“We, honestly, over the past two days, have grown leaps and bounds with our pitchers,” coach Julie Wright said. “I feel really good about where they’re going. They’ve talked a lot with each other about what they need to improve.”

The Terps issued a staggering 17 walks to Ohio State in the final two games of the series. That lowered their strikeout-to-walk ratio to 0.71, ranking 279th out of 295 Division I teams.

“That’s just one thing that’s kind of been killing us,” senior pitcher Sami Main said. “[Pitching coach Tori Finucane] has designed our workouts around what she thinks we need to improve upon, like hitting the corners a little bit crisper.”

Right-hander Sydney Golden commanded the circle in Maryland’s Friday night win over the Buckeyes, tallying three strikeouts and no walks. But Golden fell ill and was unavailable for the remainder of the series, and the pitching staff had a hard time stopping the Buckeyes’ firepower.

Main, who has had to learn how to prepare for being both a starter and a relief pitcher, struggled against Ohio State.

“There’s different parts of the game that you have to be aware of when you’re coming in relief,” Main said. “But with starting, you have to set the tone. … You want to get those three outs with no runs scored so that your hitters can come in and get the first run on the board.”

She couldn’t accomplish that during her start Saturday, exiting after 1.2 innings and the Buckeyes putting six runs on the board. Then on Sunday, Main relieved redshirt freshman pitcher Victoria Galvan at the top of the sixth as Maryland trailed 10-3.

The Terps used every pitcher except Golden on Sunday, trying and failing to find a way to stop the Buckeyes. After the two big losses and getting swept by Minnesota, Wright said her pitching staff is taking strides toward improvement.

“We’ve had some great discussions over the last two days with the pitching staff,” Wright said. “Not just about what it is, but how to do it. And that piece, they haven’t always focused on as hard as we wanted them to.”

To start the season, Maryland went on its customary trip around the nation, beginning the year with five consecutive weekends on the road.

But the Terps hosted the following 11 games, winning the first four before closing the homestand 1-6 as the quality of opponent ramped up. So, the Terps are looking forward to hitting the road against the Spartans, returning to a more familiar schedule.

Michigan State has been a second- or third-tier team in the Big Ten, offering a welcome respite from the likes of Minnesota right-hander Amber Fiser, who owns the fifth-best ERA in the conference.

“We saw some of the best pitching that is in the Big Ten the past two weekends,” center fielder JoJo McRae said. “If we can do well off of that, then we’ll be fine.”

The bigger question, then, is whether the pitchers can turn the results from practice into the game.