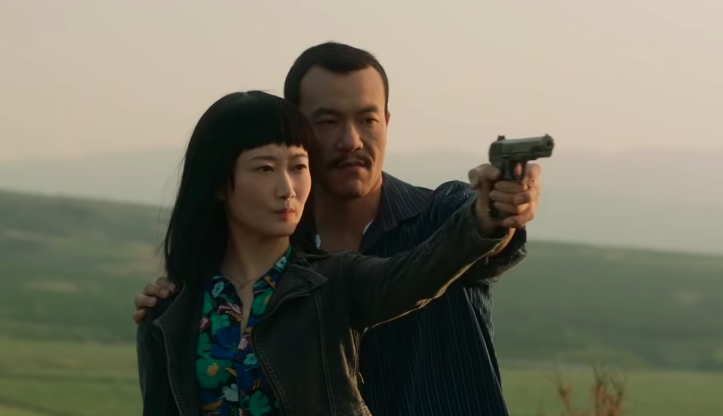 In a hauntingly resonant film of love, betrayal and self-discovery, Chinese filmmaker Jia Zhangke crafts a compelling narrative of a misfortune-ridden protagonist in Ash is Purest White.

Zhao Tao stars as Qiao, a sharp, ambitious and charming woman who must balance and navigate her aging father’s connections to mining protests and the shady dealings of her shifty boyfriend Bin (Liao Fan).

Although some points in the film come off as confusing or a tad disjointed, anytime Zhao is onscreen there is no question you’ll be captivated by the craftiness and likability her character exudes.

Her confident strut, the way everyone calls out her name and the subtleties of her facial expressions prove that Qiao has a lot of potential and a tough bout of rising action ahead of her.

Right off the bat, Bin is undoubtedly trouble for Qiao. He’s characterized as a small-time mobster who runs a seedy nightclub with a shady crowd — cuing the audience that it’s best for Qiao to steer clear of him. For all of his exploits, though, you almost become grateful that Jia opts not to detract from Qiao’s storyline with Bin’s shenanigans and questionable decisions.

Liao is able to deftly make Bin deeply unlikable, yet still human enough that his relationship with Qiao remains believable. Qiao sticks by Bin’s side, even as he illegally carries a gun and becomes more of a target from potential rival gangs. Her nobility almost levels Bin’s unpredictability in a way, as she urges him to be merciful and cautious.

Outside of Qiao and Bin, none of the minor characters leave a lasting impression. And given that Bin was unknowingly the main obstacle in Qiao’s path, it would have been nice for someone else to step up to attract attention or to support Qiao in some sense.

The film takes place over the course of 17 years, from 2001 to the modern day. While the subtle time jumps are sometimes hard to distinguish, the thoughtful costuming, specifically for Qiao, clearly denotes the lapses and the changes in her character.

In her youth, Qiao sports a chic bob and trendy, vibrant outfits. After a stint in jail, she trades that for a ponytail and a modest, soft yellow collared-shirt. As time goes on and Qiao aims to rebuild her life, she dons darker, sleeker clothing, a symbolic suit of armor to protect against the wrongs from her past.

Some aspects of the film felt improperly addressed. In Qiao’s hometown, the protesting of the miners were mentioned sparsely, but the storyline never truly panned out. Also, what on Earth was with that random UFO scene?

Jia still demonstrates his ability to characterize someone so completely that you almost want to reach out through the screen to hold them. Zhao’s expert acting also contributed to a character so fascinating in the way she was equal parts cunning and endearing.