Review: ‘Us’ is bigger, scarier and not quite as good 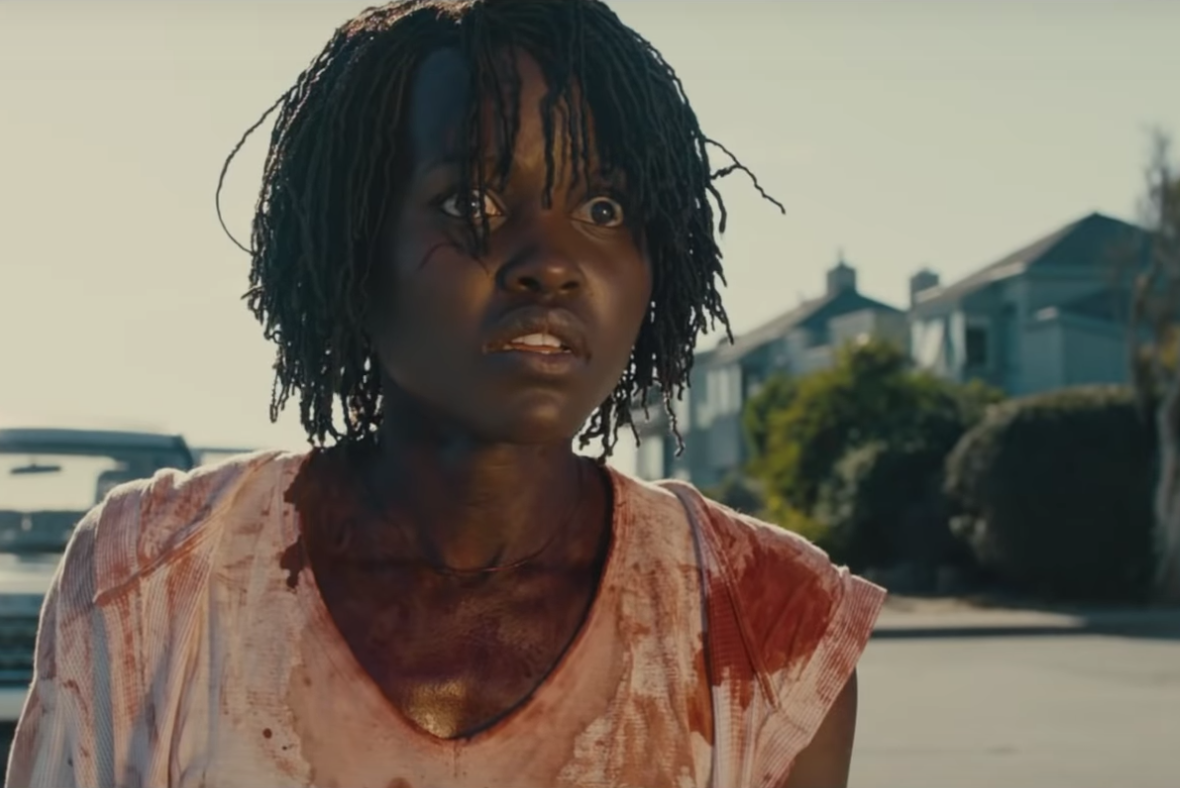 Many episodes from the original run of The Twilight Zone have stood the test of time, and for good reason. “Time Enough at Last,” “The Hitch-Hiker” and “The Monsters Are Due on Maple Street” — all of which come from the show’s first season, nearly 60 years ago — are just as terrifying as feature-length horror classics from Alien to A Quiet Place.

One of the less famous and not-that-scary Twilight Zone episodes goes by the name of “Mirror Image.” In it, a woman meets an exact duplicate of herself, whom she believes is from another dimension and out to replace her.

Jordan Peele, executive producer of the upcoming Twilight Zone reboot, was inspired by this episode to make Us, his latest film since his 2017 breakout, Get Out. Peele substitutes some of the deeper meanings of Get Out for more effective scares, but Us is still a solid horror film.

Adelaide Wilson (Lupita Nyong’o) is married to Gabe Wilson (Winston Duke) and mother to Zora and Jason Wilson. The family’s vacation is abruptly cut short when a family of doppelgangers comes out of the sewers, appears in front of their beach house and begins terrorizing them.

Us has enough twists and turns to be gripping for the entire just-under-two-hour runtime. Nyong’o’s acting and Peele’s ability to weave together horror and comedy are phenomenal as ever. And the concept of people who are not-quite-you coming out of the sewers to replace you is terrifying in a very primal way — especially for someone like Peele, who exists in an industry that’s always looking for the next big thing.

Peele himself has said that Us is a horror movie, rather than the documentary that was Get Out. This is good if you’re only in it for the spook factor, but Us comes off as more formulaic than its predecessor, right down to the final twist that was foreshadowed way too heavily to actually be much of a surprise.

This isn’t to say Us is without finesse, however. The doppelgangers of Adelaide’s family are more tethered to what Adelaide wants than anything else — her husband’s lookalike never speaks, her daughter’s lookalike is smiling and obedient and her son’s lookalike is always at her own lookalike’s side.

Adelaide often finds herself shackled, but she doesn’t let that slow her down. Her daughter shares a name with the author of Their Eyes Were Watching God, a classic novel about being a black woman in America. Rabbits, a recurring image, are hidden throughout the film, as are references to classic horror movies like The Shining.

Unfortunately, all these aspects seem disjointed and don’t work together toward anything in particular. The lookalikes coming from the sewers, the opening title card stating that there are thousands of unused tunnels underneath the United States, the creepy old man warning of impending doom via Biblical verse, the rabbits that pop up all over the place — what grand purpose does any of this serve, other than the fact that it’s creepy?

Us tries to do too much all at once for no real reason. This is all in contrast with the plot points of Get Out, which work together to reinforce the message that white America’s fetishization of black people is a serious problem, all while being decently scary.

In his latest effort, Peele focuses too much on making things scary and not enough on constructing a cohesive overall theme — Us just has a bunch of individual symbols working independently. Like Rod Serling, Peele is clearly capable of making works that are both spine-tingling and insightful. It’s just a matter of time until he strikes the perfect balance in one movie.