Maryland could face Duke in the Elite Eight in Washington, D.C. 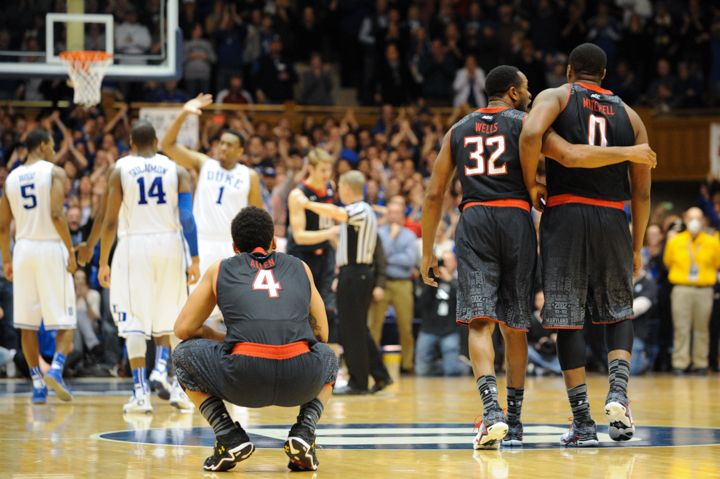 On Sunday, the bracket for the NCAA men’s basketball tournament was released, with Maryland making its fourth tournament appearance in five years. The Terps are a No. 6 seed, scheduled to face either No. 11 Belmont or Temple on Thursday at 3:10 p.m. in Jacksonville, Fla.

While Maryland will be focusing on its first game before looking ahead to any further tournament games, we don’t have to. A look at the entire East region of the bracket provides Maryland with the possibility of a very juicy pair of games in the Sweet Sixteen and Elite Eight to be played in Washington, D.C.’s Capital One Arena.

If they win their first two games, Maryland could then get a second chance at No. 2 Michigan State, the regular co-champions of the Big Ten and the Big Ten conference tournament champions, in the Sweet Sixteen. Maryland’s lone regular season meeting with the Spartans took place at the Breslin Center, where the Terps were comfortably beaten, 69-55. Maryland has not beaten Michigan State since Melo Trimble was in school, losing its last three meetings with Tom Izzo’s squad.

If Maryland’s able to get past the Spartans for the first time in over two years, its next game would likely come against No. 1 Duke in the Elite Eight. We’re going to assume you, a reader of a blog about Maryland sports, are familiar with the history of Maryland playing Duke in men’s basketball.

However, if you need a refresher, the two schools have not played since Maryland left the ACC to join the Big Ten after the 2013-14 season. Maryland lost its last meeting against Duke 69-67, on Feb. 15, 2014 at Cameron Indoor. However, the Terrapins were able to beat Duke twice during the 2012-13 season. In fact, Maryland’s last meeting against Duke on a neutral court ended in a Terps victory.

Of course, there’s no guarantee either of these matchups happen. Michigan State hasn’t made the Sweet Sixteen since 2015, while Duke has only made the Elite Eight three times in the last eight seasons.