Maryland men’s lacrosse moves up to No. 6 in latest Inside Lacrosse poll 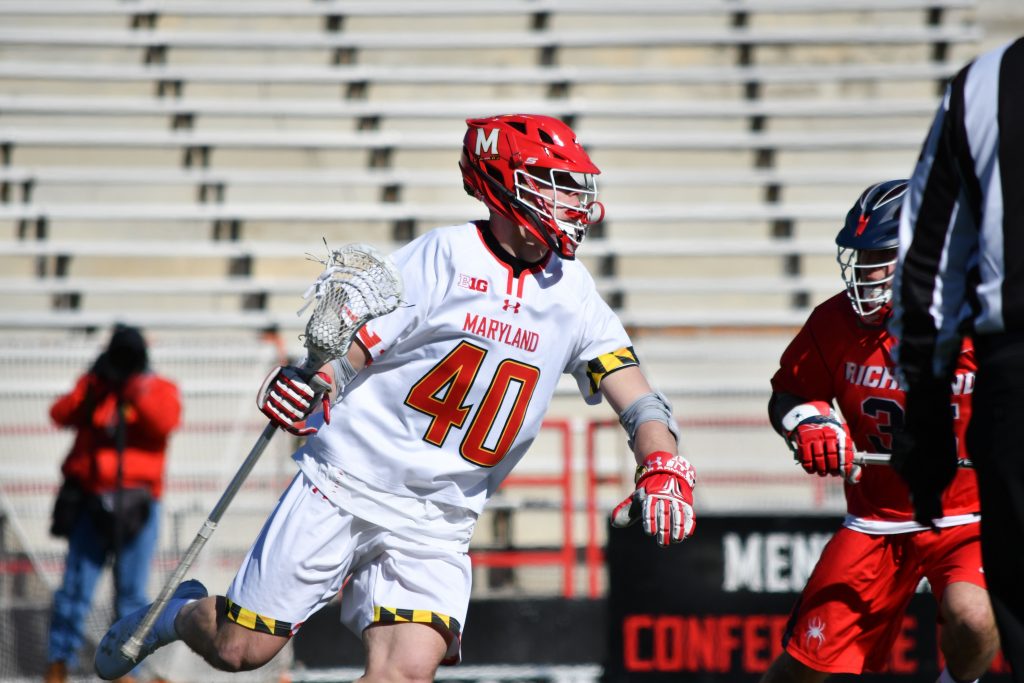 With a win against Albany on Saturday and movement among teams ahead of them, Maryland men’s lacrosse moved up one spot to No. 6 in the Inside Lacrosse media poll released Monday.

The Terps (6-1) had dropped from No. 2 to No. 7 after last week’s loss to Notre Dame but found their winning form again with a 14-9 triumph over the Great Danes. Loyola, Towson and Cornell — which all slotted ahead of the Terps in last week’s rankings — each lost this week, though the latter two remained in the top five.

Penn State (6-1) moved into the No. 1 spot as the Big Ten’s highest ranked team for a second straight week. The Nittany Lions received 14 of the 27 first-place votes, while Maryland received one.

Maryland will host Villanova (3-3), which received votes, on Saturday at Maryland Stadium. The Wildcats are currently on a two-game losing streak, having lost both of their games in the Philly 4 Lacrosse Classic last weekend, which dropped them out of the rankings from No. 11 in last week’s poll.