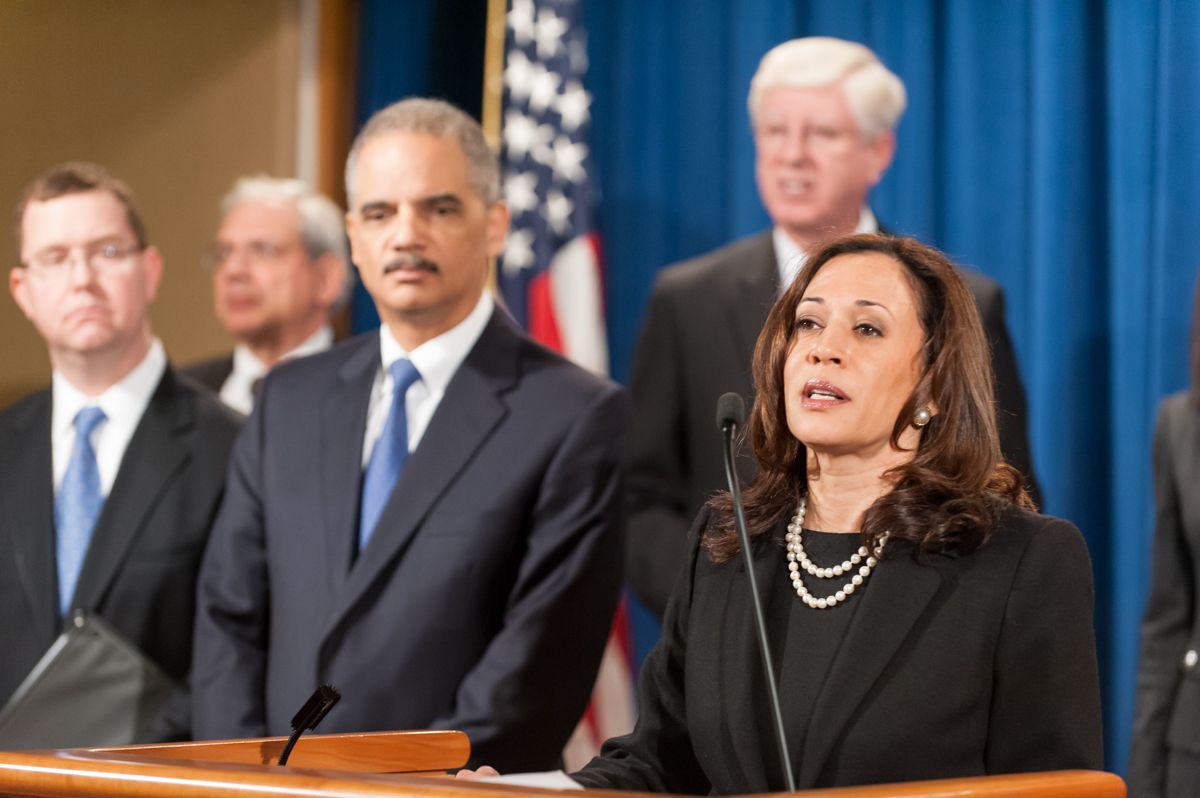 If you’ve been paying attention to the news, sitting near a TV or know what year it is, you know that the presidential election of 2020 has — for all intents and purposes — begun. It seems like every adult with a resume has declared they’re running, or are at least pondering a run. I find election-related news to be frantic and confusing, but there is one aspect of the race that people are finding exciting: Women are running.

That’s right — women. Not just one. Multiple women have declared that they are running, including Sens. Kamala Harris, Elizabeth Warren and Kirsten Gillibrand, Rep. Tulsi Gabbard and self-help author Marianne Williamson. 2020 will be the first presidential election cycle with so many women.

Actress Amber Tamblyn has shared the excitement. In a recent interview, she discussed how important it was for there to be women candidates. She also declared that she isn’t interested in voting for Bernie Sanders in the primaries because she will be voting for a woman.

While destroying the patriarchal presidency is something everyone can get behind, thinking like this can be harmful and limiting. We shouldn’t be voting for people solely based on identities or markers. Votes and support need to be rooted in the candidate’s platform and views.

It’s not enough to assume that female candidates are deeply invested in protecting women or promoting women’s rights. We have to investigate — is this candidate really trying to help women and marginalized peoples? Or, for instance, is she only trying to help wealthy white women at the cost of everyone else? In such a case, it shouldn’t matter if the candidate is the only woman in the race.

Representation is incredibly important, and this country is long overdue for a woman president. It is essential that our government be representative of everyone, not just white men. But we cannot have a reactionary response to what happened in the 2016 election and over the past two years and vote in someone with awful politics simply because she’s a woman. Tamblyn’s enthusiasm functions as a warning not to fall for the dream of having a woman president to the exclusion of all else.

This is not to argue against Tamblyn completely. Positive attitudes towards woman candidates may mitigate the sexist obstacles they face that their male counterparts get to avoid. Women who run for office are dissected for their likability, style, personality, appearance and speech patterns. Either such unfair attention needs to stop, or male candidates should also be subjected to this intense scrutiny.

Furthermore, as we saw in the 2016 election, women candidates are likely to be targeted and vilified by opposing parties for being too assertive. Enthusiasm like Tamblyn’s may mean that media outlets and public attention can finally overlook irrelevant aspects of women’s lives and start focusing on important things, like ideas and promises for the future.

Basically, this country (and the world) is on fire, and we need the best, most prepared and most capable person to work on extinguishing it. If that person is not a woman, so be it. But if she is, it would be so much better.