Students are directly affected by UMD’s budget. The university should take their input. 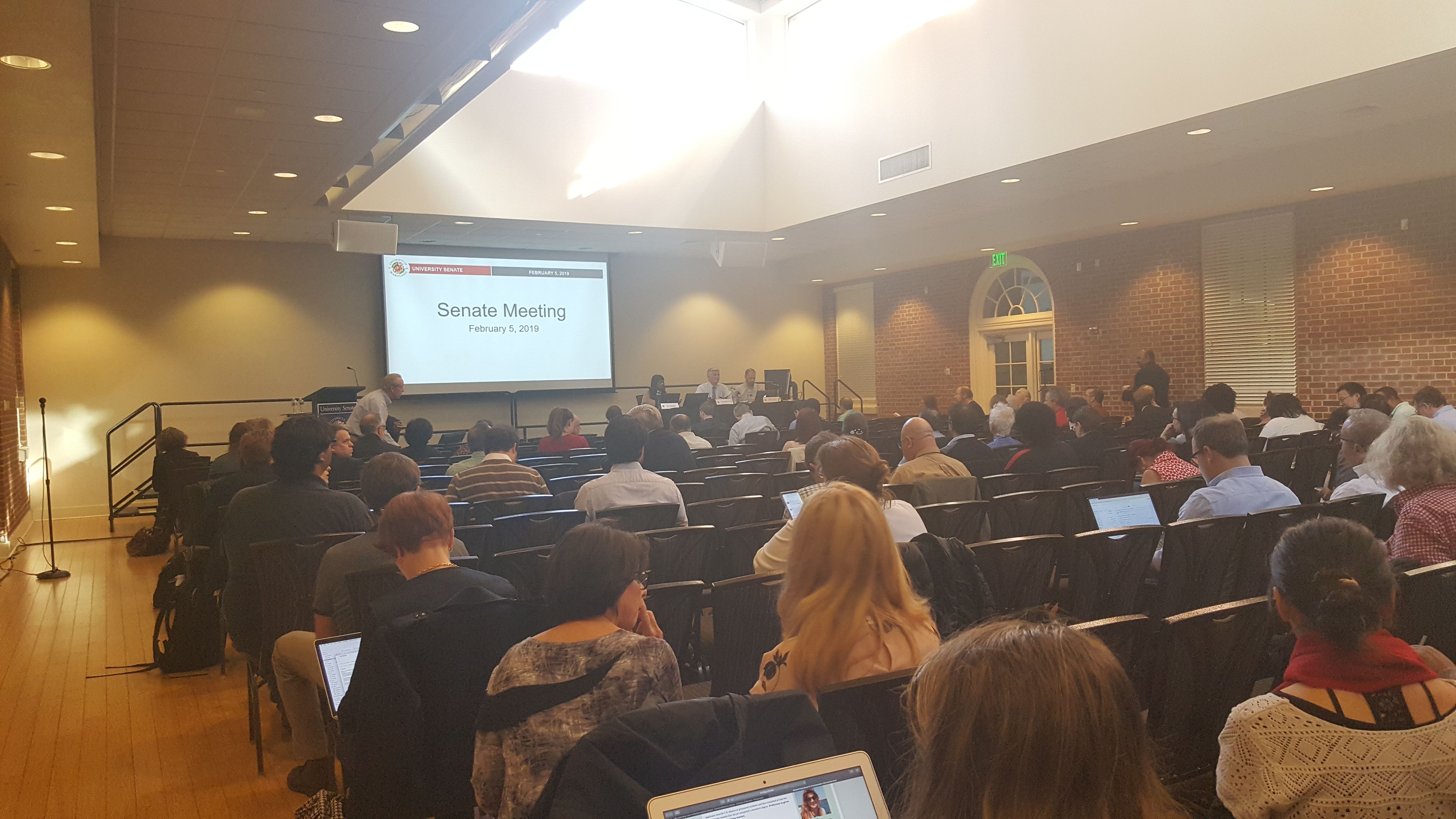 The University Senate could be adding a Budgetary Affairs Committee, which would give the body a more active role in campus financial decisions.

The senate uses a shared governance structure that includes faculty, staff, students and administrators. It allows for direct collaboration between students and more experienced professionals, all of whom senate floor proposals affect.

After the year this school has had, more student involvement in campus decisions is exactly what it needs. The decisions made by the University System of Maryland’s Board of Regents suggest either a complete disconnect with, or a complete disregard for, the interests and needs of students.

Who better to advocate for students’ best interests than students themselves? They are, after all, the ones walking to class every day, using campus spaces for living and learning and investing their time and money to earn a degree, gain new skills and have more experiences.

Even seemingly minute details can make a big impact on a student’s daily life. The sparsity of student-accessible microwaves can make it harder for those who bring their lunch from home to fit in a hot meal between their various classes and activities. In certain libraries and study spaces around campus, outlets are few and far between, making it that much harder to find a proper spot to study around finals week.

At a school as large as this university, and with so many different people involved in campus affairs, it’s no surprise many students feel like they’re an afterthought. Just recently, the lack of transparency about the construction and delegation of space in the new Iribe Center sparked outrage among computer science students. At a town hall discussion, they made it clear they felt slighted by the lack of student input in the decision-making process — even though those decisions directly affected their education and opportunities on the campus.

If you believe the theory of psychological egoism, even apparently altruistic acts are inherently motivated by self-interest. When university decisions are primarily made by wealthy people — such as the Board of Regents — it’s easy to conclude that the motivation of those decisions will be first and foremost economic.

Students, on the other hand, should be allowed to be selfish in these decisions. At the end of the day, the university is an educational institution. Its mission statement is “to provide excellence in teaching, research, and service” and to be “the institution of choice for Maryland’s undergraduates.” Right now, that promise seems to have been forgotten in a sea of politics and finances.

University President Wallace Loh has made it clear that his main goal is to make the university more money. His coming departure is the perfect opportunity to redefine the role of students in university decision-making. By increasing cooperation between the incoming leadership of the university and our senate, we can better utilize the shared governance structure that is already in place and give students a more tangible influence at this university.

The proposed Budgetary Affairs Committee is the first of many necessary steps toward this goal. The university says it wants to be the “institution of choice” for students — it should start by giving the students a choice.