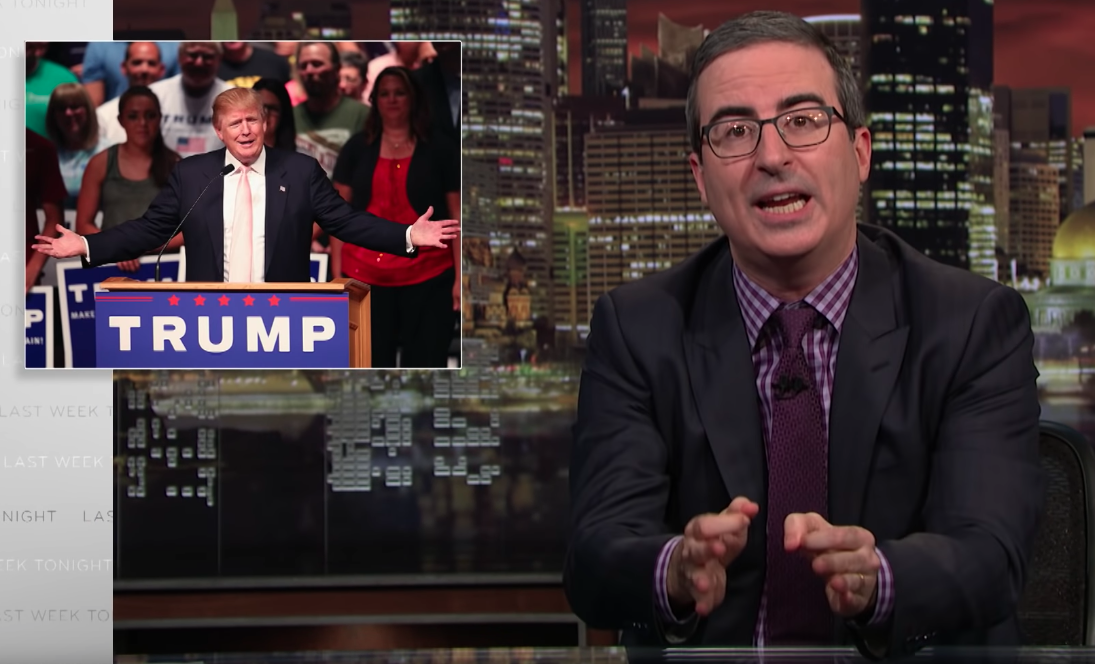 Last Week Tonight with John Oliver quickly set itself apart from other political comedy shows when it came onto the scene in 2014. Like its competitors, Last Week Tonight takes a satirical look at a plethora of stories from the week, the HBO show’s calling card is a deep dive on one major well-researched subject per episode. Six seasons in, the format still works, but the show could stand to pick some more pressing subject matter.

Last Week has aired three episodes so far this season, focusing on Brexit, automation and psychics. Only two of those issues are especially urgent.

The sixth-season premiere on Brexit was promising, expertly hopping from silly jokes at English people’s expense to serious evaluations of the possible yet unknown impact of the U.K. leaving the EU. This is the show’s bread and butter, or maybe its beans on toast. One minute Oliver is hilariously lampooning a serious situation, and the next he brings a serious weight to the story, grounding it and grabbing the audience’s attention. Unfortunately for Oliver, the show hasn’t reached the same level of exigence since its season premiere.

Sunday’s episode, focusing on the automation of many American jobs and its possible effects, was an interesting piece. The show managed to connect the issue to the modern political landscape as President Trump continuously pushed for jobs to stay in America, which, in the case of the ventilation company, Carrier, actually prompted more automation. The effort was solid, and the few outrageous moments were hilarious, but it was tough to get invested in the show’s subject matter when it seemed like there were more newsworthy topics at hand. The automation deep dive was well-researched and important, but it may have been better suited for a later season slot, given the President’s ex-lawyer had testified in front of Congress earlier that week.

The same goes for the episode focusing on psychics. Oliver outs the industry as a scheme to take vulnerable people’s money, outlining the emotional and psychological damage that can be done when people buy into a psychic’s claims. Though the segment is genuinely interesting, it lacks timeliness, which has usually been a staple for the show.

The show always has one huge plus going for it: It’s absolutely hilarious. There’s no end to the ridiculous humor, and Oliver’s repeated jokes or motifs come across as a solid comic rhythm than beating a dead horse. Oliver has said in the past that his favorite part of the show is using HBO for silly, ridiculous things, such as dubbing Gilbert Gottfried over Jared Kushner.

Oliver is a fantastic host, and his emotion, excitement and pacing are perfect for the show’s format. He is the show’s heartbeat and he’s keeping it alive and watchable even while we wait (and wait) for the bigger stories.

This season is just getting started, but after a brief hiatus, the show’s choices in topics could be a bit more exciting and relevant. There’s a long road ahead, and people are already prepping for the 2020 presidential election. Hopefully, when Last Week Tonight does get around to more important issues, it’ll be as well-researched and hilarious as ever. Two of this season’s first three episodes felt like fillers, but hopefully they’ll hold up better upon revisiting.