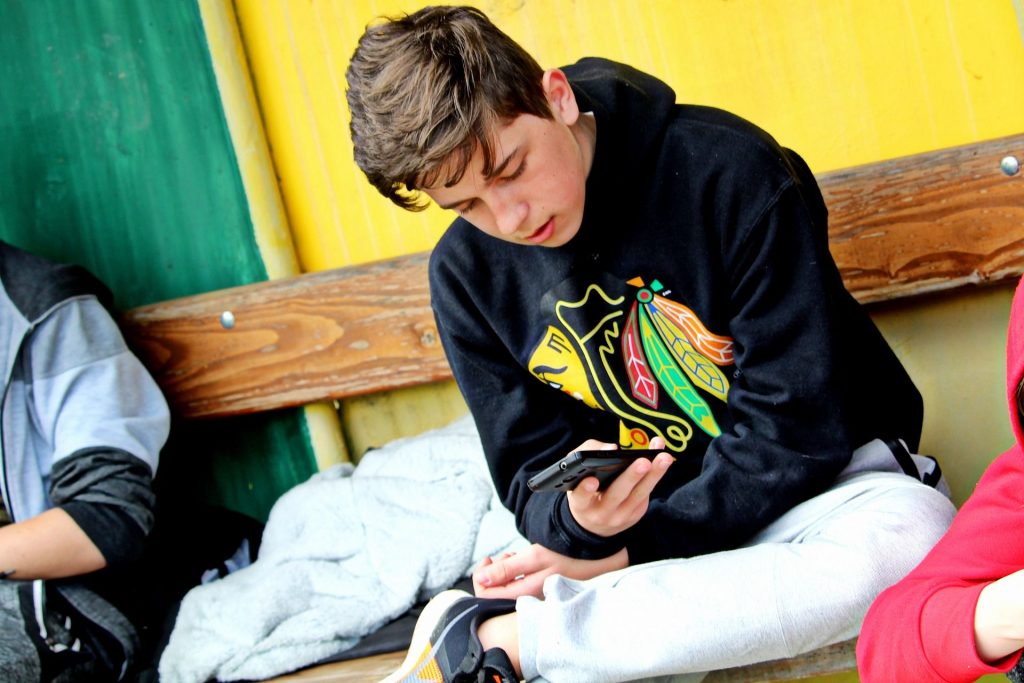 A boy on a smartphone. Photo courtesy of Pixabay.

Smartphones are arguably one of the most influential pieces of technology ever developed. An essential tool in facilitating the democratization of the internet, smartphone ownership amongst American adults has increased from 35 percent to 77 percent since August of 2011. They allow us to instantly communicate with people across the world, navigate our way through unfamiliar neighborhoods, and connect with new information and ideas as soon as they are published.

Nearly every American adult suddenly has a tiny computer in their pocket which offers a portal to communication, entertainment and distraction. It’s getting increasingly difficult to keep our eyes off these devices for even a moment. The reality of society’s preoccupation with smartphones was reflected in a quote from Kristin Stretcher in a New York Times article: “Doing no screen time is almost easier than doing a little,” the former social computing researcher said.

But we are far past that point. It’s unrealistic to think that one could quit their smartphone cold turkey and continue with their life as before. Unless you plan on committing fully and moving to a secluded cabin in the woods, modern society more or less expects you to have a smartphone.

So what can we do? Tech executives in Silicon Valley are aware of the negative and addictive effects of smartphones and tablets, and have been some of the most outspoken against children’s use of such devices. Former Wired editor Chris Anderson has strict rules for his children in regards to tech use. In the same article, referring to the addictive qualities of technology, he said that “on the scale between candy and crack cocaine, it’s closer to crack cocaine.”

The restrictions for the children of Silicon Valley range from absolutely no screens in the home, to no phones until high school, to the restriction of all media consumption, to one movie watched per week as a family according to the Times. For these children, it’s a different world from the binge-watching, social media addicted childhood many experience.

These restrictions are a symptom of extreme privilege. Parents working in tech not only have access to the information on the harmful effects of screen addiction, they have the resources to do something about it. Parents know how difficult it can be to restrict anything from a child, let alone something as addictive as smartphones. Those who work full time rarely have the time or emotional patience to fight back and forth with a child over iPad access and deal with the inevitable tantrums.

Many tech executives are having their nannies sign “no-phone contracts” which ensure not only that they won’t expose the kids to screens, but that the nannies are not checking their phones in front of the children as well, unless in case of emergency or to contact the parents. Parents in Silicon Valley are essentially outsourcing their children’s tech diets, which is a service only the wealthiest in this country can afford.

Technology in education was once seen as a sign of class divide, but companies have worked with many low-income school districts to push products into classrooms as early as 1st grade.

While building technological literacy prepares students for an increasingly digital world, there is little evidence to suggest technology in the classroom improves learning, and some suggest it actually hurts student performance. A study on classrooms with varying levels of technology done at the U.S. Military Academy found that students in classrooms with no internet-enabled devices did best on the final exam.

Screen time has been shown to have effects on ability to read nonverbal cues, as well as mental and physical health. Parents need to be educated and provided with realistic measures to combat overuse of screens. Technology firms need to be held accountable for the way they make and market their products toward children. Screen addiction is a public health issue, and there must be an appropriate policy response to this growing epidemic.