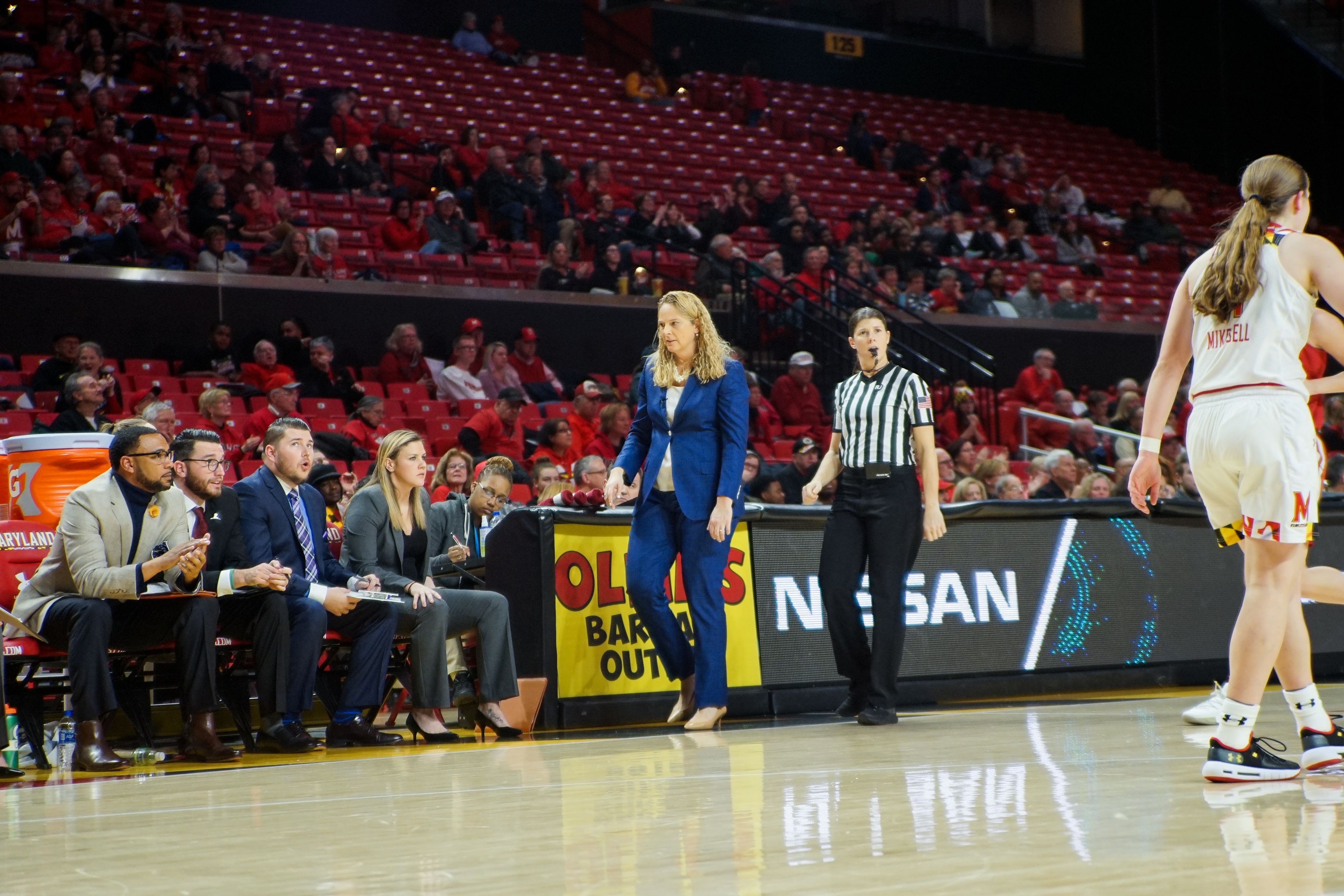 Coach Brenda Frese walks back toward the bench during Maryland’s 75-57 win over Wisconsin at Xfinity Center on Jan. 31, 2019. (Corey Hart/The Diamondback)

Maryland women’s basketball coach Brenda Frese was named Big Ten Coach of the Year on Monday, winning the award as voted on by both the coaches and media.

It’s the second time Frese has received the honor as the Terps’ coach. She previously earned the award after her lone season at Minnesota in 2002, and at Maryland in 2015.

In her 17th season at the helm, Frese led No. 8 Maryland to a conference championship — the Terps’ fourth in five seasons — a 26-3 mark overall and a 15-3 record in the conference.

But Maryland’s 2018-19 campaign wasn’t without adversity.

The Terps were handed their first loss in a 73-65 home upset to Rutgers, and the team suffered two double-digit defeats at the hands of No. 10 Iowa and then-No. 17 Michigan State. But Frese’s squad was always quick to move on.

After each defeat, Maryland responded with a win streak, and by closing the year with 11 victories in 12 games, Frese’s squad captured the top seed in the Big Ten tournament, which begins Wednesday.

Prior to the season, the Terps were pegged as the favorites to win the conference title. And despite some letdowns and periods of inconsistency, Frese and her team stayed the course to capture the Big Ten crown, one that eluded them a season ago.