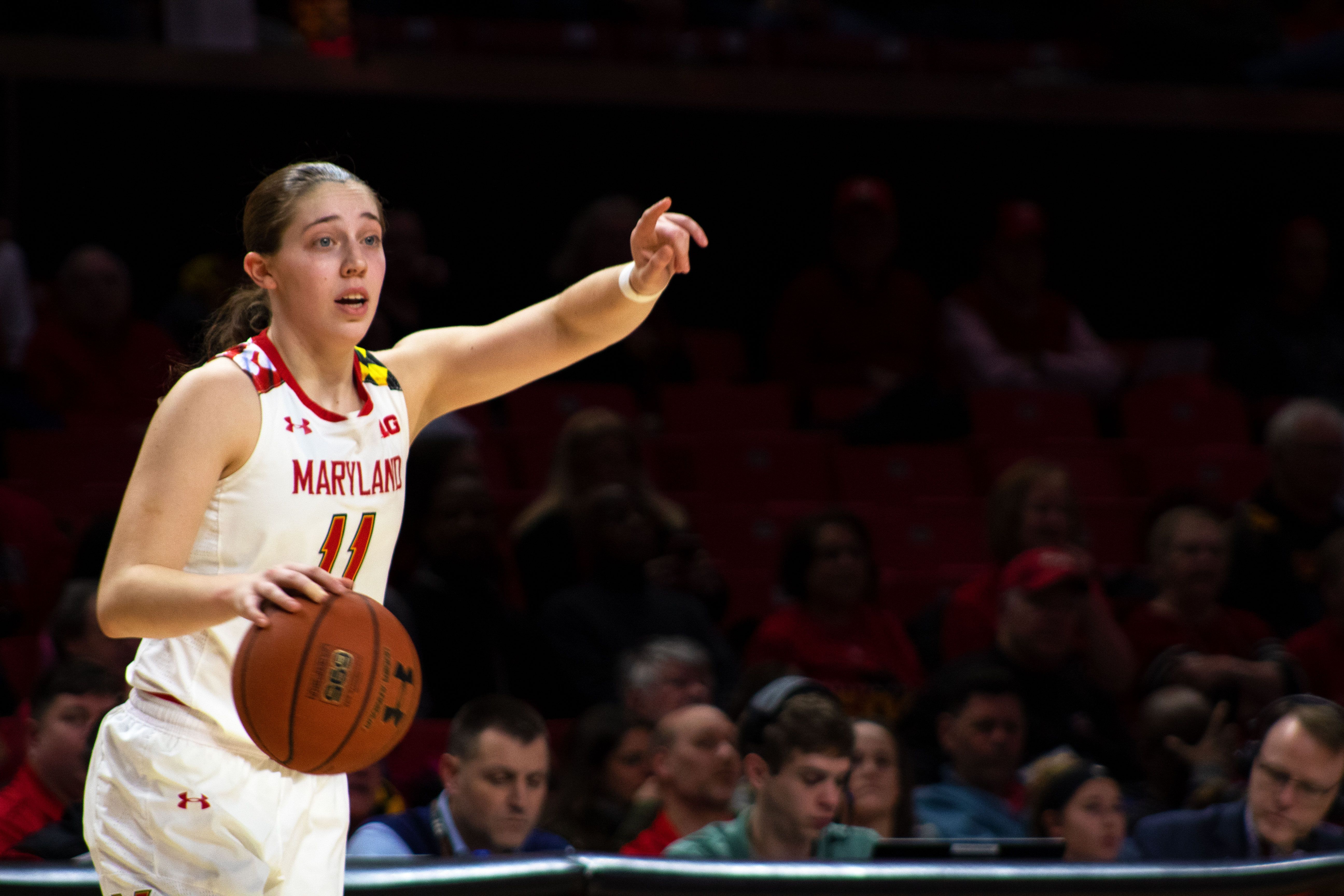 Guard Taylor Mikesell calls out a play during Maryland’s 83-69 win over Michigan at Xfinity Center on Jan. 12, 2019. (Frances Moyonero/The Diamondback)

Guard Kaila Charles was a unanimous first-team selection for the second straight year by the conference’s coaches and media. The Glenn Dale native averaged a team-high 16 points — fifth-most in the Big Ten — on 49.3 percent shooting and added 6.4 boards a contest.

Alongside Charles, guard Taylor Mikesell was also a first-team selection by the media and was slotted on the second team by the coaches, in addition to her Freshman of the Year honor. She scored 13.9 points per contest and topped the Big Ten with 86 triples on 43 percent shooting during the campaign.

Mikesell set the Terps’ freshman record for made 3-pointers in a season, a feat which also helped her to the conference All-Freshman team. Forward Shakira Austin averaged 8.4 points and 10.1 rebounds per game — good for fourth in the Big Ten — and was also named a freshman first-teamer.

[Read more: After gutting out a Big Ten title, Maryland women’s basketball is ready for the postseason]

Austin also made the all-defensive team, with her 77-rejection total just three shy of the Maryland record of 80 blocks in a year set by Kris Kirchner during the 1978-79 campaign. Austin’s 2.7 blocks per game rank second in the Big Ten.

Austin was also an honorable mention in the media’s all-conference team.

Forward Stephanie Jones was the only other Maryland player to be honored. The junior was named second-team All-Big Ten by the media and an honorable mention by the conference’s coaches after averaging a career-high 13 points a game on 57.5 percent shooting — third-best in the Big Ten — while grabbing 6.2 rebounds a matchup.