Maryland women’s basketball remains at No. 8 in AP poll for third straight week 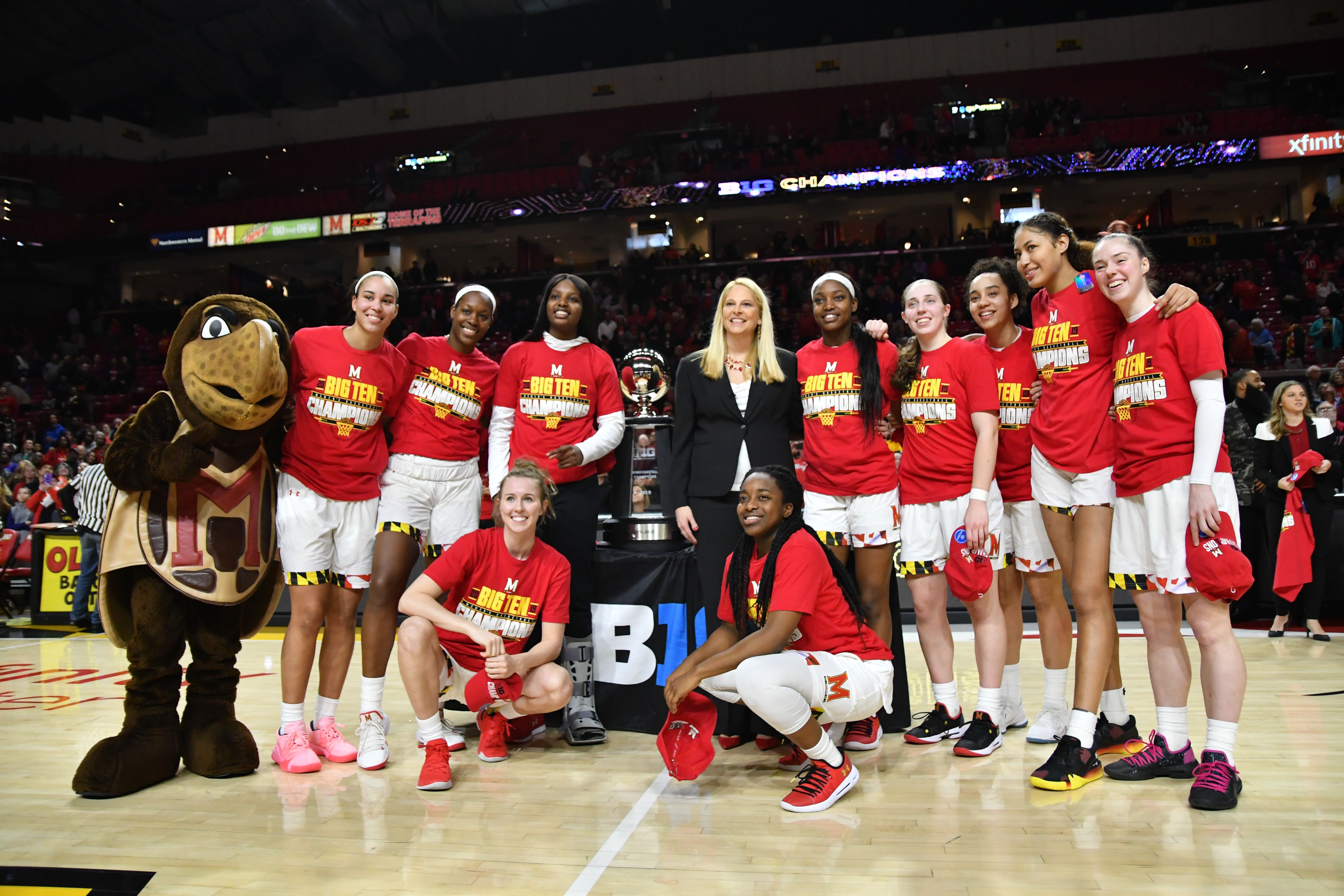 The women's basketball team poses with the Big Ten regular-season title trophy after their 71-62 win over Illinois at Xfinity Center on March 2, 2019. (Alex Chen/The Diamondback)

Maryland women’s basketball stayed at No. 8 in the Associated Press poll released Monday.

The Terps went undefeated in a pair of games last week to improve to 26-3 overall and 15-3 in the Big Ten, a feat which earned the squad its fourth conference crown in five tries.

Last Monday, Maryland prevailed in a 58-55 defensive struggle against Purdue. Behind 36 combined points from guard Kaila Charles and forward Stephanie Jones, the Terps overcame a season-low 23 first-half points and a 10-point second-half deficit to outlast the Boilermakers.

And in Maryland’s final regular season contest, a 71-62 defeat of Illinois on Saturday, the team used a 10-2 early game blitz to pull ahead 24-14. And despite an Illini surge after halftime that brought the squads even midway through the third quarter, the Terps used a nine-point run to put the upstart underdogs away for good and clinch the top seed in the Big Ten tournament.

For the third consecutive week, Iowa was the only other Big Ten team to appear in the poll; the squad moved up two spots to No. 10.

By thrashing Maryland, 86-73, in the teams’ lone meeting this season, the Hawkeyes, who earned the No. 2 seed in the conference tourney — are the clear favorites to challenge the Terps for the tournament crown, much like Ohio State did in beating Maryland at that stage a season ago.