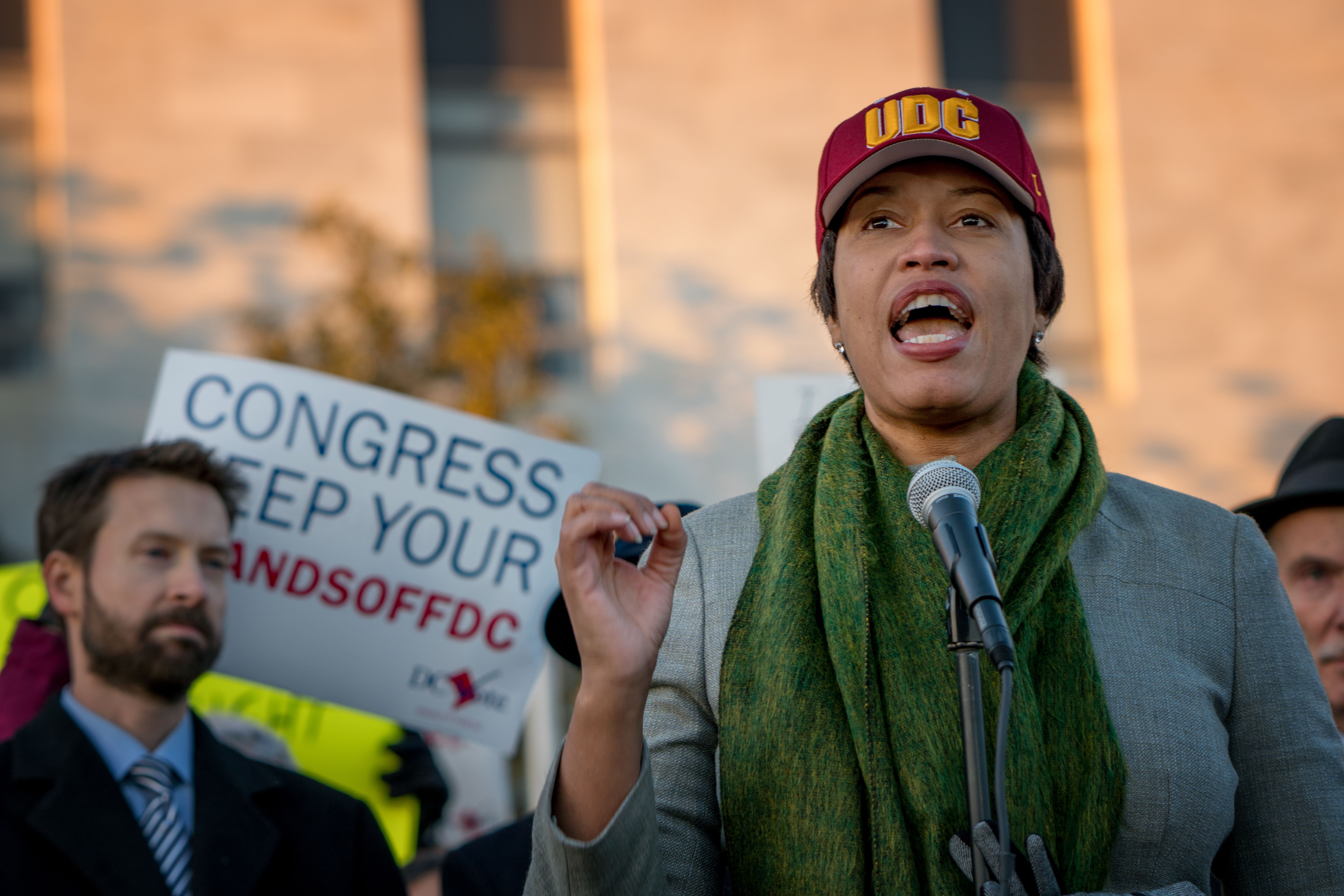 The Washington, D.C. government is reportedly set to acquire and preserve a dog park in Columbia Heights. At first glance, it sounds like a good cause, and many Columbia Heights residents petitioned for the site’s formal purchase and designation, since it’s currently an unofficial dog park set up on empty land owned by the Washington Metropolitan Area Transit Authority. In a crowded city, the benefits of a dog park — green space, community socialization and a designated safe haven for the dogs — have made it an important feature for local residents.

That’s until you look at the price tag — $2.1 million. It’s easy to argue for preserving a dog park, but it’s difficult to justify the cost of doing so when the city should be exploring cheaper alternatives and looking to reallocate some of that money to other, more important projects.

The move is very much indicative of Mayor Muriel Bowser’s flawed priorities and how out-of-touch she seems to be with her constituents. In November, D.C. residents slammed Bowser for expressing annoyance with Mumbo sauce, a condiment that many of them consider to be a staple. Instead of working for all constituents, she seems to favor bringing in wealthier residents. This leaves many long-time D.C. residents — such as those in the once-affordable Columbia Heights — feeling marginalized and ignored.

Bowser also faced criticism for her push to speed up the demolition of D.C. General — a former hospital converted to a homeless shelter — even though the shelters planned to replace it were not yet completed and the demolition process would put the families still living on the campus at risk. Like the dog park, it was a good move from a surface level, providing new and safer housing to many D.C. residents, but the timing of it stripped families of their stability and seemed to be mostly motivated as a maneuver to clear land for a potential bid to Amazon for HQ2.

With residents feeling gentrification’s effects more each year, some are fighting back and pushing to protect their neighborhoods. The local government came under fire over the summer when D.C. civil rights lawyer Aristotle Theresa sued the city for allegedly discriminatory housing policies — namely, ones that aimed to attract “creative” workers and restructure neighborhoods to support a younger demographic. The suit says these policies are “classist, racist and ageist” and “lead to widespread gentrification.”

Bowser’s policies, whether intentionally or not, are doing more to support gentrification in Washington, D.C., than to fight it. Dissing Mumbo sauce is one thing, but the systemic marginalization of the city’s low-income communities is a real issue that deserves our attention.

While the preservation of a dog park is a noble cause, the preservation of D.C. culture and history needs to be a higher priority and that receives the financial and political support it deserves. Otherwise, the erasure of the city’s diversity will continue until it’s left utterly unrecognizable.