One in five UMD students are food insecure. These students want to fix that. 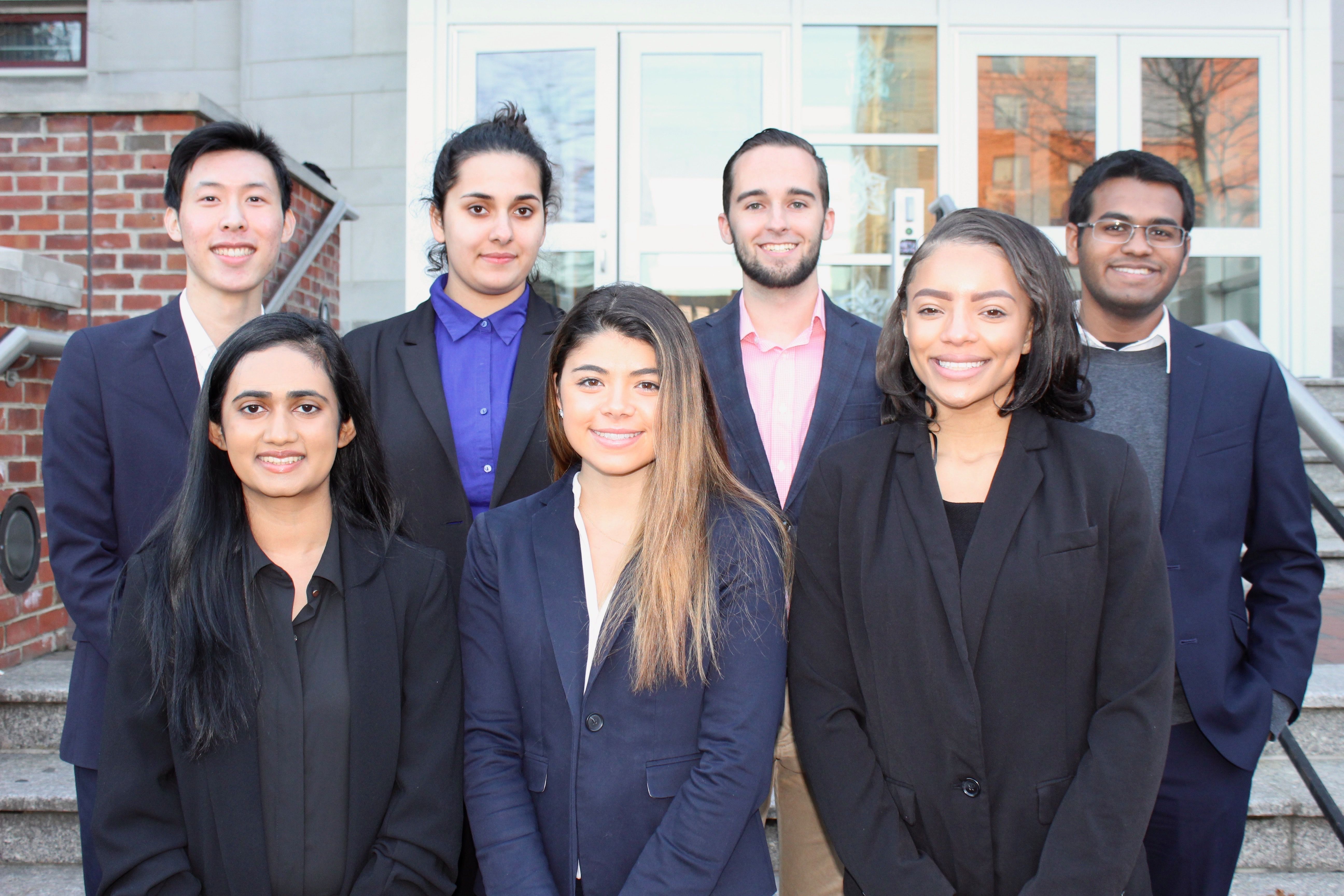 After analyzing data about food insecurity throughout the fall semester, seven business school students presented 14 recommendations to University of Maryland officials this month to combat the issue.

The recommendations — which include creating an RA education program on the topic, giving out free breakfasts and compiling data to identify food insecurity warning signs, such as a drop in GPA — are set to be reviewed by the Division of Student Affairs and Allison Tjaden, Dining Services’ assistant director for new initiatives, at the start of the spring semester.

The group also weighed having an program similar to AlcoholEdu, in which students would work through modules at the beginning of their freshman year to educate them about who they should turn to if they need help with food insecurity, said William Singelstad, a student manager for the consulting class this project stemmed from, in hopes to increase awareness of the issue and diminish stigma.

The proposals come after the students spent their semester reviewing an ongoing study by Yu-Wei Wang, director of research for the university’s Counseling Center, that indicated one in five students at this university struggled with food insecurity, meaning they were often unable to access sufficient amount of nutritious food.

“I was really surprised by how many students on our campus are affected by [food insecurity],” said Brendan Long, a senior finance major and student in the group. “That was just mind-blowing to me, so I felt like it was just something that should be addressed.”

He wasn’t the only one that noted the need to do more. Joseph Drasin and Megan Benefiel, who co-instructed the class, reached out to Tjaden with an idea during summer 2018: to frame the class’ project around the findings of the food insecurity study, which were released in March, with Tjaden as their client.

So, over the course of the semester, they weighed what other colleges and universities were doing to push back against the issue. Georgia State gives students in need micro grants to cover “modest financial shortfalls,” while Michigan State airs videos advertising the campus pantry before athletic events to reduce stigma for accessing the resource.

“What was surprising is how little is really needed to pick students up,” Singelstad said.

While many programs on campus already provide relief efforts — such as the Campus Pantry and the Emergency Meal Fund, both of which provide food to students in need — the group determined that there are barriers to these resources, including the stigma surrounding the issue, a lack of coordination between departments and organizations, differentiating between long-term and emergency resources as well as a general lack of awareness.

“With any issue like this, [there is] the issue of stigma of students who do know that they’re struggling, who do know there are resources available, but just don’t feel comfortable utilizing those resources,” Benefiel said. “They feel like that labels them in a certain way.”

The students compiled their recommendations and presented them to university officials Dec. 13. Kelley Bishop, who works under the Division of Student Affairs as the director of the university Career Center, was receptive to their ideas.

Bishop highlighted the free breakfast plan, which calls for easy-to-eat foods like granola bars and fruit to be handed out for all students at locations like Stamp Student Union or McKeldin Library.

“We certainly have some major challenges to create a centralized warning system, but maybe start with the simple things,” he said. “I think the breakfast on-the-go to destigmatize is a brilliant idea, and that’s quite doable.”

The students also recommended creating a coordinated committee made up of representatives from Resident Life, the Counseling Center, Dining Services, Student Affairs and other organizations to implement the solutions. Long viewed this suggestion as the most important.

“They would be able to kind of synthesize all of the other recommendations and decide which ones are actually going to be effective and which ones won’t,” Long said. “And just starting the conversation between the resource groups of ‘How are we going to help more students? How are we going to try and solve this problem on our campus?’”

Tjaden plans to work with the Orientation Office to introduce students to the Campus Pantry before enrolling in the university, and discuss the recommendations with the Division of Student Affairs during their next meeting at the beginning of the spring semester.

“They brought a whole new range of things we can think about and work on,” Tjaden said.