Maryland women’s basketball moves up to No. 6 in latest AP poll 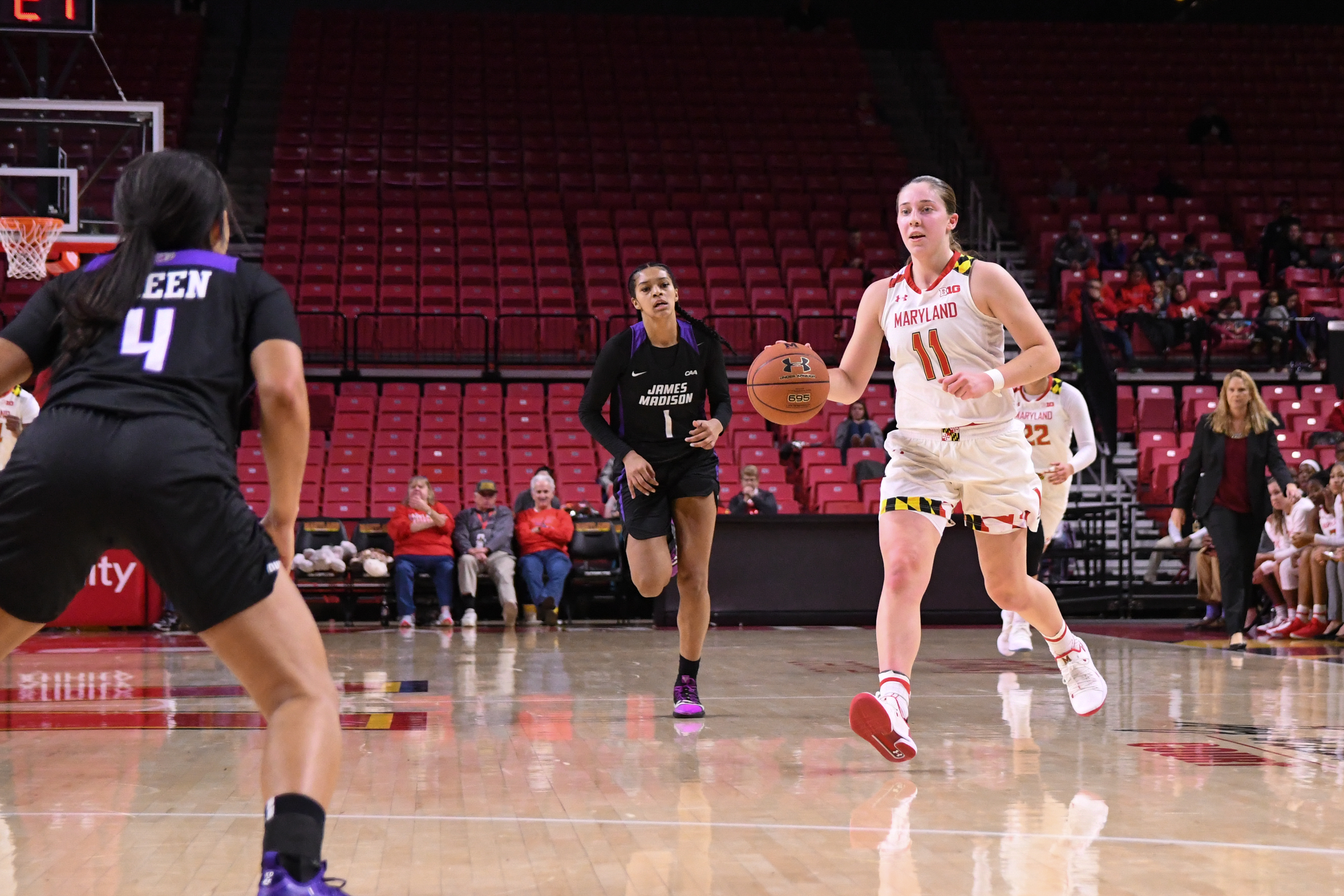 Maryland women’s basketball is up to No. 6 in the latest Associated Press poll, released on Monday.

The Terps won their only contest last week, an 87-63 beatdown of James Madison on Saturday. They scored another victory after the ranking period — topping Loyola 83-48 on Monday — to advance to 10-0 on the season.

Oregon was positioned ahead of Maryland at No. 3 last week, but an 88-82 defeat to Michigan State slid the Ducks to No. 7 this week.

When the Terps triumphed over then-No. 10 South Carolina on the road on Nov. 18, the win appeared to be a much-needed resume-booster for a team that’s been punished in NCAA tournament seeding in previous seasons for its weak nonconference schedule.

But the Gamecocks have lost three of their last five since and dropped to a season-low No. 25 in the latest poll.

[Read more: Brianna Fraser broke out of her senior slump with a double-double against James Madison]

This week, four Big Ten teams were ranked, the most of the season to this point.

With the upset over Oregon, Michigan State entered the poll at No. 23, the first time the team has been ranked this season. The Spartans received just three votes last week, the only time they’ve received votes all year prior to this week.

Elsewhere in the conference, Minnesota rose one spot to tie California at No. 13. The Gophers are the second-highest ranked team in the Big Ten for the second consecutive week. Iowa stayed put at No. 16. The Hawkeyes were ranked as high as No. 12 in week 3 before a pair of defeats knocked them down.

With the conference slate less than two weeks away, there’s no clear-cut frontrunner to challenge the Terps for the Big Ten crown. Ohio State has gone toe-to-toe with Maryland in the past — and won the Big Ten last season — but the Buckeyes are just 3-3 this year, and the conference lacks a strong secondary side at this point.