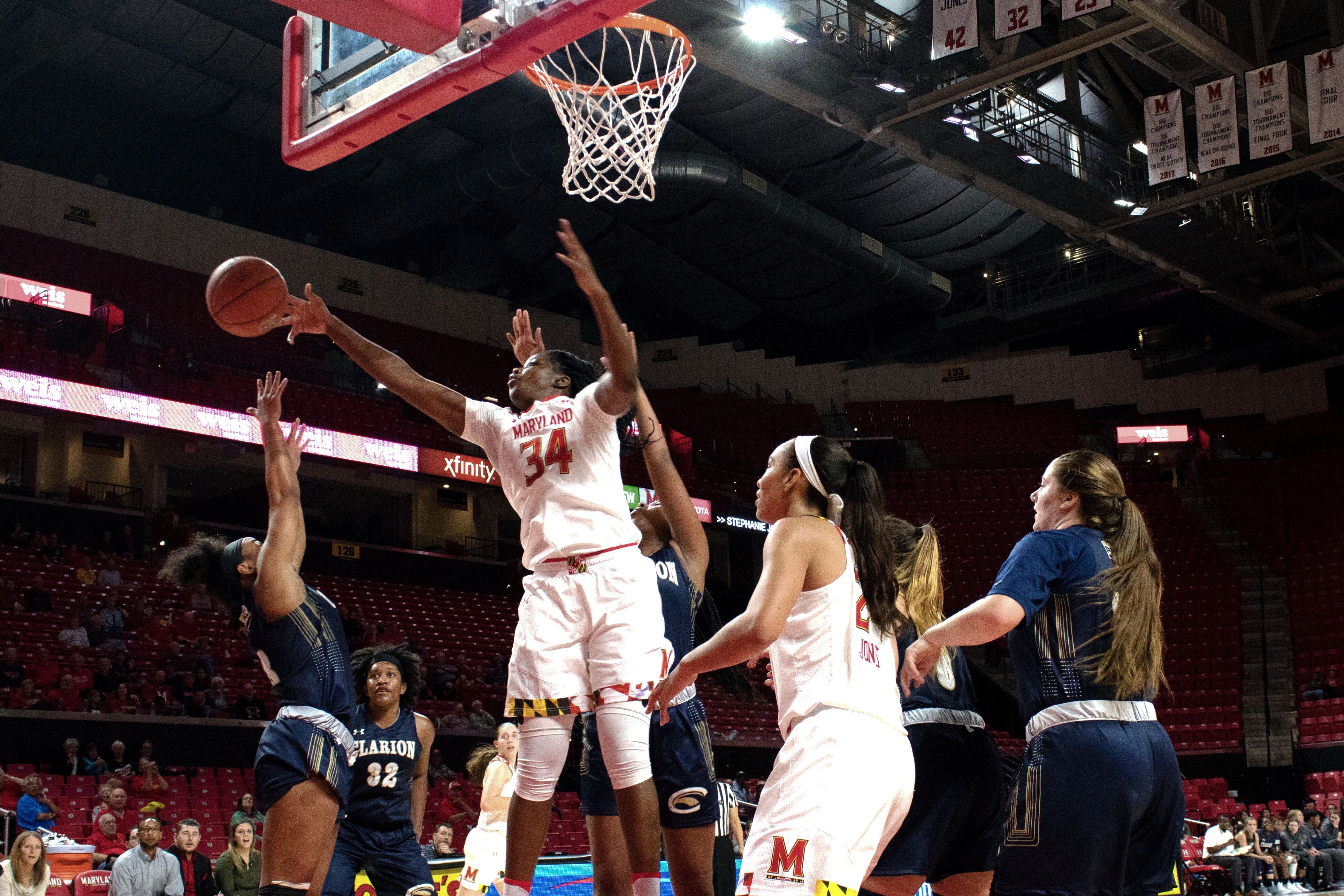 The Terps were defending the scout team in preparation for James Madison the following day, and Fraser loudly called out an incoming ball screen at the top of the key. Fraser’s teammate avoided the pick, and Frese took notice.

“That’s what leadership is,” Frese said.

But considering she failed to eclipse eight points or 17 minutes played in any of the five games prior to facing the Dukes, it seemed Fraser’s leadership might mostly come from the sidelines this year.

After equaling a career-high 24 points and grabbing 11 boards to complete a double-double against James Madison, however, Fraser may have finally hit her stride in her final season.

“Bri puts our team at another level when she’s as locked in,” Frese said. “Just incredible to be able to watch.”

Before a renewed performance Saturday, Fraser’s position in the lineup was becoming increasingly unclear for No. 7 Maryland (9-0).

Last season, despite starting only one game, Fraser averaged 10.2 points in 20.2 minutes. As the first player off the bench, she commanded a key role in the Terps’ rotation.

Fraser started the first two games this season, but after coming off the bench to score a then-season-high 16 points against George Washington on Nov. 14, she began to fall out of Frese’s lineup. In the five games that followed, Fraser averaged just four points on 10.6 minutes, with forward Shakira Austin garnering most of the minutes off the bench.

Fraser surpassed 20 points for the first time this season, and did so on an efficient 9-for-12 from the field and 6-for-7 from the stripe, a performance that led to a season-high 27 minutes off the bench.

“I just came out ready,” Fraser said. “My teammates give me a lot of confidence to just come out and play my game.”

The team’s only senior has been key in mentoring Maryland’s highly regarded recruiting class. And having failed to advance past the Sweet 16 of the NCAA tournament in her career so far, Fraser’s teammates are motivated to finish her career in style.

“She’s been big with my growth coming in as a freshman,” guard Taylor Mikesell said. “Our number one goal in the end is to be [at the Final Four] in Tampa, and I think we’re all trying to do that for Bri right now.”

If Fraser can replicate her resurgent outing against the Dukes throughout the season, it could pay dividends as Maryland looks to extend its bench production. She’ll get a chance to build on that showing against Loyola Maryland (0-9) on Monday.

“I think that’s the best game of her career,” Frese said. “I’m excited for what’s going to follow. This is who Bri is.”