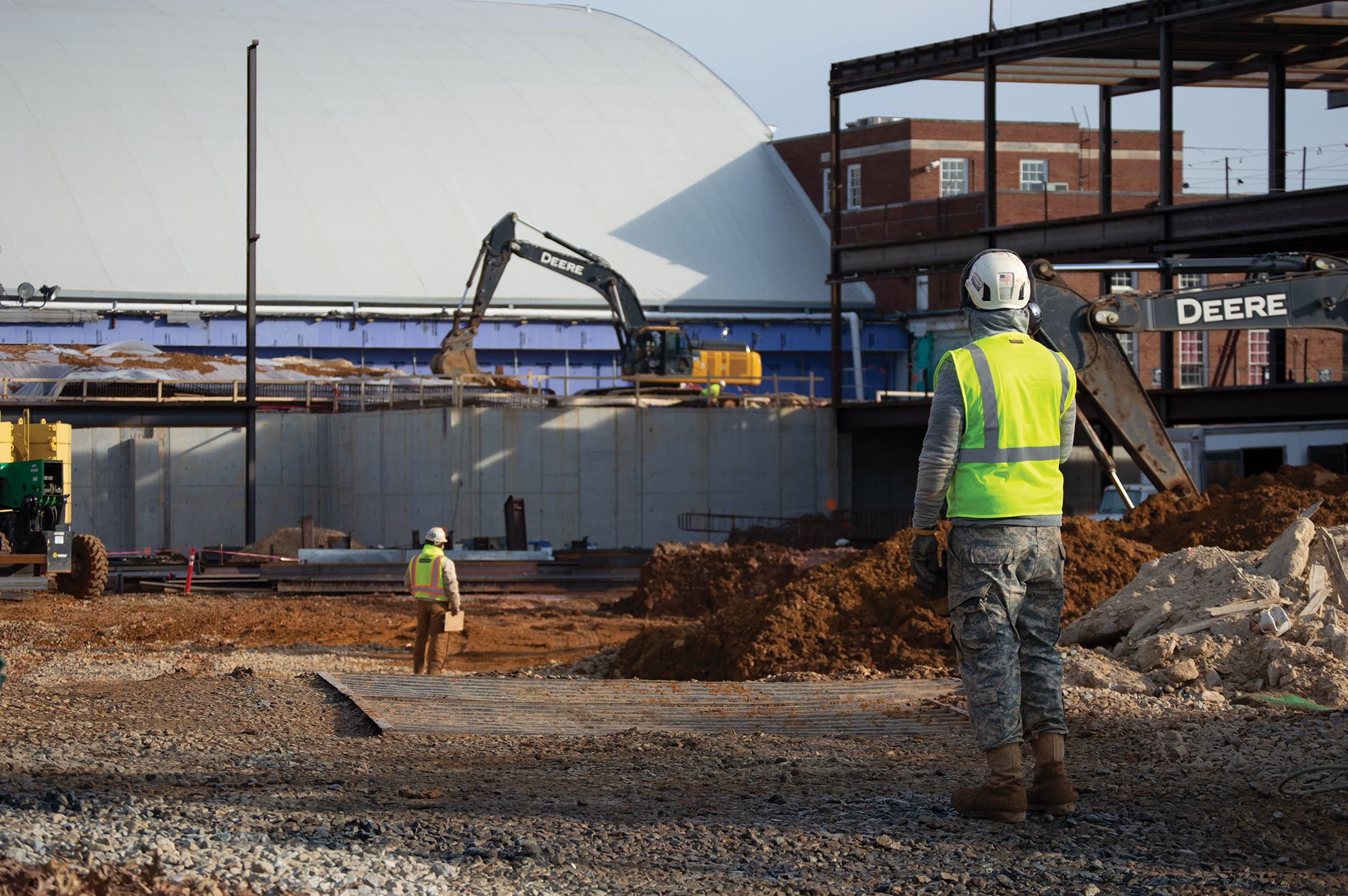 Construction on the Brendan Iribe Center for Computer Science and Innovation will wrap up by the end of this semester, but other University of Maryland projects will continue on into the spring. Here’s an look at some of them.

Major construction on the $152 million Iribe Center is now complete, university spokeswoman Alana Carchedi Coyle wrote in an email. Workers are finishing landscaping and furnishing the building, and classes are scheduled to be held there next semester.

In addition to classes, the 215,000-square foot building will host research centers or labs for cybersecurity, quantum computing, data science, virtual and augmented reality and artificial intelligence, among others.

“That also adds more opportunities for students to get involved with various projects inside and outside of class,” he said. “It’s definitely crowded in CSI, especially TA and office hours, with like four different classes packed into one room. … I think it would help with that.”

“Even as a physics major, I’m spending almost all my time in the labs just doing a bunch of stuff on the computer,” he said.

A dedication ceremony is planned to take place for the center later in the spring semester.

Work on the Purple Line continued in recent weeks, with sections of sidewalk near Cole Field House and St. Mary’s Hall now blocked off for utility work and station construction.

This work will continue through the spring semester, in addition to similar utility work on Rossborough Lane and Campus Drive near University Boulevard, Coyle wrote. New stations will eventually be constructed at these locations.

Additionally, Coyle wrote that drainage installation will occur around Cole Field House, while contractors landscape in preparation for the relocation of the M Circle slightly further down Campus Drive to the Engineering fields.

There is no timeline yet for further reconstruction of the circle, but Coyle said “our community can expect shifts in traffic and pedestrian crossing patterns near construction areas.”Sophomore animal sciences major Alexis De Bleecker, who commutes to campus daily, said Purple Line construction has lengthened her commute and the planned M Circle relocation will likely cause greater frustration.

“[The construction] creates a backup almost every single day, and it’s terrible because you have to take the detour that goes around,” she said. “I can’t imagine if they tried to redirect all that traffic that goes through [the M Circle]. It’s going to be hectic and I’m going to hate driving here.”

The Purple Line project is expected to be completed in spring 2022.

Construction of the new Center for Sports Medicine, Health and Human Performance and a clinical treatment center will continue through the spring semester as part of the second phase of the Cole Field House site renovations.

Steel framework for these buildings started going up in November, and the spring work will focus on closing in the building, Coyle wrote. This includes masonry, brickwork and installing windows.

The first phase of the $195 million project transformed the existing building into an indoor football practice facility and was completed in summer 2017, while the next phase is expected to finish in fall 2019.

Construction on a new parking garage near Rossborough Lane — providing parking spaces in an area of campus that does not have many — was expected to begin in January.

However, initial design proposals received earlier this semester indicated an extremely high cost to the university, so the plan is being re-worked, said Bill Olen, Facilities Management’s planning and construction director. Coyle refused to give specific cost numbers.

“It was clear that the cost was too high and it was determined that this was not the best use of university funds,” he said. “We are working to identify new parking locations and will consult with campus partners for feedback on how best to develop an alternative to the original proposal.”

As a result, there is no set project timeline anymore, Coyle wrote, though a Facilities Management Master Project List tentatively projects that the design phase will restart in April 2019 and construction will occur from April 2021 to September 2023.