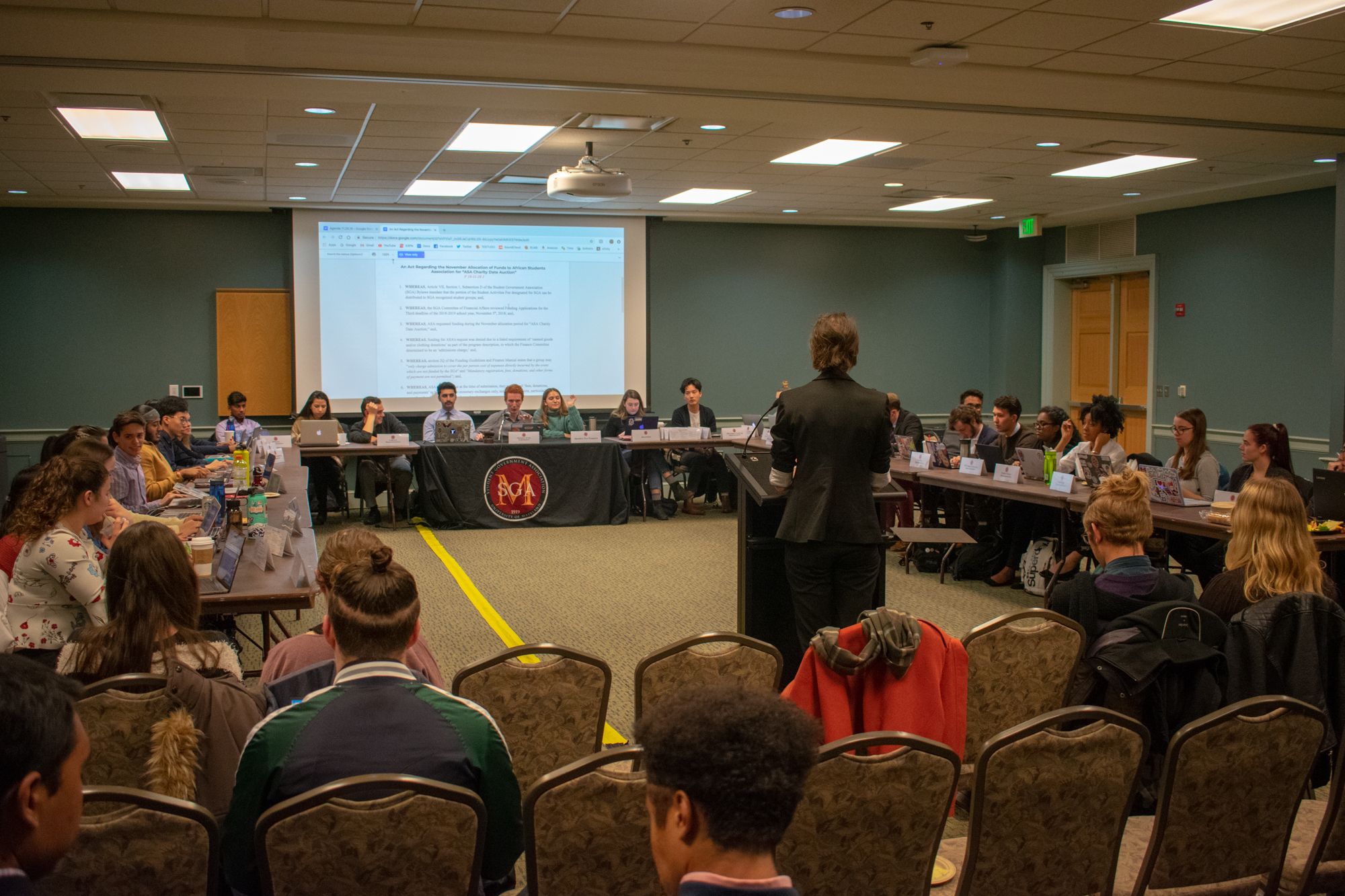 The University of Maryland SGA’s director of diversity and inclusion said she’s planning to report an incident involving “dickbutt” at the body’s weekly meeting as a hate bias incident.

Before the Student Government Association voted on a bill to create liaisons for religious, racial minority and other protected groups, someone with access to the bill’s Google Doc via the sharing link made an anonymous edit.

The edit — made through suggestion mode — added a cartoon known as “dickbutt,” a drawing of an anthropomorphic penis with a second, smaller penis protruding out of its backside to the bill. After, both the bill and cartoon were deleted.

Speaker pro tempore Mikaela Davenport called the act “disgusting,” and said if the person who made the change is revealed to be in the SGA, they would be referred to the ethics committee.

Serena Saunders, the legislator who sponsored the measure, said it was a “strange way to attack the bill,” and effectively “defaced” it.

Later, during debate over tabling the bill, Taylor Greene, the body’s diversity and inclusion director, said she planned to file a report on the action with this university’s Office of Diversity and Inclusion for its hate bias log.

“Because it was done anonymously and because of what the bill itself is, and what was done to it, that’s why it was a bias incident,” she said. “The intention behind it was obviously to harm or insult it. … It was very offensive.”

Nineteen hate bias incidents have been reported this semester, according to ODI’s log.

CORRECTION: Due to a reporting error, a previous version of this story incorrectly stated that an edit deleted the bill and replaced it with a cartoon known as “dickbutt.” The cartoon was added to the Google Doc above the bill before they were both deleted. This story has been updated.