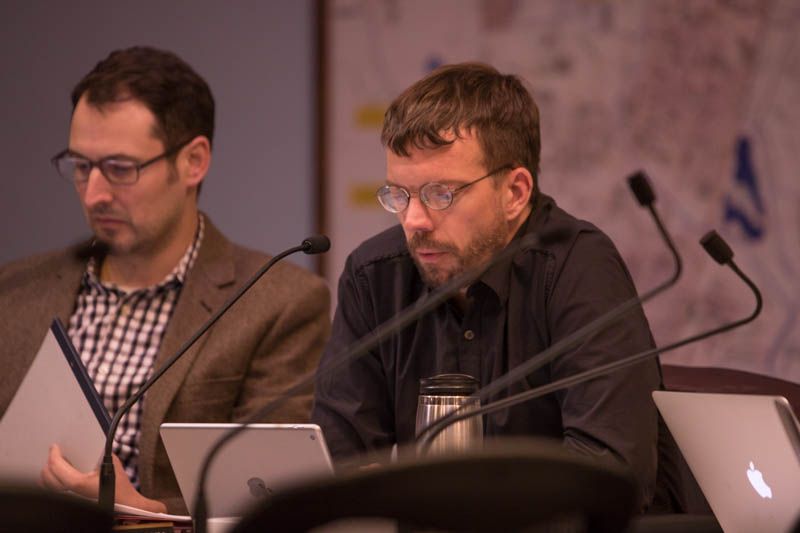 At a work session on Tuesday, city council members discussed a program that would offer residents discounted home security systems, such as the popular Ring products. Matching funds from the vendor and city would subsidize the discounted rate, modeled after similar arrangements in other cities.

A program in Arcadia, California, offers a $100 subsidy for verified city residents and business owners toward the purchase of a Ring video doorbell or security camera system. Under the terms of Arcadia’s program, up to 500 residents and businesses are eligible, with Ring offering a subsidy of $50 and the city matching it at $50 for a total value of $25,000.

College Park officials have discussed ways to incentivize city residents to share video footage from their private security systems that may help police solve criminal investigations. The city has considered a registry system that residents could participate in, as well as a small monetary reward the city would provide for evidence that leads to arrests.

Council members, though, seemed most amenable to a subsidy program such as the one used in Arcadia. District 1 councilman Fazlul Kabir especially favored the Ring system, given its popularity and cost. He said the product’s “Neighbors” app, which can allow a user to see what’s going on throughout their neighborhood, can also help deter crime.

“It is important to choose a vendor which is mostly used by the residents,” Kabir said.

The Ring Video Doorbell 2 retails for $199, but the subsidy program offers it for $99 to Arcadia residents.

District 3 councilman Robert Day said the subsidy program is something residents are looking for and provides one of the best solutions for obtaining the video footage.

“It’s an investment that we, as a city, should be looking into and really, really thinking about,” Day said. “I can honestly say that I think this is one of the clearest solutions we’ve had put in front of us.”

City staff are expected to do more research on a subsidy program, and they’ll present to the council at its next work session in January.

Some council members, such as District 2 councilman P.J. Brennan, expressed concern about the city marketing for just one vendor. Brennan also had concerns about passing on additional costs to residents like Ring’s monthly monitoring service, which can range from no cost to $10 per month, depending on the plan.

Brennan also noted that residents may take crime prevention measures other than the use of video security systems.

District 1 councilwoman Kate Kennedy said that while she didn’t oppose an incentive program, she favored a registry program for city residents. She said the city’s promotion of the private security cameras may have an unintended “psychological” effect on residents.

“It just makes me nervous because it requires people to be actively, I think, looking at the crimes, which I think increases their awareness, if you will, that there’s crimes going on, which makes them feel like they’re in more danger than they’ll actually be,” Kennedy said.