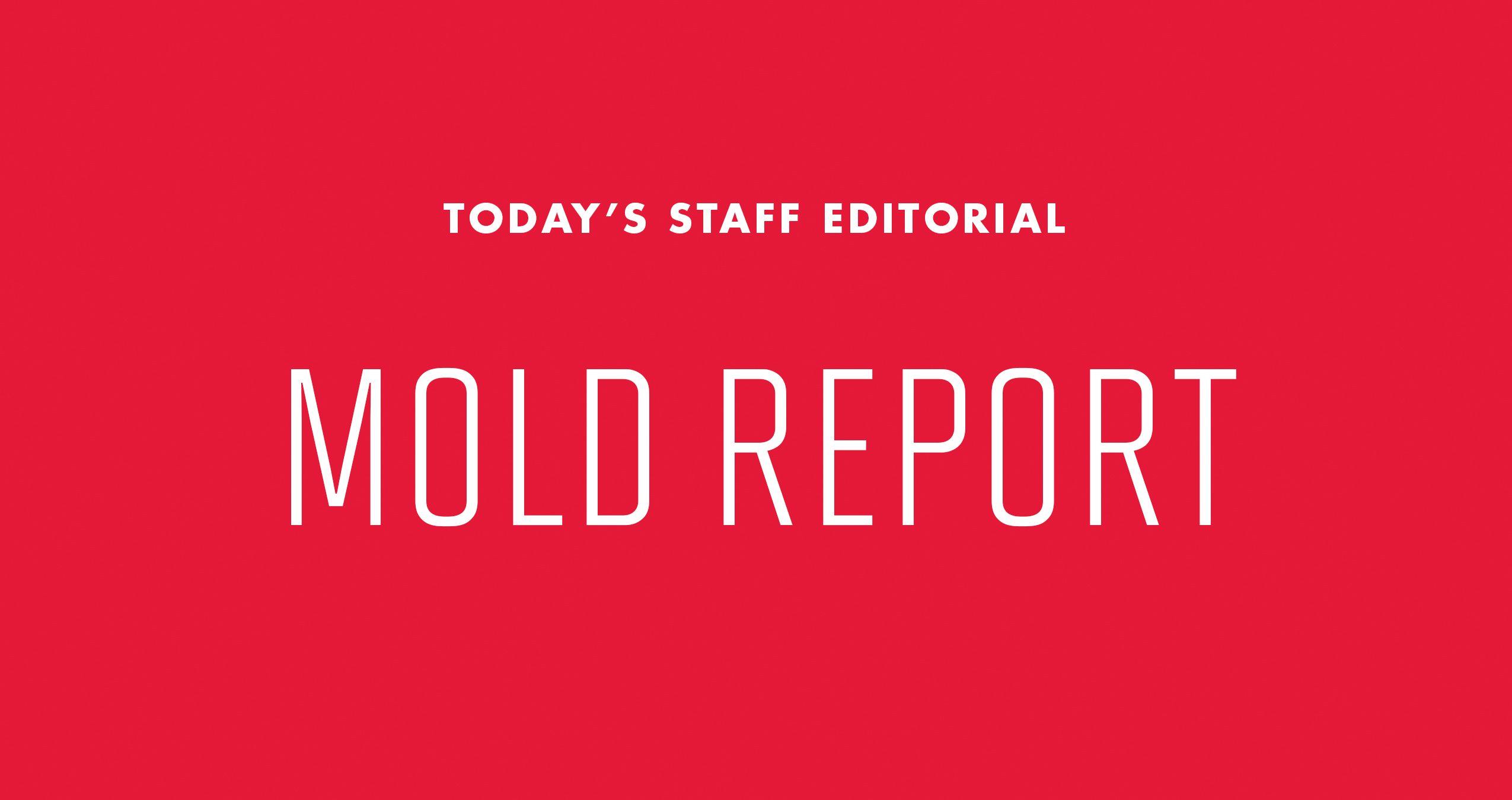 Time and time again, the University of Maryland takes action to resolve a problem only after facing bad press. Reactivity seems to be in the university’s blood — the administration has given little indication that it’s capable of thinking proactively. This mindset has cost the university in the past, and the fallout from the entirely preventable mold scandal might be the most expensive of all.

Earlier this semester, a mold epidemic plagued several dorms and on-campus apartments, with spores covering clothes, sheets, furniture and many other surfaces. While students in at least 10 buildings experienced mold, Elkton Hall was one of the hardest hit — all residents were forced to evacuate to off-campus hotels.

The displaced students — many of them new to the campus — were essentially quarantined from their new homes. They were allotted only one carryout dining hall meal per day, which they had to pick up themselves. The university paid for the hotel stay and provided free laundry machine usage, but offered no monetary compensation. Students have reported rashes, bronchitis, viral infections and other health problems after contacting mold, and many housekeepers said they got sick because the university didn’t prepare them to clean it.

We found out last week just how much it would cost to prevent all this trouble. Building Dynamics, an engineering consulting firm commissioned by the university, concluded that adding dehumidifiers to each room in Elkton Hall would be the most effective solution. The whole thing would cost $90,000 — $60,000 for the equipment, $30,000 for the installation — and wouldn’t consume much energy.

But because the university waited until after mold had appeared, the cost will end up being far more than $90,000. The students and the housekeepers affected will almost certainly sue. If freshman Olivia Paregol’s death from pneumonia is connected to mold, litigation will surely cost the university millions. And this is on top of the incalculable damage to the school’s reputation — how many applicants will avoid this university because they fear for their health?

It wouldn’t be fair to say the university has been doing nothing. The On-Campus Student Housing Strategic Plan calls for the demolition of Carroll, Caroline and Wicomico halls — none of which have air-conditioned rooms — and the construction of new dorms and dining halls, all by 2028. But as of now, the university has given no indication that it’ll advance that timeline to prevent mold from spreading in other dorms.

In-room air conditioning units — which are used in Elkton, as well as numerous other dorms across the campus — cool the air but don’t remove much moisture. While Elkton seemed to have bred the most mold this year, students living elsewhere had to deal with it, too. If summer 2019 is as sticky as summer 2018, who’s to say the mold won’t return in another dorm?

This fits with an all-too-prevalent trend of reactivity from the university. Only after a visiting black student was stabbed in a suspected hate crime did the university pursue substantive measures to respond to bigotry on the campus. Only after an ESPN report shed light on abuse in the football program did the university suspend the incompetent athletic trainers who caused Jordan McNair’s death. And only after scores of students and alumni blasted the university for reinstating DJ Durkin did it fire the embattled football coach.

For a university that prides itself on looking to the future, it’s not enough for hindsight to be 20/20. A “comprehensive, multi-year strategy” to combat mold — which the university promises to unveil in January — won’t be enough. All other dorms must be outfitted with air conditioning and dehumidifiers as soon as possible, to keep students safe. Proactivity won’t undo the damage that has already been done, but it will help prevent that damage from recurring.