Who even listens to Selena Gomez anyway? 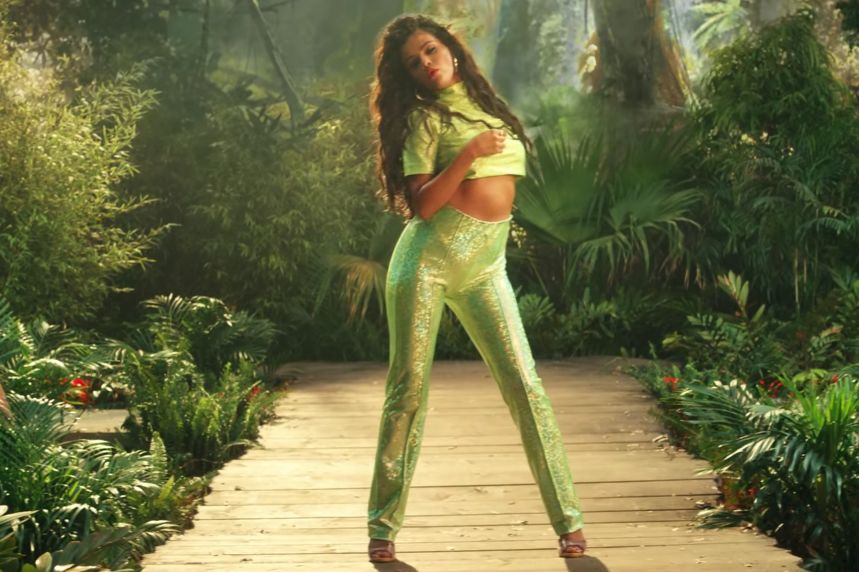 Selena Gomez hasn’t released a full-length album since 2015, but she somehow managed to surpass Drake’s record as the artist with the most monthly listeners on Spotify.

Drake has released three albums and one EP since 2015, including the double-disc Scorpion. He’s also the most-streamed artist in Spotify history and his track “One Dance” is the second-most streamed song on the service. But Gomez reigns supreme when it comes to current monthly popularity.

When she first beat Drake’s record, many Twitter users expressed confusion over who’s listening to her. That’s especially valid, considering she’s never had a No. 1 single on the Hot 100 chart, while Drake has had six.

When you look at her output, though, it gets less surprising. Gomez has taken to releasing singles that are unrelated to any upcoming albums and featuring on tracks with popular EDM artists like Kygo and Marshmello. Her most recent collaboration, “Taki Taki,” is a Spanish-based DJ Snake song that also features Cardi B and Ozuna.

Gomez’s Latinx roots and collaboration with Latinx artists could very well be helping her streaming numbers. Three of the top five cities where Spotify users stream her music are Mexico City, Madrid and Santiago.

Senior math and economics major Danno Lemu said he was “genuinely shocked” at how popular Gomez is, but he doesn’t often consider international trends when he thinks of what’s popular.

“When I think popular music, I think music I hear when I turn on to a basic radio station,” Lemu said. “The most ‘international’ popular music I can think of is reggaeton or dancehall. But even then, it’s an Americanized form of those genres.”

Regardless of their popularity — or lack thereof — in the United States, Hispanic artists Bad Bunny, J Balvin and Ozuna are sixth, seventh and eighth in monthly listeners on Spotify.

“I feel like [Spanish music] is not really that prevalent,” said Taylor Cohen, a junior kinesiology major. “Sometimes there will be, like, two or three one-hit-wonders with [Spanish], but nothing crazy.”

Cohen said Gomez’s ranking doesn’t come as a surprise. She thinks her popularity aligns with what her peers listen to. Lemu had an opposing take, noting that Drake definitely has more popularity and name recognition among college students than Gomez does.

“I feel like monthly listeners is a better metric of how committed or dedicated someone’s fanbase is, as opposed to just how popular they are,” Lemu said. “But [Drake’s] fans may not be as diehard as Selena Gomez’s.”

[Read more: Thank you, Ariana for giving us ‘thank u, next’]

Outside of music, Gomez manages to stay relevant in many ways — she was even the most-followed account on Instagram at one point. She’s known for acting, her role in activism against human trafficking, her semi-public battle with lupus and her on-again-off-again relationships with Justin Bieber and The Weeknd.

Sami Main, a senior kinesiology major, said she primarily listens to country music — she guessed Taylor Swift was the most popular artist on Spotify right now — but noted that music trends often change with the times.