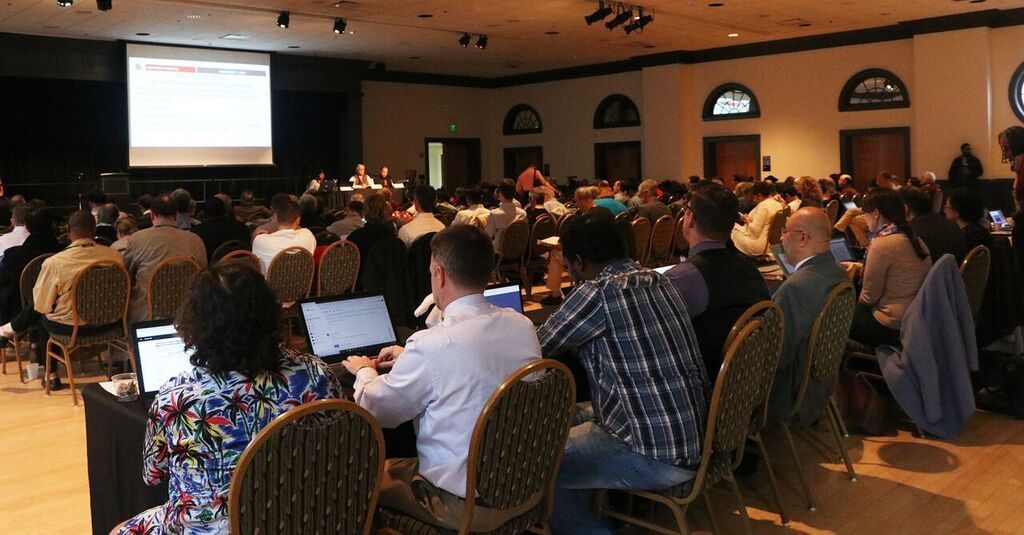 The University Senate meeting on Nov. 7, 2018. The senate passed a resolution urging President Wallace Loh stick to his plan to retire in June, amid calls from deans, state politicians and others to reconsider it. (Julia Nikhinson/The Diamondback).

The University of Maryland Senate passed resolutions Wednesday aimed at improving the way Board of Regents members are chosen and affirming the body’s support for President Wallace Loh’s retirement.

The senate voted 101-9-4 to “petition the Maryland General Assembly to reconsider the way in which the USM Board of Regents is appointed and held accountable in order to make it more responsive to the concerns of students, faculty, staff, and Marylanders.”

The legislation was an effort to change the relationship between the regents and the senate, said Stephen Kenny, an undergraduate representative who worked on drafting the bill. It was purposefully left vague to give the senate and the state assembly additional room to make their own changes and recommendations.

[Read more: UMD Senate: Board of Regents “grossly exceeded its authority” by pushing for DJ Durkin to stay]

Last week, the regents — who took control of an investigation into the Maryland football program after the death of offensive lineman Jordan McNair and allegations of a “toxic culture” — recommended that athletic director Damon Evans and coach DJ Durkin keep their jobs, while Loh announced he would retire in June. Kenny said their actions encouraged him to propose the changes.

“[The regents] don’t see the will of the senate to be the will of the university and therefore the will of the flagship institution of Maryland,” said Kenny, a sophomore government and politics major. “And this is instituting a process where the Board of Regents is made aware and make sure they respond to bodies that matter.”

“I don’t see how realistic it is to hold a board accountable,” he said. “I think what we are asking should make sense in terms something of that can be held accountable.”

The senate also voted 53-48-6 to support a resolution asking that Loh remain committed to the June 2019 retirement he announced last week.

Loh, who has said he told the board he had concerns about keeping Durkin, initially accepted the regents’ recommendations, then fired Durkin one day later. The Washington Post reported that the regents — who have power over university presidents but not other school personnel — had told Loh that if he fired Durkin, they’d fire him.

The day after Durkin was fired, Provost Mary Ann Rankin sent a letter to the campus community, signed by the university’s 15 deans, that slammed the board for interfering in the university’s independence and urged Loh to call off his retirement.

Kenny said that the senate’s resolution was drafted in response to students’ desires for Loh to retire.

At a rally on McKeldin Mall on Monday, a coalition of 24 student groups called for Loh to resign before June. The protest, called “Fire the Liars,” featured student activists who said they didn’t think Loh had adequately responded to diversity issues on the campus throughout his tenure.

Some senate members, like undergraduate representative Lauren Brown, agreed that Loh should retire, but said the resolution should have been worded differently to avoid an unintended outcome.

Since Loh announced his retirement would occur in June instead of immediately after his replacement was hired, the board could appoint an interim president, Brown said.

“I think Loh should retire, but I’m not a big fan of the Board of Regents putting an interim president in,” said Brown, a sophomore computer engineering major. “They might not be here for the right reasons.”