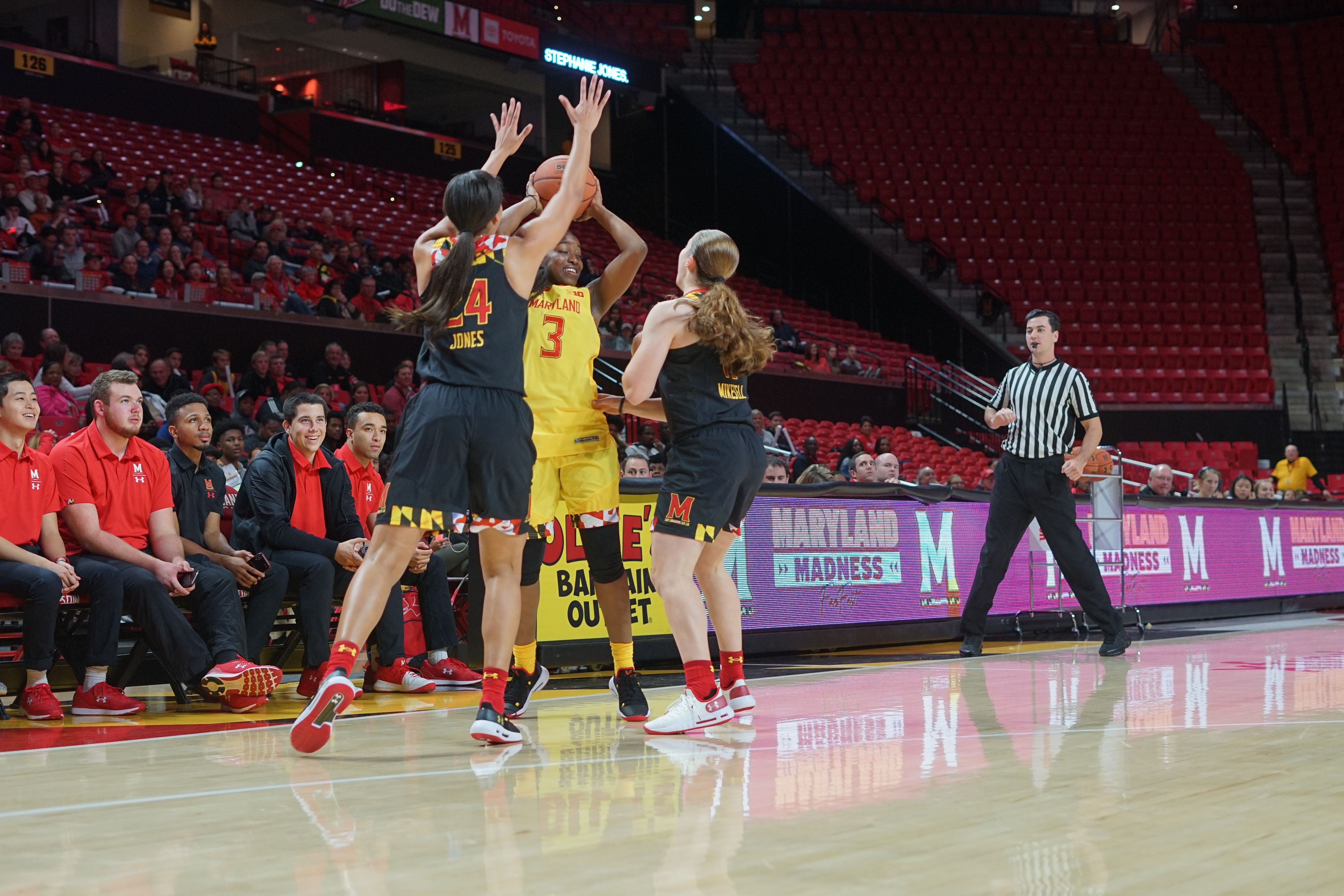 Earlier in the offseason, a media panel and the Big Ten coaches unanimously selected the Terps as the preseason favorites in the conference.

Iowa checked in at No. 13 as the only other Big Ten representative in the ranking. Minnesota was the first team left off the list, and Nebraska and Michigan received votes as well.

The Terps return four starters from a team that went 26-8 in 2017-18, headlined by guard Kaila Charles, the team’s leading scorer and rebounder. She was named First-Team All-Big Ten after last season.

Guards Channise Lewis and Blair Watson, who is coming off surgery on her right ACL, and forwards Stephanie Jones and Brianna Fraser give Maryland significant experience at all five positions.

Lewis was named to the Nancy Lieberman Award preseason watch list. The honor, given to the best point guard in college basketball, comes on the heels of her 4.7 assists per game last year, which ranked fourth nationally among freshman.

The addition of transfer guard Sara Vujacic provides another weapon from range; Vujacic and Mikesell combined to go 7-12 from distance in Maryland’s 90-63 exhibition victory over Kutztown Sunday.

A season ago, the Terps entered 2017-18 ranked No. 15 in the country, peaking at No. 10 before a skidding to three defeats in four games to end the regular season.

After a double-digit loss to NC State in the second round of the NCAA tournament, Maryland checked in at No. 16 in the final AP poll.