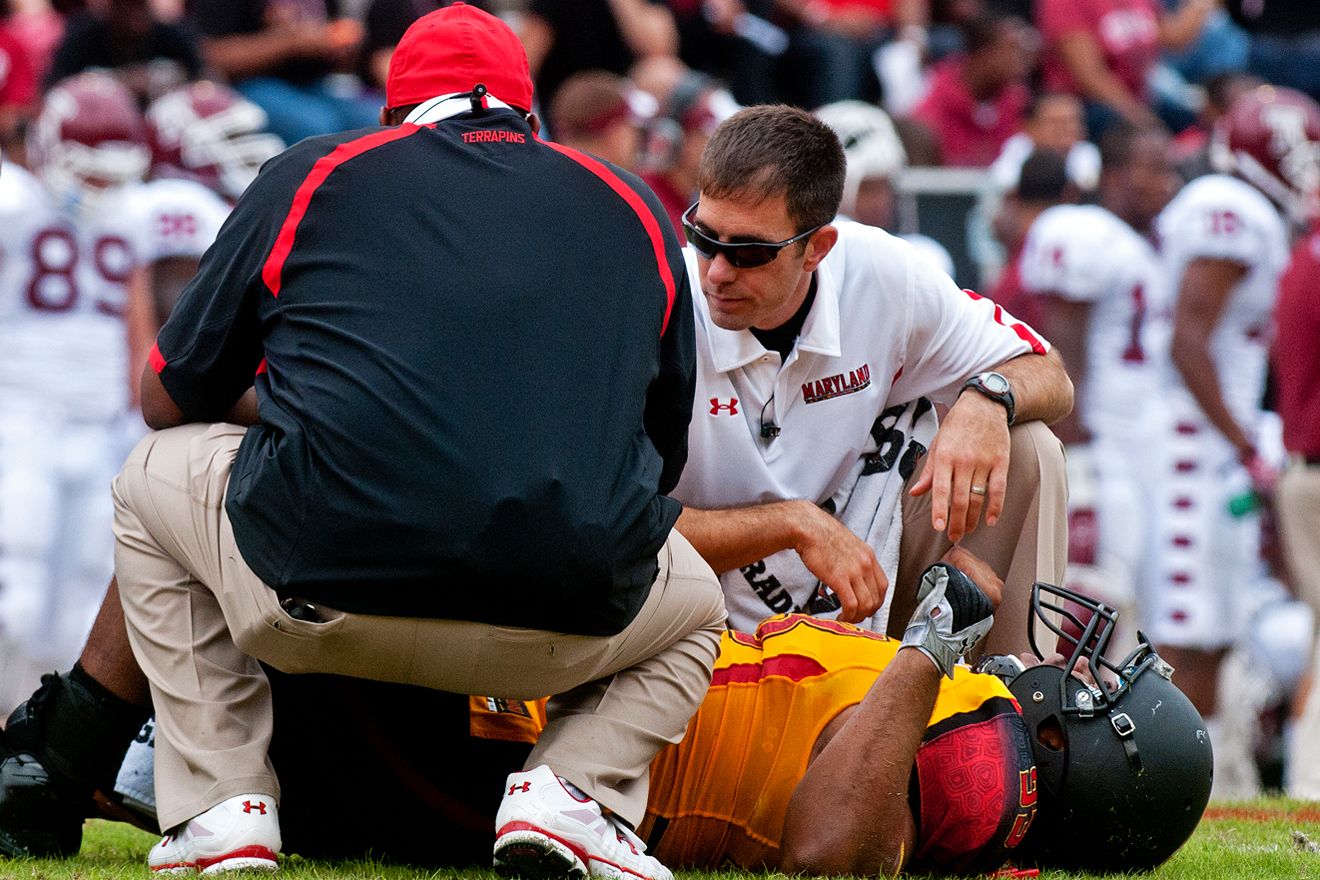 In addition to recommending head coach DJ Durkin and athletic director Damon Evans keep their jobs in wake of the investigation into the Maryland football culture, the Board of Regents also recommended trainers Steve Nordwall and Wes Robinson be reinstated — despite their failures to treat offensive lineman Jordan McNair’s heatstroke May 29, leading to his death two weeks later, according to The Washington Post.

Heatstroke has a 100 percent survival rate when treated quickly with cold water immersion, but sports medicine consultant Rod Walters found Nordwall, Robinson and other athletic trainers at the workout failed to initially recognize the severity of McNair’s condition and, later, elected not to put McNair in a cooling tub because of a fear he would drown, given his large stature.

Nordwall and Robinson have been on administrative leave since August, after Walters’ preliminary report laid out some of those failures, and two ESPN reports made McNair’s death a national story.

Walters’ report, which specifically looked into McNair’s death and the school’s sports medicine practices, was released in full in late September. However, the commission investigating the program’s culture also featured a sports medicine expert, and its report frequently mentioned the training staff. Players offered mixed reviews of the medical care they received, and one player called Robinson “the worst fucking trainer I have ever seen.”

At a press conference Tuesday, Board of Regents chairman James Brady announced he recommended Durkin and Evans keep their jobs and Loh announced he will retire in June, but did not mention Nordwall or Robinson.

When a reporter asked about the trainers, Brady said they were “not part of what we looked at” and asked Loh to address the question.

Loh said those personnel matters were not in his purview and handed off responsibility to Evans, saying “he will make that decision.”

For much of the fallout following McNair’s death, administration has shifted blame onto the training staff and away from the coaches. At the Aug. 14 press conference where Loh accepted “legal and moral responsibility” for McNair’s death, he carefully separated the two entities.

Walters found it took over an hour for paramedics to be called for after the onset of McNair’s heatstroke symptoms, and when Robinson first told Nordwall to call 911, Nordwall instead called a team physician, who also instructed him to call 911. Nordwall then obliged, but no one was ready to direct the ambulance when it arrived to Gossett Football Team House, adding to the confusion and time it took to transport and effectively cool McNair.

Brady’s claim that the trainers were not within his board’s scope was puzzling considering the contents of the report. Investigators concluded that disagreement and confusion between Nordwall and his superior, David Klossner, led to Klossner stopping his supervision of Nordwall, who oversees all athletic trainers at the university. The report also found there were reports of conflict within the football training staff, which is led by Robinson.

Numerous accounts — positive and negative — from players about Maryland’s training staff were in the report. One player described a culture under Durkin where “you weren’t allowed to be injured.” That led to players pushing through injuries, and another player said Robinson often felt players were “faking it.”

Robinson responded to most player’s complaints in the report by saying that he did not remember those accounts, and also that they could not be true because they were regarding decisions that only a team physician has the authority to make.

One of the board’s most significant recommendations was that the university system move to a independent medical care model — which is not the norm in college athletics but is the model that most conforms with NCAA guidelines and best practices — which has trainers report directly to physicians employed outside of the university rather than other university-employed staff to avoid trainers being influenced by coaches.

Loh had previously said the school’s current model — in which the training staff is overseen by physicians but report directly to university employees like Nordwall and Klossner — was adequate and does not allow for interference by coaches, and his office had shot down a proposal in 2017 to change to the independent model, but he accepted the board’s recommendation to do so Tuesday.