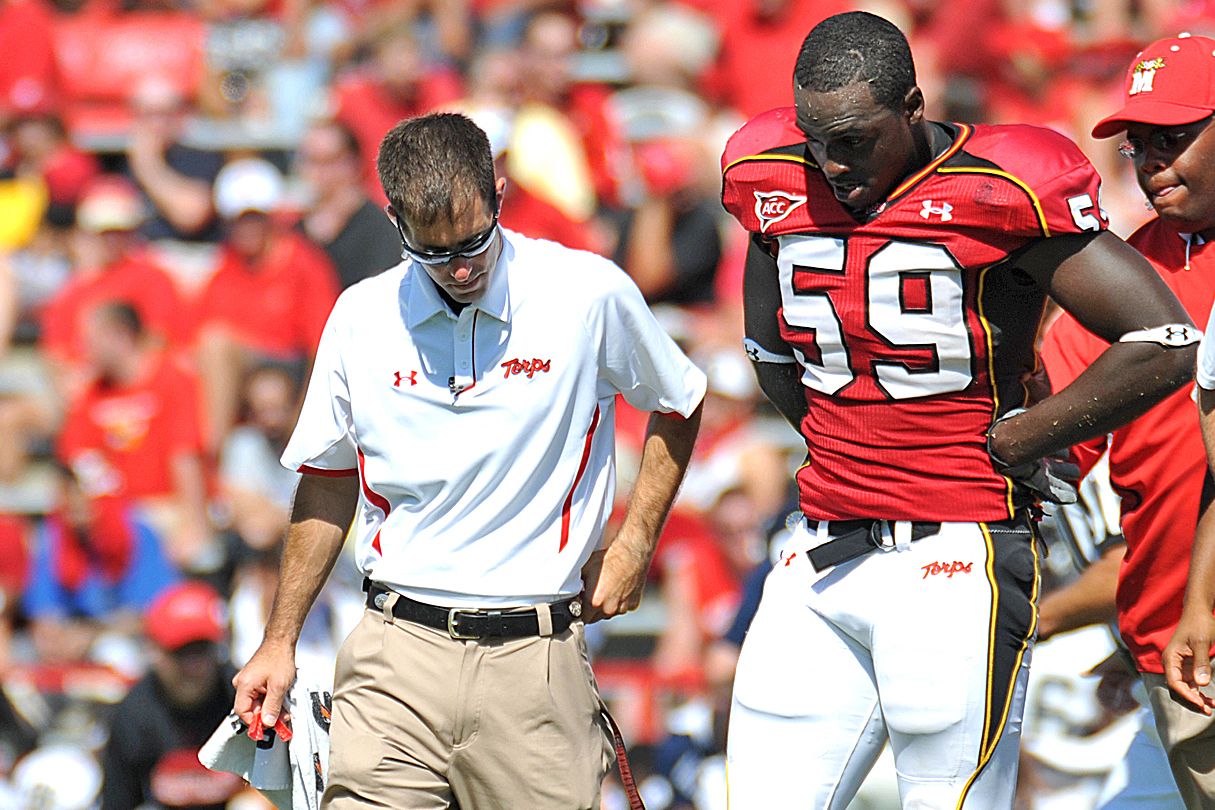 Confusion within the Maryland athletics department led to much of the football training staff acting unsupervised, according to an external report on the football team’s culture.

While the report from the eight-person task force investigating the football program’s culture concluded the team “was healthier during [head coach DJ] Durkin’s two full years of coaching than the prior,” supervision for the team’s training staff was unclear or nonexistent, allowing strength and conditioning coach Rick Court to act without accountability.

“The dysfunction in the Athletics Department is illustrated by the confusion over who supervised Mr. Court,” the report said.

Court said he didn’t know to whom he reported and never received a performance review while at Maryland.

The first term of Court’s contract, signed by Court and Anderson, said he was to work “under the immediate supervision of” and “report directly to” the head coach. Court and Anderson both claim in the report they do not know how that language entered the contract.

Court, who the report found physically and verbally abused players, resigned in August.

Hiring Court was Durkin’s first priority as head coach, and players told investigators they considered the two of them “the same person.” With the permission of Anderson, Durkin and Court filled the rest of the strength and conditioning staff without any input from Klossner.

Court was not the only member of the athletics department to get lost in the shuffle under Klossner’s leadership. In early 2016, according to the report, university President Wallace Loh’s assistant Cynthia Edmunds was sent to resolve disputes in the football training staff. She found tension between Klossner and his subordinate, athletic training director Steve Nordwall, and between Nordwall and football trainers he supervised.

Klossner’s meeting with Edmunds gave him the the impression he “should no longer supervise the trainers,” so he stopped supervising them, according to the report. That meant Nordwall was “effectively unsupervised” for an extended period of time.

Head football trainer Wes Robinson, whom players delivered mixed reports of in the report, was one of Nordwall’s underlings. Robinson and Nordwall were placed on administrative leave in early August, along with Durkin and Court.

Many players quoted in the report censure Robinson. One player dubbed Robinson the “the worst [fucking] trainer I have ever seen,” and another said he would assume injured players were “faking it.” But other players felt Robinson was being “unfairly scapegoated.”

Trainers didn’t take McNair’s temperature or vital signs, and he wasn’t immersed in cold water — which is 100 percent successful at treating heatstroke when done promptly — until arriving at the hospital. McNair died two weeks later.

Players told Walters that after McNair fell ill, Robinson yelled at two other trainers to “get him the fuck up” or to “drag his ass across the field.” When Robinson told Nordwall to call 911, he put off doing so for several minutes, only calling after the team physician instructed him to.

Walters found Maryland’s trainers were slow to recognize the severity of McNair’s condition, then elected not to implement cold water immersion due to a belief his large stature put him at risk of drowning.

However, the culture report also suggested that in recent years, Robinson and the strength and conditioning team helped improve the overall health of the team.

Data compiled by Klossner and Robinson showed that injuries overall had trended down under Durkin. The report said the mere fact the injuries were being tracked so comprehensively suggests Maryland was “working diligently” to “minimize injuries and better safeguard player health.”

“None of this, of course, mitigates the tragic death of Mr. McNair, nor the mistakes relating to Mr. McNair’s treatment,” the report read.

Like the Walters report, Thursday’s findings discussed a 2017 proposal from Anderson and Klossner — which Loh rejected — that would have changed the structure of Maryland’s sports medicine by having trainers report directly to the University of Maryland medical school in Baltimore, rather than other employees at this university.

According to the report, the plan emphasized the need for care “independent of any influence of the UMD Athletics Department.” The report did not say Loh’s office was wrong to reject Anderson and Klossner’s plan, but did say the model reflects a “desirable goal” that “should be pursued.”

“I don’t understand why this is necessary,” Loh’s chief of staff, Michele Eastman, told Klossner. “I worry it will cost more in the long run, and that we are ceding hiring and firing of UMD employees to another institution.”