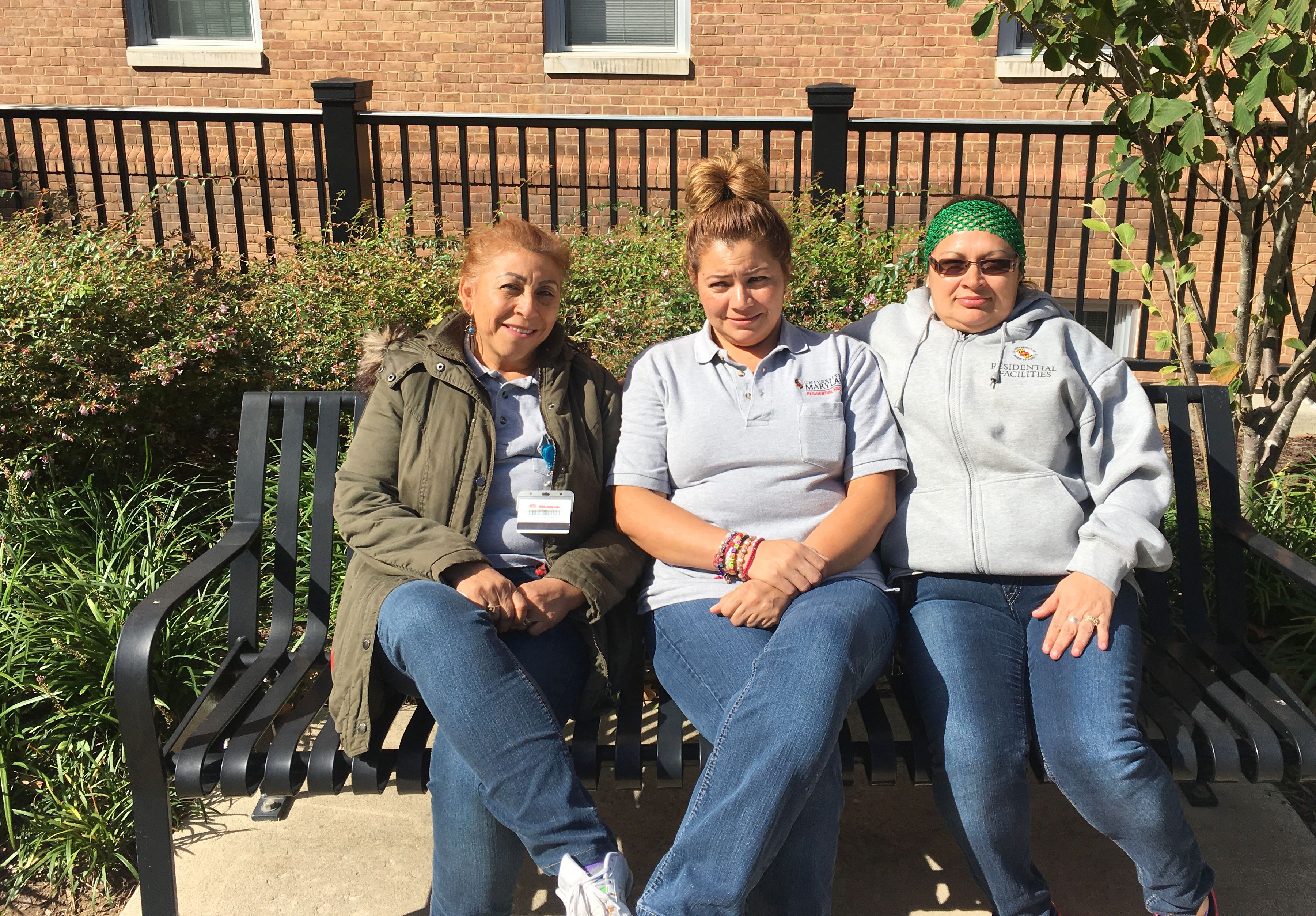 Maria Perez sat crying in a McDonald’s on Route 1 last week, tearing at a scrap of paper in her hand.

Perez, a Mexican immigrant, works at the University of Maryland as Elkton Hall’s lead housekeeper, where she says her manager regularly chastises her for speaking in Spanish. He often does so in front of the other Elkton housekeepers, whom Perez said she is responsible for overseeing.

“I feel humiliated,” Perez said in Spanish, her native language, as a union organizer who represents workers at this university translated.

Perez is one of three housekeepers in Elkton and Easton halls who say they are routinely rebuked by their housekeeping manager for speaking Spanish while at work.

The Diamondback spoke to six housekeepers across three dorms who described a culture where workers whose native language is Spanish are often discouraged from speaking it.

Tremmele Tisdale, Perez’s manager in Elkton Hall, said other housekeepers came to him with complaints about their co-workers speaking Spanish.

“As a leader, as Perez is, it is my hope that she would respect how her employees feel when her and others are talking Spanish,” he said. “They feel offended, upset. And not welcome.”

Tisdale told The Diamondback he’s concerned that the Spanish-speaking housekeepers’ complaints could damage his reputation.

“So many of my superiors told me I shouldn’t be talking to you,” Tisdale said. “But it’s my reputation, not theirs.”

University spokesperson Katie Lawson wrote in an email that Residential Facilities tells its supervisors that employees should not be prohibited from speaking in their primary language while at work.

Lawson also wrote that supervisors are encouraged to provide their employees with the support needed to ensure they can speak in their primary language without it interfering with their work, and while the university cannot comment on specific personnel issues, “allegations of discrimination are a serious matter.”

“We encourage all employees to file reports with the Office of Civil Rights and Sexual Misconduct so they can formally investigate any claims,” she wrote.

Marc Seiden, an organizer with the American Federation of State, County and Municipal Employees, wrote in an email that the union is reviewing several options for having the situation investigated, including filing complaints with the OCRSM, the U.S. Equal Employment Opportunity Commission or the Maryland Commission on Civil Rights, or using this university’s grievance procedure.

Mirna Diaz, another housekeeper in Elkton Hall, also said Tisdale has often chastised her for speaking Spanish on the job. Still, Diaz — who was born in El Salvador — continues to speak her native language.

“I am very excited about my language and my everything,” Diaz said, beaming widely. “Mi cultura.”

Diaz said it doesn’t make sense to speak English with her colleague Maria Zelaya, a housekeeper in Easton Hall who understands some English, but speaks barely any.

Zelaya said through a translator that she has also been told off by Tisdale for speaking Spanish.

Tisdale started as the housekeeping manager for Oakland Hall and the Denton Community in 2012, but the workers say he didn’t start chastising them for speaking Spanish until last summer.

In August 2017, Perez said she asked the department’s employee relations manager whether Tisdale was allowed to do this. Perez said the manager, Talaya Gilmore-Moye, told her that he was, adding that since Perez lives in the United States, she needs to speak English.

But even before last year, Perez — who started working in the Denton Community in 2007 — said she was admonished for speaking Spanish at work in performance reviews by her supervisor, Manuel Soto.

Neither Soto nor Gilmore-Moye responded to multiple requests for comment.

Perez replied that she speaks English for work-related matters and Spanish on her lunch and break, which is typically in Elkton Hall’s break room. But she said Tisdale told her to eat somewhere else if she wants to speak Spanish.

For three days after this meeting, Perez took her lunch outside, she said. But she said it was too hot outside, so she eventually returned to the break room.

When her co-workers talk to her in Spanish, Perez said she replies in kind, but feels self-conscious doing so.

After the meeting, Perez told Seiden about Tisdale’s actions. AFSCME Council 3 President Patrick Moran reached out to Del. Joseline Peña-Melnyk (D-Anne Arundel and Prince George’s), who in turn said she brought the allegations to Michele Eastman, the chief of staff in the university president’s office.

Peña-Melnyk, whose district includes this university’s campus, said she received a response from Andrea Goodwin, the OCRSM’s interim director, who told her that the office had been made aware of the situation.

“I believe the women,” Peña-Melnyk said. “If they say it happened, it happened.”

When asked about the case, Goodwin wrote in an email that OCRSM’s work is confidential.

Diaz said she isn’t worried about losing her job for speaking Spanish. If she does, she said, she’s confident she’d be able to find another one.

But Perez is scared she might lose her job — and she feels like she’s too old to find a new one.

She started working at this university in 2000 with hope that her children could attend. While her first three did not, Perez worries how she and her husband, who works in construction, will be able to afford to send her youngest to college if she is fired.

And Perez is afraid of Tisdale. Last summer, while she was cleaning a door in the lobby of Elkton Hall, she said Tisdale charged up the stairs from the basement and slammed the door in her face.

Perez said she described the incident to the employee services assistant director for Residential Facilities — Sean Ballantine — but decided against filing a formal complaint, because she didn’t think it would solve anything.

On Wednesday morning, Perez said, Soto called her into a meeting with Tisdale, Ballantine and Jeff McGee — an assistant director of building services for Residential Facilities. She said Ballantine and McGee told her that she could speak Spanish at work, but encouraged her to speak English if other non-Spanish speaking housekeepers were around.

Perez said Tisdale was quiet during the meeting and worries her workplace environment won’t change. Even so, she doesn’t plan to stop speaking Spanish.