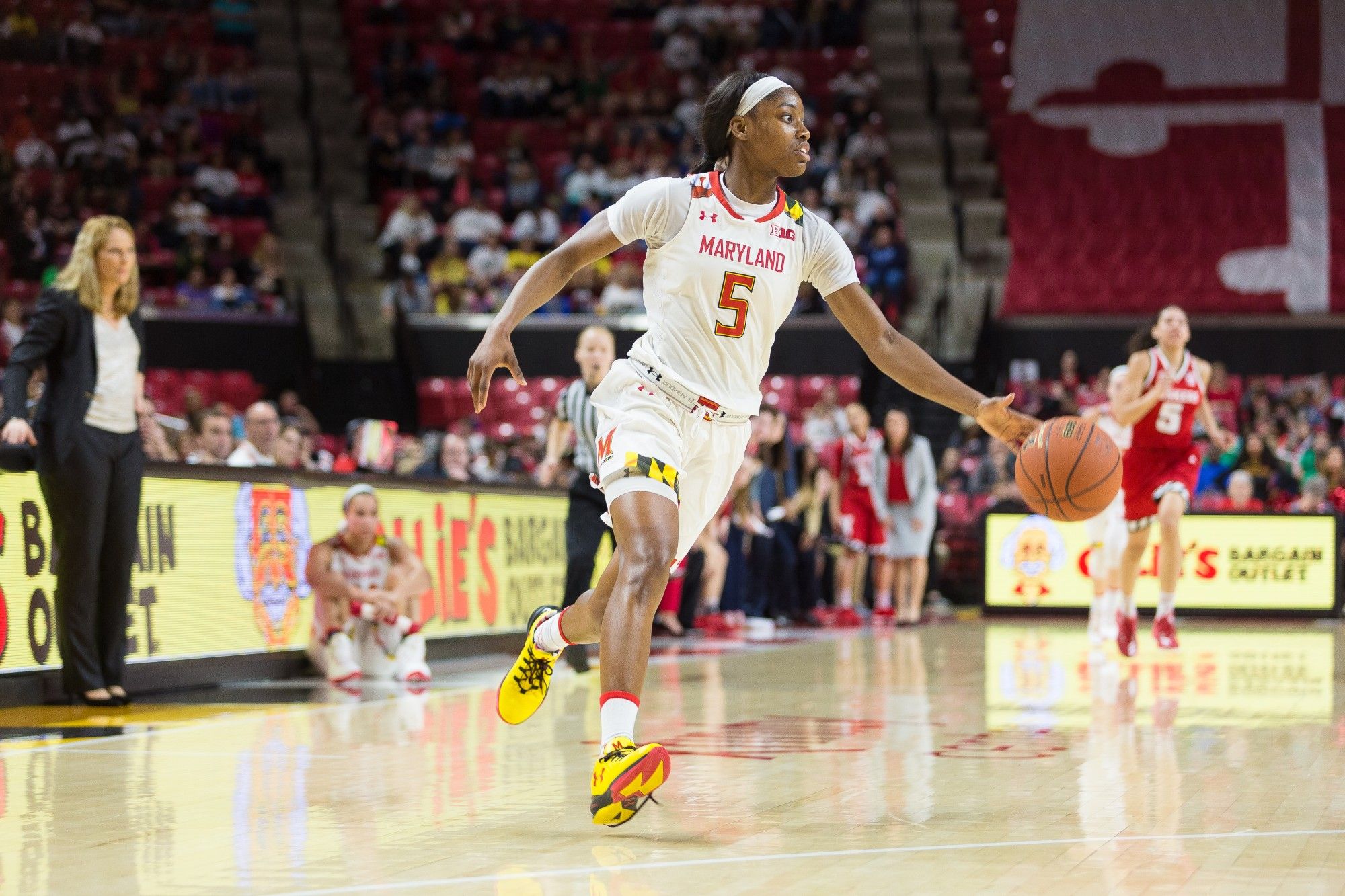 Guard Kaila Charles sprints down the court during a fastbreak in Maryland’s 77-75 win against Nebraska on Feb. 25, 2018 at Xfinity Center. (Marquise McKine/The Diamondback)

Maryland women’s basketball was named the preseason Big Ten favorite by both the conference’s coaches and the media on Monday.

The Terps return four starters and 75 percent of their offensive production from a team that went 26-8 and were bounced by NC State in the second round of the NCAA tournament in 2017-18. It was the first time since 2013-14 they failed to eclipse the 30-win threshold.

Charles, who earned preseason honors for the second consecutive campaign, led the Terps in scoring with 17.9 points per game and rebounding with 8.1 boards per contest in 2017. After the season she was named to the All-Big Ten First Team.

Lewis was fourth among freshman in the NCAA in assists with 4.7 per game last year. She started 32 of 34 games in her first season, finishing with 160 assists and 64 turnovers.

While Maryland was in somewhat of a transition year a season ago, the Terps are expected to compete nationally this time around. Iowa came in second in both Big Ten polls, and Michigan checked in at third in the coaches poll while Minnesota took the spot in the media poll.

The Associated Press preseason poll is announced Oct. 31 and the USA Today Preseason Top 25 Coaches poll will be released Nov. 1.