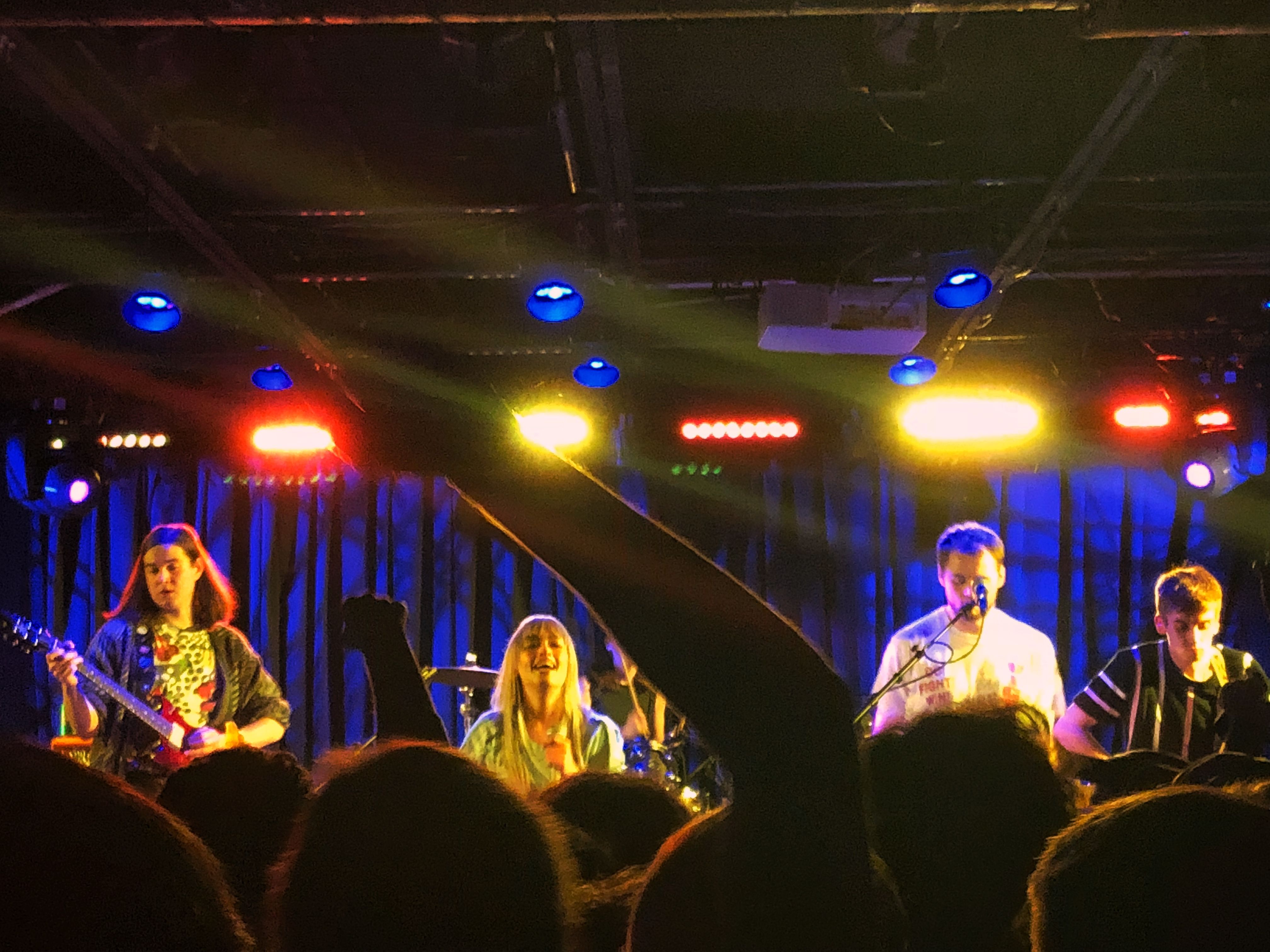 The line in front of the sold-out venue on Route 1 — a diverse crowd, from young children and their parents to University of Maryland students — wrapped around the block, drawing attention from passers-by wondering aloud who was performing.

When the band started to play “Flamingo,” their most-streamed song on Spotify, the audience went wild, clapping vigorously along to the lyrics: “How many shrimps do you have to eat/ before you make your skin turn pink?”

“I don’t hear a lot of music that is like [that],” said Maya Montgomery, a senior Arabic major. “It’s just so fun and pop-y, but also really random and fun.”

“As a person who’s also multiracial, having a multiracial lead singer who sings in both languages is really cool to me [and] that she can use her heritage in her music like that,” Samelson said.

During energetic songs such as “Only Acting” and “Trampoline,” attendees pressed forward against the front railing, forcing security to push the crowd back so they didn’t flood the stage. Some moshed and head-banged, and others held up their phones to record the show and passionately sing along with the lyrics.

At times, the floor bounced precariously as the audience jumped along to the music.

“It was a lot more intense than I thought it would be,” Samelson said. “There were like a lot of people jumping around. I almost fell down like three times.”

In between songs, Perry teased the audience, asking if everyone had finished their homework before attending. The audience collectively groaned in response.

During another small break, members of the crowd shouted out their excitement saying things like, “You make me so happy!” and “I would die for you!”

Perry didn’t even hesitate in response. She cheerily quipped, “Don’t die for me, live for me, yeah!”

As the concert ended, tired and sweaty concert-goers chugged free ice water before streaming out into the College Park night.

“Overall, it was fun,” said Samelson. “It was kind of refreshing to see that people can get really excited over music like this, too.”