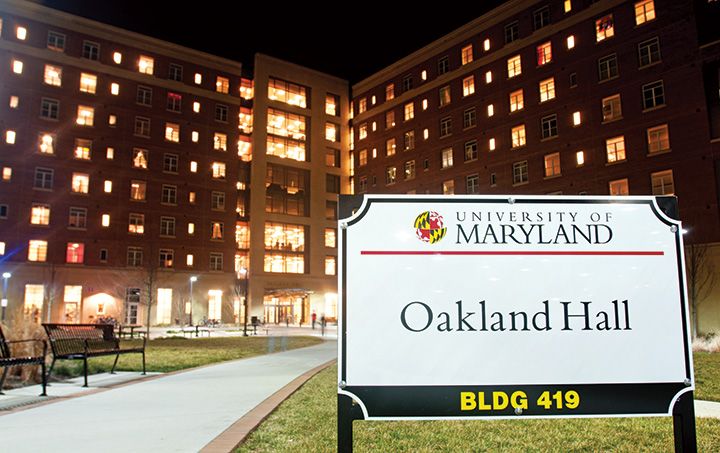 This year, in addition to RAs, some University of Maryland dorms have MAs — multicultural advocates.

There is one MA assigned to Oakland Hall, another for South Campus Commons 1 and 2 and a third who splits her time between Easton Hall and Commons 1 and 2, Tan said.

The advocates don’t live in these buildings, as resident assistants do, but they hold office hours there, Tan said. They also lead dialogue sessions in dorms about diversity issues on the campus.

University dorms have been a hotbed for hate bias incidents this semester, and Tan said she hopes the MA position could help prevent them.

If multicultural advocates can build relationships with the residents in their buildings, Tan expects that fewer hate bias incidents would occur, and “students [would] feel like they have tools in terms of processing” incidents when they do happen.

Four of the nine incidents listed on the university’s hate bias incident log as of Sunday involved anti-LGBTQ or anti-Semitic language written on dorm whiteboards.

After the pilot year, organizers are hoping there will be one multicultural advocate for each of the on-campus resident communities.

Daniel Akrong, a freshman aerospace engineering major, said MAs may not be necessary for every campus community.

“They should probably only be in place if there was previously an event of a hate bias or racial bias incident,” Akrong said.

Common Ground groups are made up of 10 to 15 students who meet for four sessions during the spring semester. All three of the MAs were Peer Dialogue group leaders, who underwent 70 hours of training on leading dialogues on “hot-button” issues for a three-credit internship.

This is a way to have “students on the ground in the halls who are working with the RAs, the RDs and are getting to know the residents,” said Common Ground program director Nicole Mehta.

“We were intentional in how we chose to disperse [multicultural advocates] in the first year so we could see how it works in different areas,” she added.

Although there’s not much information about the multicultural advocates online yet, Mehta said that is “one of the areas that we want to develop.”

Currently, MAs work 12 hours a week, attend RA meetings every other week and attend separate biweekly meetings with Mehta, where they talk about what’s happened recently and “what’s on the horizon going forward,” she said.

The MA program is “really on the building stage” this year while organizers try to answer a few questions, Tan said.

“I mean I don’t see the harm in them holding office hours, but I don’t see how used that time would be,” Lathrop said.

Tan said that another approach to multicultural programming this year is the Residence Hall Association’s hall and area council positions of vice presidents for diversity and inclusion, which they also hope to “scale up at some point.”

On Oct. 2, the RHA passed a resolution to reinstate the ad hoc Diversity and Inclusion Action Committee, or DIACom, for a pilot program set to run for the 2018-19 academic year.

The ad hoc committee was a pilot formed last fall set to last until the spring semester. During that time, they created the vice president position of DIACom, said RHA president Bryan Gallion. Now that the position exists, RHA will work on forming the role, he said.

“It’s important to know that one race isn’t superior and to be open-minded toward other people’s ideas and culture,” Zheng said.