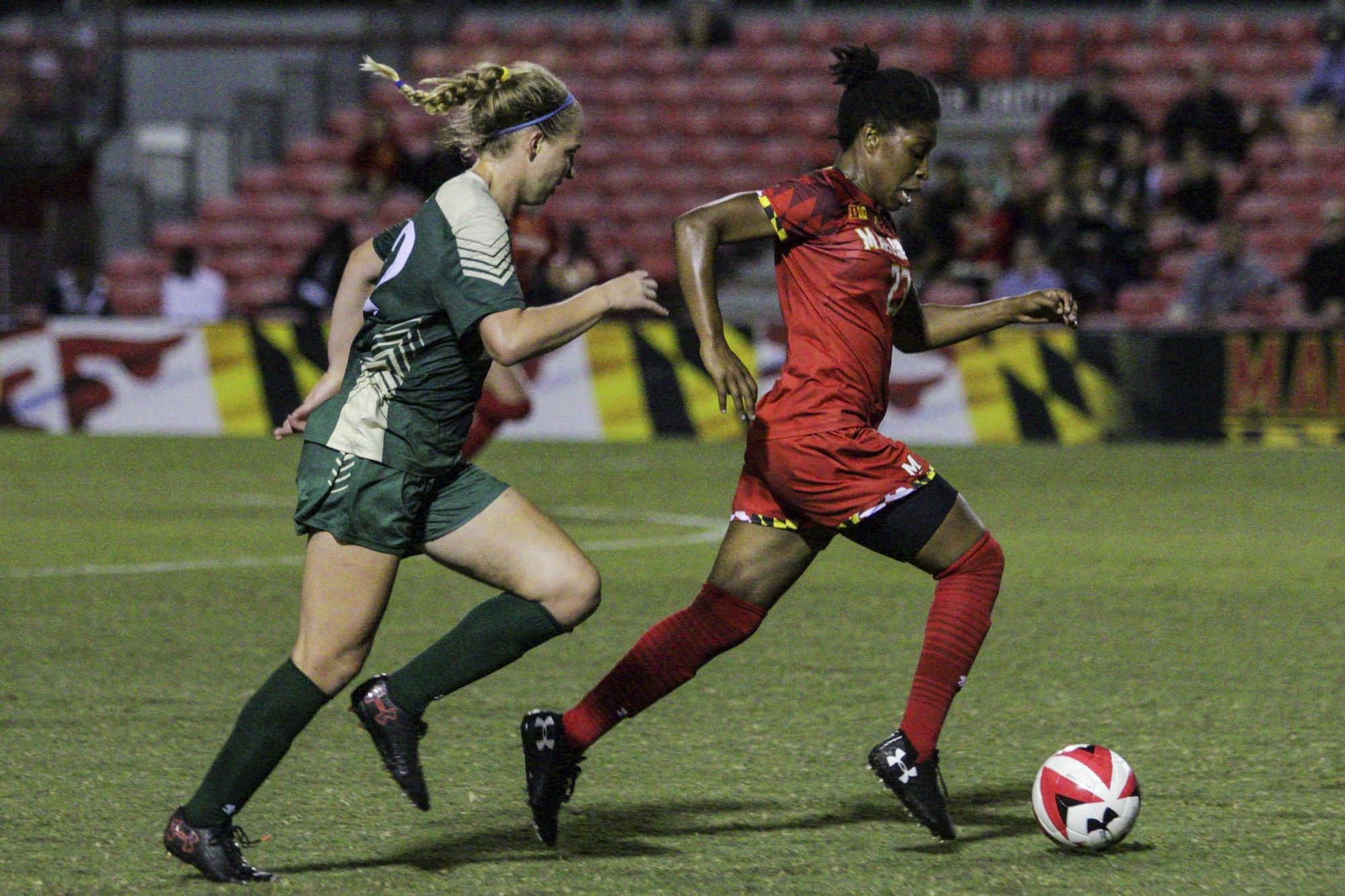 At the beginning of the 2018 season, the Maryland women’s soccer team spent a day together discussing how far they envisioned their team going.

After finishing in the cellar of the Big Ten in 2017, the Terps were picked to come in second-to-last in the preseason conference coaches’ poll.

Despite the lack of expectations from people outside the program, Maryland still established its goal as making the Big Ten tournament at the end of the season. For that to happen, the Terps must win their final two games — and get some help from teams ahead of them in the standings.

“Going to the Big Ten tournament, I think, will just give our team something really positive to look at,” forward Jarena Harmon said.

Maryland (4-8-5, 2-5-2 Big Ten) is 12th in the conference with eight points. Only the top eight squads qualify for the tournament, but the Terps are separated from Iowa and Minnesota — the seventh- and eighth-place clubs — by just five points.

While Maryland hasn’t won two straight games since 2017, it’s commendable to be in reach of the conference tournament at this stage of the season. The Terps will face the Wolverines (7-8-1, 3-5-1) and the Hoosiers (7-7-2, 3-6-0) in their final two matchups.

In 2014 — its first year in the Big Ten — Maryland finished 3-5-5, coming up just one point short of tournament qualification. In the three seasons that followed, however, the team failed to secure an end-of-year finish above last place. The Terps’ closest margin to qualify was in 2017, when the team finished nine points away from the eighth position.

So, although it’s unlikely Maryland ends the year on a two-game win streak, there are positives to take from a much closer final position.

“They’re really growing. Their mentality is getting stronger,” coach Ray Leone said. “I see it in the young players, but I see it more so on players that were on the team last year. That wasn’t with them last year, and they’re much tougher mentally this year.”

After falling to Illinois on Oct. 4, Maryland has appeared to turn a corner. The Terps upset then-No. 14 Northwestern the match after, and, if not for conceding a pair of second-half goals against Penn State and Ohio State, they could have earned points in each contest.

So as Maryland enters the final weekend of conference play, it does so with a clear path to wreak havoc in the standings. But for the Terps to give themselves an opportunity to play a meaningful final game against the Hoosiers, they must notch their first road victory of the season against Michigan.

“It’s something to be able to say, ‘Here it is, we just need to climb the ladder this high to go [to the tournament],’” Harmon said. “And then when we get there, handle it.”