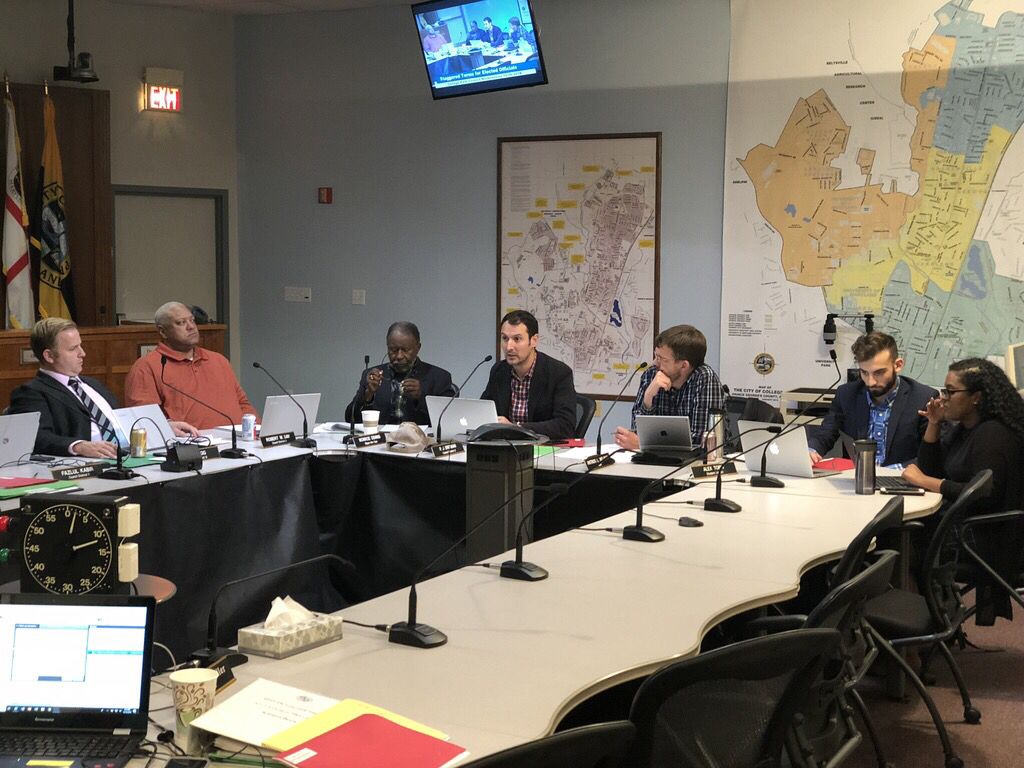 The College Park City Council is considering extending its members’ terms to four years through a referendum in the 2019 election.

At a work session Tuesday, members discussed forming a Charter Review Commission, which would gather information on the possible non-binding referendum.

The commission was inspired by a similar one created in Rockville in 2011. Bridget Newton, Rockville’s mayor, spoke with the council during an August work session about her city’s experience with extending council terms from two to four years.

[Read more: College Park is trying to improve its Census response rate in 2020. Here’s how.]

Newton, who said the issue came to voters three times before passing, said in August that the extended terms have freed council members from constant campaigning and have resulted in a more productive and fiscally efficient city council.

Mayor Patrick Wojahn proposed the commission include a cross-section of the city, with two members per district included. Ideally, city officials said, the committee would be in place by early next year.

Council members said they want the committee to objectively weigh all aspects of the proposed term extensions — both positive and negative — before presenting its findings to the council, which will decide whether to put the issue to referendum.

“Certainly, if there are things that come out of that discussion that are kind of related to that particular item, I believe the commission would have the ability to bring those recommendations to the council to consider amending the language of the referendum,” Brennan said.

District 1 Councilwoman Kate Kennedy said the commission should be framed as an objective, information-gathering venture.

“I get nervous about this committee being advocacy and fighting back and forth,” Kennedy said.

The council is expected to review the resolution at the Nov. 13 work session and vote on it at the following week’s regular meeting.

Fazlul Kabir, a District 1 councilman, said he “didn’t think it was too important,” when the idea was first raised at the retreat and was “a little surprised” to see the term extension as one of the council’s top priorities.

“To see something at the top of the list, you’d probably be hearing a lot of demand from the residents,” Kabir said. “I don’t think that’s happened.”