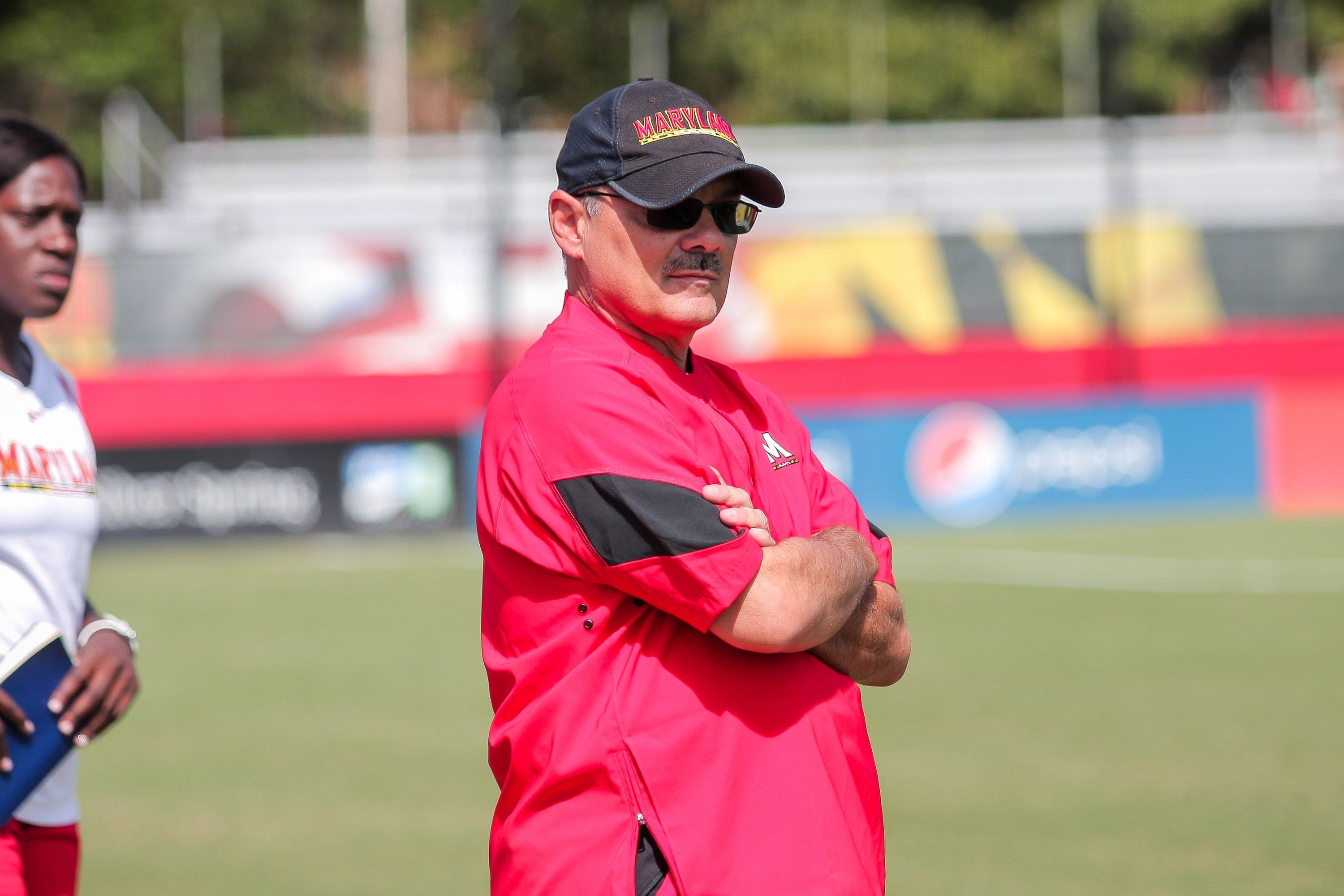 Head coach Ray Leone observes the team from the sideline during Maryland’s game against Northwestern on Sep. 25, 2016 at Ludwig Field. (Marquise McKine/The Diamondback)

Even though Penn State had to wait until the second half to break through against Maryland women’s soccer Friday, the goal seemed to be a long time coming.

In the opening period, the Nittany Lions had dominated a lethargic Terps side. When Penn State found the back of the net, it interrupted what had been a revitalized second-half performance, and Maryland lost, 1-0.

The score gave Maryland only its third halftime lead this year, but just four minutes after the break, Ohio State equalized as the Terps faltered in a key moment once more. For much of the year, Maryland has struggled early in halves, and the trend cost the team a win on Sunday.

“We responded well [to the goal],” coach Ray Leone said. “But I was disappointed because they know what they’re supposed to do in these beginnings of the half, and we didn’t do it. These are things we’ll keep stressing.”

During the first half against the Nittany Lions, Maryland was outshot 11-3, seemingly outclassed by Big Ten’s first-place team. After halftime, however, the Terps limited Penn State to just six shots. Maryland pressured Penn State’s defense and earned two corner kicks, something it hadn’t been able to do in the first 45 minutes.

That second half improvement didn’t re-occur in Sunday’s match against the Buckeyes, and they capitalized. Less than five minutes after halftime, midfielder Hope Lewandoski committed a foul in a dangerous position near the Terps’ goal, and defender Izzy Rodriguez made her pay, ripping the resulting free kick past goalkeeper Rachel Egyed to level the contest at one.

The Buckeyes needed a positive result for a better conference tournament seeding, having entered the contest in fifth place in the Big Ten. The early second-half goal took pressure off the squad.

“I’m disappointed we didn’t do well in the second half right out of the gate,” Leone said. “It was too quick for them to score, so they didn’t have to stress at all.”

[Read more: Maryland women’s soccer held without a shot on goal in 1-0 loss to Penn State]

Despite the immediate disappointment from allowing an early second-half equalizer, the Terps recovered and nearly won their first road match of the season. Although Maryland was outshot 13-11 after halftime, the team prevented the sort of late collapse that has hampered its campaign at points.

Against Minnesota on Sept. 28, the Terps allowed a goal shortly after halftime to balloon into a three-goal defeat.

So, entering the final week of the 2018 season, Leone found positives to gain from a promising first half against Ohio State. But to sneak into conference tournament contention, Maryland will need to prolong its strong play for the full 90 minutes.

“They’ve got to watch the video and see what we’re focusing on,” Leone said. “And when they don’t do it, see how it hurts us.”