UMD should prepare students to be active citizens, not just registered voters 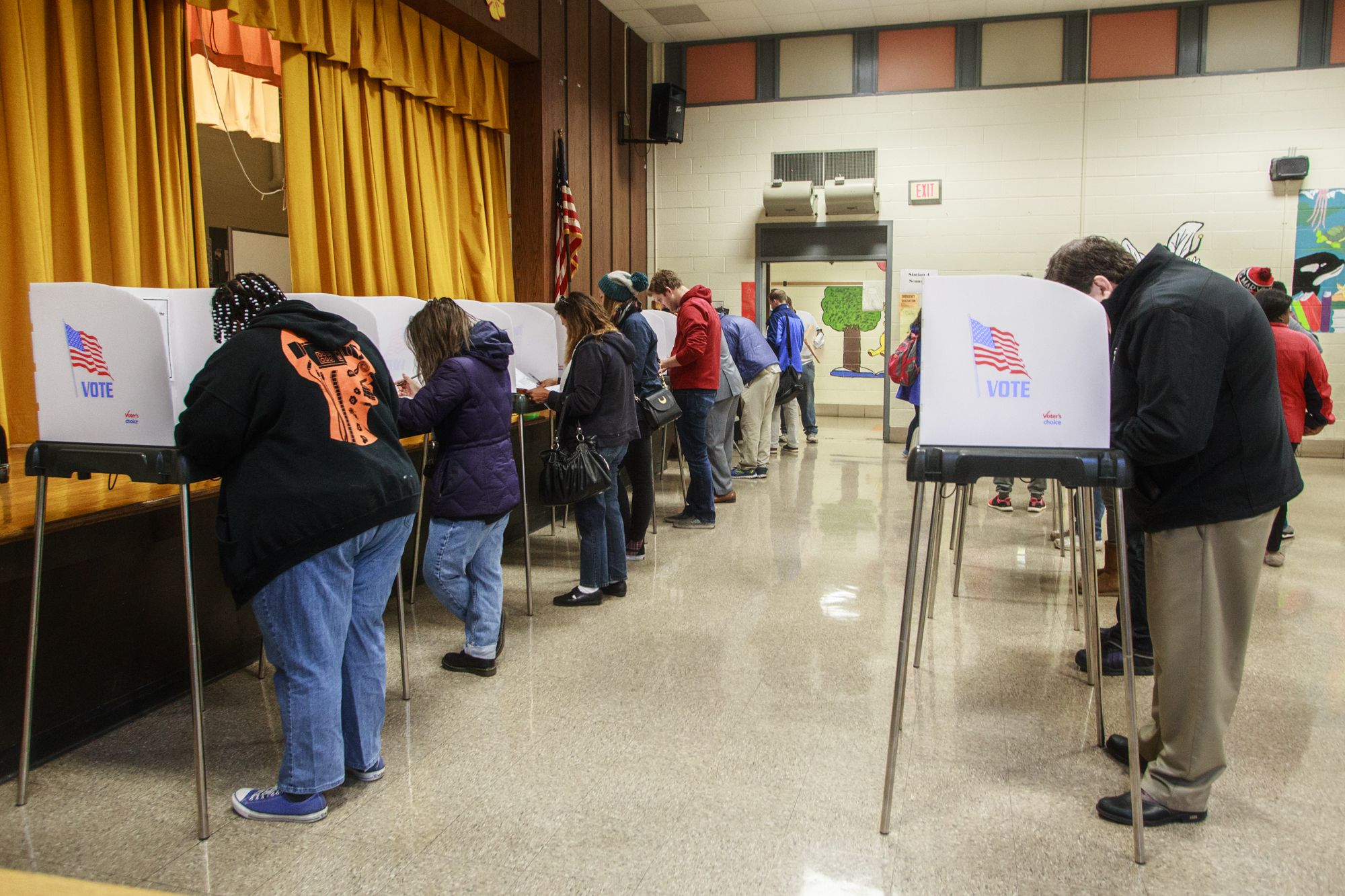 As the temperatures cool and the leaves turn their pleasant shades of orange and brown, students are once again deluged with the familiar calls from well-intentioned classmates stationed at McKeldin Mall with clipboards and buttons:

“Are you registered to vote?”

This university’s record of registering students to vote is impressive. Terps Vote, a coalition of student organizations and leaders, has worked tirelessly to register more than 2,000 students since August, according to MaryPIRG president Tino Fragale. In the 2014 midterm elections, only 19.9 percent of 18- to 29-year-olds voted nationwide, but with our voter turnout among eligible students increasing in 2016, the University of Maryland could surpass that benchmark. The efforts of Terps Vote organizers have been recognized and praised in The Diamondback and Washington Monthly, among other publications.

But this university’s civic engagement efforts should not end with voter registration drives.

Research shows that voter registration drives don’t necessarily increase turnout, nor do they alter the composition of the electorate. David Nickerson, a political science professor at Temple, argues in his 2014 study that voter registration drives only facilitate the process of registering to vote for people who are already inclined to vote — people who are richer, whiter and from more educated families.

Meanwhile, more than half of eligible voters don’t vote in midterm elections. Why? Many people simply feel a disconnect from our political system. Students may not align with the policies of candidates at any level of government. They may not feel connected with or represented by current elected officials. It’s not a question of apathy or ignorance; it’s a question of whether voting is a genuinely effective mechanism to ensure that elected officials respond to citizen’s needs. And for many people, it isn’t.

This university must assume responsibility for educating students on other tactics to engage in their communities and create change when the current political system fails to.

To complement voter registration efforts, this university should invite candidates from all political parties running for office at all levels of government to speak on the campus all the time, not just during campaign season. Hearing from our county executives, board of education members and attorneys general would strengthen relationships between students and officials and inform students on how their electoral decisions affect their lives. More importantly, it gives students a way to directly hold elected officials accountable by questioning them in person.

This university should also integrate education on civic history and policy issues more seamlessly into curriculum across departments. Having history and social science General Education requirements are a good start, but many students in technical or scientific fields often don’t see the connections that their fields of study have with civic life. Interdisciplinary co-curricular programs such as the Leadership and Community Service Learning office and the Do Good Challenge — which encourage students across the campus to engage in the surrounding community and start their own social change projects — are steps in the right direction.

Students should also be actively encouraged to learn about nonviolent resistance and civil disobedience tactics, which can help them effect change by working outside of the system. More support for student activist groups, increased research for studies of social movements and invitations for outside activist speakers to share their experiences would motivate students who feel dissatisfied with the status quo to engage productively instead of disengaging entirely.

Registering students to vote is great, but it’s not enough on its own. Through increased dialogue with elected officials, interdisciplinary civic education and support for activism, this university has the potential to transform passive observers into active citizens.