To other sexual assault survivors: Your story matters 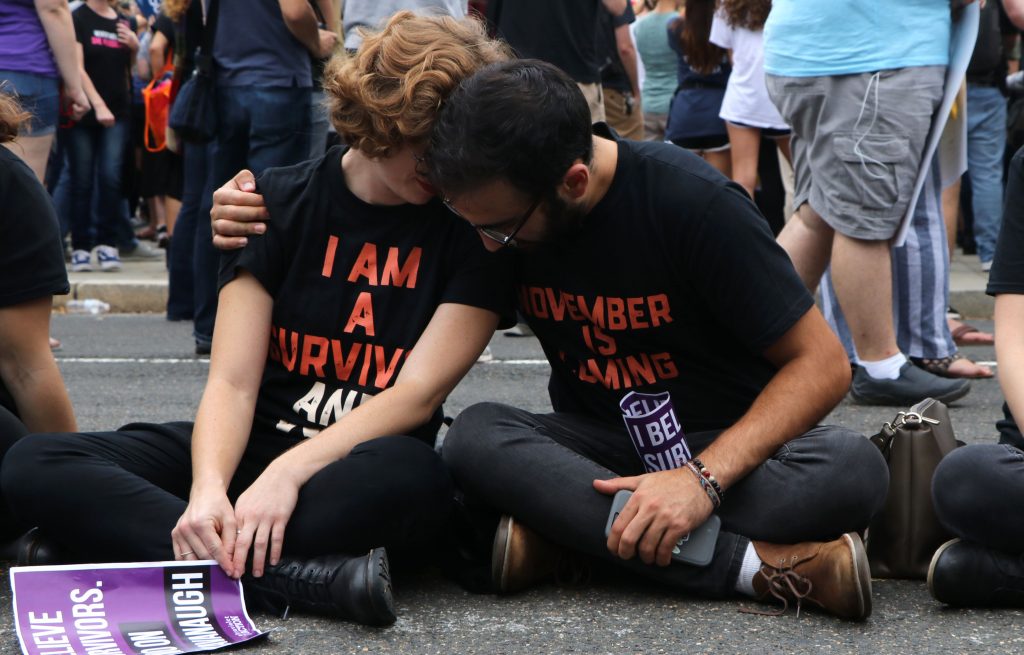 Brett Kavanaugh’s confirmation as a Supreme Court justice rekindled mortifying yet familiar sensations: the impulse for months to scrub my skin off with sandpaper; the robbery of my own power and control; and the perpetual palpability of my battered, broken and unworthy spirit, as well as the emotional wound that never truly mended. Upon hearing such news and believing that my story will never matter, I sobbed. I wept even more knowing that sexual assault victims and survivors from around the world have been wronged.

Yet what is most gut-wrenching is that the confirmation comes as no surprise, even after the assault allegations, unprofessional behavior and blatant perjury. Sexual violence has transformed into a polarizing political issue, which leads me to wonder if — in the face of “revolutionary” awareness movements such as #MeToo — society genuinely cares for victims of sexual assault.

Here’s my story: I am 21 years old and I have been raped three times. I know nine people at this university alone who have been raped. I know far too many individuals who were heavily affected by the trauma of their loved ones. (It was heartbreaking to tell my father recently that his sole daughter was raped on multiple occasions.)

Although my personal experiences with sexual assault were rather aggressive — all three involving some degree of bruising, bleeding, shoving, yelling, crying and begging for an end — it is critical to note that not all sexual assault incidents are the same.

And that’s precisely why survivors’ particular accounts carry substantive weight. They matter. The sole invariable quality is that victims feel an extent of suffering after the unwarranted violation.

Until recently, I did not fully process the first rape (committed by a stranger in Croatia in 2016), as I instead welcomed shameful emptiness and an unhealthy, regretful self-destructive streak. I only informed a few friends after I was raped again in College Park, a year after Croatia, because the series of panic attacks I’d experience when I saw the “friend,” who had disrespected my body and soul, became too overwhelming.

And while most were sympathetic to my pain, some were skeptical. Because I felt comfortable in traveling alone overseas, and because I had previously been confident in my sexuality, my claims of rape were quick to be dismissed.

They were easier to dismiss when I was raped once more just this May. Some of my friends reached the conclusion that since I had been raped twice before, it was impossible for me to have been raped yet again. After all, when I had reported my second rape a year ago, nothing came of it. So with the failure and vanity of the justice system and the simultaneous loss of friends and support, I refrained from taking any emotionally exhausting legal actions.

It’s distressing to realize that so many people have known a similar suffering to mine. To the victims and survivors; women, men, anyone who has been mistreated: No one will ever thoroughly understand the precise depth of your pain and confusion. It is not our place to direct you on how to cope, seeing that everyone operates and heals differently.

Still, I am so sorry that such emotional, mental and physical pain ever happened in the first place. I am sorry that while there may be consequences for the perpetrator, there is truthfully little that can be done to completely erase the past or its initial and enduring torment. I am sorry that there will never be a definitive answer to the questions of why someone would commit such an atrocity, how one could be blind to the pain inflicted, if one would ever want his or her loved ones to experience the same anguish being imposed. And I am sorry that distasteful jokes still linger, especially those regarding the disrespect of women (“she’s a slut”) and trivialization of male victims’ trauma (“don’t drop the soap”).

I am sorry. But I am hopeful, and in continuous admiration, of the unmistakable strength in victims to prevail and survive each day. Even with global events seemingly insinuating disappointment and invalidation to victims, I grasp onto the hope that survivors of sexual assault will continue to recover, heal and regain belief and assurance in coming forward comfortably about their experiences until there are repercussions for the assaulters and minimization in the amount of people getting hurt.

There may have been a moral failure with Kavanaugh’s confirmation, but I am confident that this will not continue to be the norm. Dr. Christine Blasey Ford’s story still matters. My story matters. The stories of all sexual assault victims and survivors matter. And truth and justice will triumph.

Caroline Yun is a senior government and politics major. She can be reached at carolineyun37@gmail.com.