Review: ‘This One’s For The Ladies’ tells the stories of black male strippers 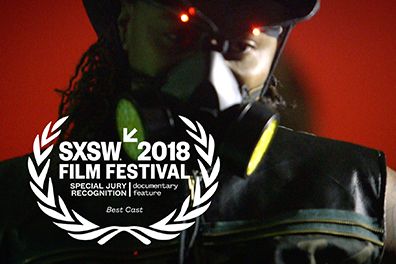 Creating a movie that portrays stripping as sophisticated and nudity as novel is a feat in and of itself. It’s one of many executed by the innovative, uncensored look into the lives of black male strippers, This One’s for the Ladies.

For director Gene Graham, the title came “instantaneously” one day.

“Everything that’s happening in the movie is for women, and for women of color, specifically,” Graham said. “As I’m editing, I would sit there and be like, ‘Would the ladies approve of this?’”

Set in Newark, New Jersey, the documentary provides a glimpse into what it takes and what it means for these men to strip, and the theatrics and charisma behind them. Also front and center are the women who simply love watching these men thrust their hips and gyrate their behinds until the sun comes up.

Together, the endearing dichotomy of these two crowds creates a boisterous, easy-to-love cast — one worthy of South by Southwest’s Special Jury Recognition for Best Cast.

Cinematographer Paul Rowley concurs that the cast was what makes the movie so special.

“They just opened their arms and their homes to us,” Rowley said. “They just told us such fabulous stories.”

Whether you’re following Poundcake, your typical everywoman who’s baking in her kitchen, or the suave Satan, whipping out his unmentionables, not a single person introduced fails to leave a distinct, memorable impression.

Lakia Hunter, better known in the film as “Blaze,” was the sole female dancer portrayed. And she was proud to don the role.

“I’m one way outside of the dance world — I’m all goofy and bubbly,” Hunter said. “But when it’s time for me to dance, I just change and morph into somebody. To see it myself, it’s like, ‘Wow, who is that?’”

The film daringly takes on many difficult, multi-edged topics, from addiction and sexuality to poverty and race, all through the fresh lens of male strip culture. It forces the viewer to pay attention and consider these issues in ways they haven’t before.

“When I say ‘stripper,’ we all have a stereotype of who that person is and who may be the people that go into the venue to see these people,” Graham said. “I feel like the movie breaks that down. By the end of the [film], you are in a different place.”

Ladies screened at the University of Baltimore as part of the Baltimore International Black Film Festival on Friday and is eyeing a potential theatrical run in early 2019.