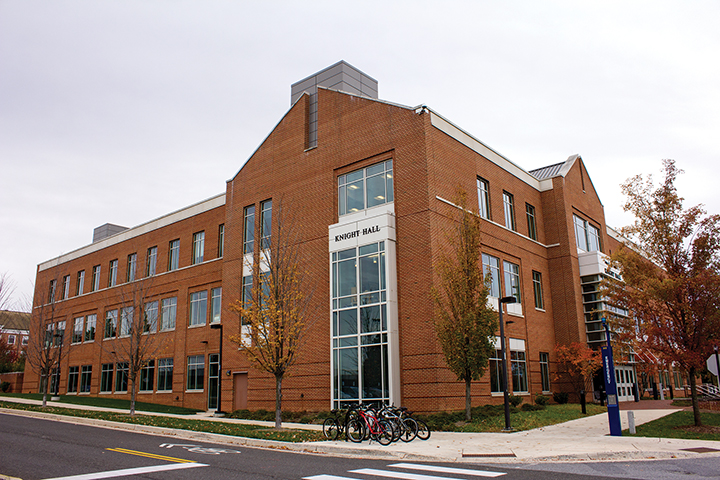 A public relations crisis expert who has represented the likes of Harvey Weinstein and Chris Brown said the University of Maryland should take legal and preventative measures to avoid another tragedy like the death of football player Jordan McNair.

Michael Sitrick, a 1969 graduate of this university’s journalism school and founder of Sitrick and Company, a Los Angeles-based public relations firm, said at a discussion Thursday in Knight Hall that the university could benefit from asking questions about what led to the crisis to prevent one in the future.

“What are the legal liabilities? What policies and procedures are in place or should have been in place?” Sitrick said. “Of course the most important thing is how do you prevent something like this — if you can — from happening again in the future?”

Partway through the talk, university President Wallace Loh made an appearance.

When asked if any of the information Sitrick discussed could help the university during its own crisis — specifically over McNair’s death — Loh said, “I think it is always helpful to learn from someone new.”

Sitrick, dubbed “The Wizard of Spin” by the Los Angeles Times, steps in to curb negative publicity about his clients during personal and political crises. He has represented controversial celebrities like Brown after he was charged with assault and former NFL quarterback Michael Vick, who pled guilty to charges related to dogfighting.

In October 2017, his firm took on Weinstein as a client, before dropping him in April. Weinstein was arrested on charges of rape and other offenses in May.

Journalism college dean Lucy Dalglish hosted the discussion and pressed Sitrick on whom he chooses as clients and the psychology of public relations over the hour-and-a-half-long meeting.

“When we announced that you were coming,” Dalglish said, “they couldn’t believe that I would invite somebody as reprehensible as someone who has represented—”

Sitrick admitted that Weinstein was “probably one of my most controversial” clients, but maintained that, at the time, Weinstein had not been charged, and that he typically doesn’t abandon clients.

“It’s not ethical to abandon a client,” he said. “Our justice system is based on the system that you are innocent until proven guilty. He hadn’t been charged at that point.”

Back in April, Sitrick declined to discuss why his firm dropped Weinstein.

“It used to be corroboration to print the story on sexual assault allegations,” he said. “There had to be a police report, or there had to be a lawsuit. Now, it’s the victim told the friend.”

Sholpan Kozhamkulova, a journalism graduate student said she wanted to learn the perspective of a public relations person.

Kozhamkulova noted how Sitrick and his firm use a lot of “wiggle” room as a legal practice, and “they don’t promote anything, they just fix things.”

Jared Waller, who traveled from Howard University to attend the event, said Sitrick’s honesty was the most impactful part of the discussion.

“I really enjoyed hearing the very real perspective,” said Waller, a senior public relations major. “My question was, ‘How did he control the narrative, and how did he assess his clients before taking it on?’ I found that very helpful.”