Review: ‘Maniac’ is a weird trip that doesn’t know itself 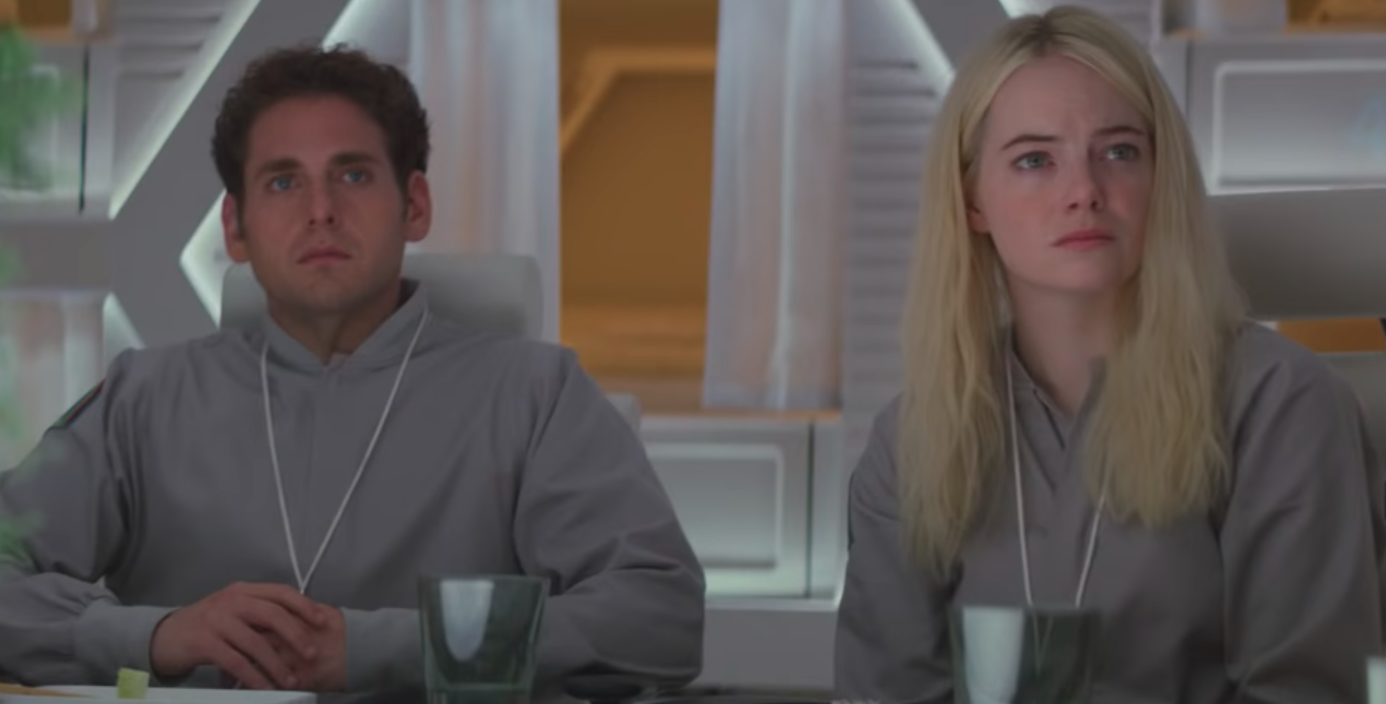 While Jonah Hill and Emma Stone shine in new Netflix miniseries Maniac, the story ultimately gets bogged down in subplots and universe building in a way that detracts from the stars’ exciting, emotional performances.

Hill and Stone play two very different people who spend an extended period of time together during an experimental drug trial. The two find themselves inexplicably drawn to each other as soon as the trial — in which subjects try three different pills that make them experience vivid dreams — begins. The drama follows the lives of the subjects, administrators and even a supercomputer over the course of the trial.

Hill and Stone carry the performance load. Hill’s dry portrayal of Owen Milgrim showcases a new side of talent he rarely shows on screen. His stoic presence is simultaneously sad, guarded and mysterious, but he has the opportunity to expand on his performance and show more range in Maniac‘s dream sequences.

Stone’s role portraying Annie Landsberg — who is addicted to one of the pills — is more straightforward. But she still brings a unique performance that helps balance the cast opposite of Hill.

The internal conflict of the show deals with trauma and sanity as it applies to Annie and Owen. In this context, Maniac is a fantastic character study, using its sci-fi background to ask questions about mental health in the modern age.

But that same sci-fi background is a huge drawback to the show’s main goal — several interesting plot points feel half-baked, as though they were never really given an opportunity to play out. These include ideas like an “Ad Buddy,” a person who reads advertisements aloud to people who listen to them as a form of payment, instead of using money to purchase things. Small details like this contribute only a little to the story and don’t go very far.

Other subplots — like the subjects’ conflict with trial administrators — feel not nearly as important as the main storyline with Hill and Stone. Conflict around doctor rivalries, A.I. computers, sexual attractions to software and one doctor’s (Justin Theroux) relationship with his celebrity therapist mother (Sally Field) distract greatly from the great performances by the superstar actors.

Maniac‘s biggest issue that the series doesn’t use the sci-fi genre to enhance its well-written and -performed exploration into mental health. Because the emotions feel so real, the set dressings and extraneous science gobbledygook feel completely superfluous.

Maniac has its moments. As Annie and Owen’s subconscious minds join together in their dreams, the show is able to investigate different, fantastical, occasionally humorous ways to tell their story, such as the main characters dreams playing out as a fantasy with elves or a mafia movie. The drastic shifts between Annie and Owen in and out of their dreams make for compelling character work.

In the end, Maniac goes its own way, and the various intermingling plots indicate the show has no idea what makes it work well.