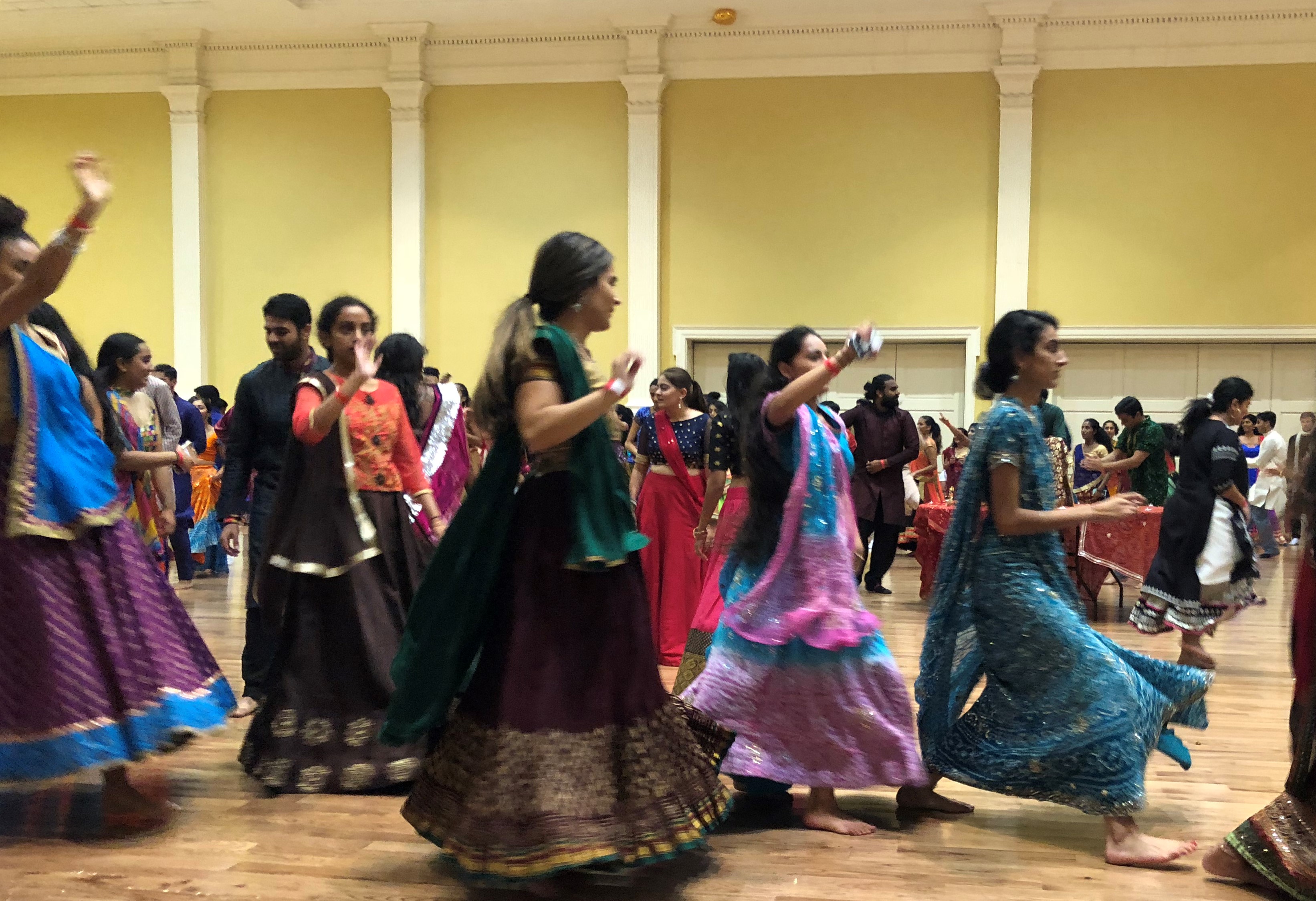 Students clothed in long colorful chaniya choli dresses twirled in concentric circles across the floor, skipping along in time with the music.

The cultural event, held Friday at Stamp Student Union, was co-hosted by Maryland Masti, a student group that hosts Indian dance competitions, and Iota Nu Delta, a South Asian interest fraternity. The Garba originated from a religious ceremony but this event was meant to be a fun way of participating in Indian and Hindu culture, said Maryland Masti co-director Hemali Rami.

“You feel very in touch with your roots,” Rami, a senior government and politics and information systems major, said. “Growing up I was never very ‘brown’ so to speak. I wasn’t super cultured. … So, for me, this is always a way to feel like I still am in touch with my religion. I’m still in touch with my roots, my culture, my people.”

“It’s a lot of fun, it’s very overwhelming at first because there’s so much happening and everyone knows what they’re doing,” Shrestha said.

Dancers were supplied with samosas midway through the dance, and as soon as the break ended, students flocked back into giant circles to keep dancing.

Jack Ramos, a junior mechanical engineering major, said he loves to dance and has a lot of Indian friends who highly recommended Garba to him.

“My friends have shown me videos and stuff that they’ve done and it’s finally fun and nice to be a part of it and actually do the dance,” Ramos said.

Despite the difficulty that comes with catching on to the dance moves, senior computer engineering major Rima Teymourlouei said she would recommend attending Garba.

“It’s a little hard at first but everyone’s really friendly. If they really see you struggling they’ll help you,” Teymourlouei said.

Nidhi Kalaria, a junior bioengineering major, felt similarly. “I just like how everyone’s so into it and no one cares at all what they’re doing. They just dance around in circles,” Kalaria said.

As the event wrapped up, students left sweaty and with smiles on their faces. From those who had never been to Garba before, to those who’ve gone their entire lives, it was an event for people to enjoy, teach and learn about Indian and Hindu culture. Rami wanted to emphasize that this event is meant to be shared cross-culturally.

“Especially at Maryland here we like having other cultures and ethnicities come because we want to spread the culture,” said Rami. “We want other people to have fun, we want to teach people what it’s like to be a part of this culture and really invite them in.”