Stefon Diggs put the Vikings on his back at Lambeau Field 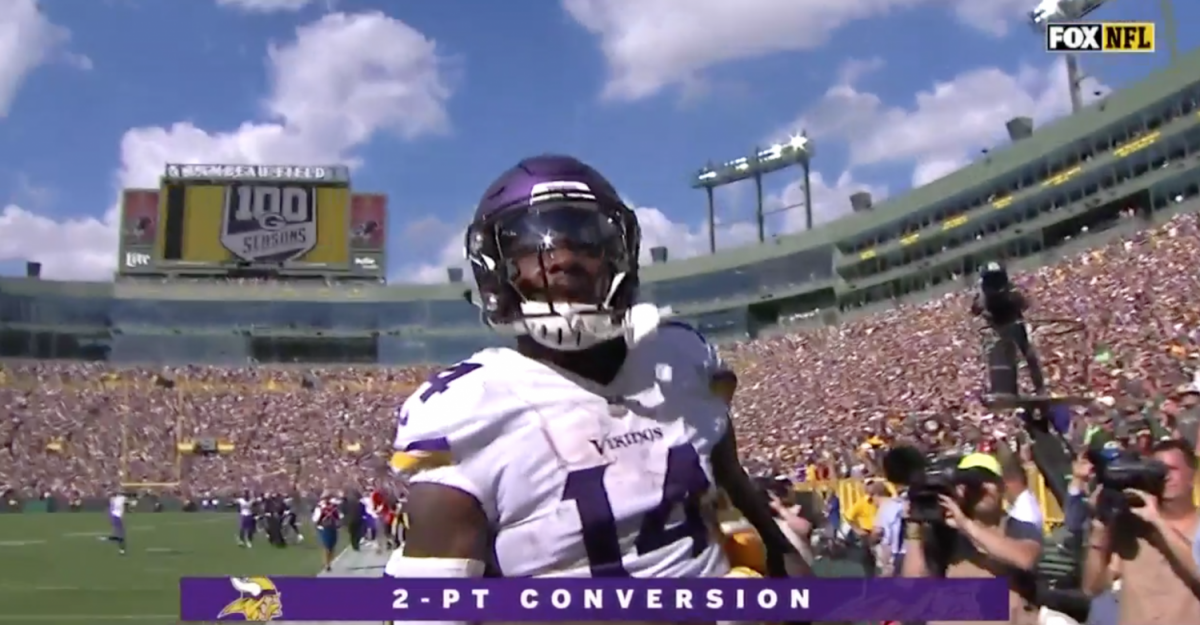 Last week, former Terp Stefon Diggs began the 2018 NFL on a positive note, hauling in a touchdown and two other passes for 43 yards.

This Sunday, he had one of the best games of his career: nine receptions for 128 yards and a pair of touchdowns. He also caught a pass to complete a two-point conversion, just for good measure.

However, Diggs’ spectacular effort wound up not being enough for the Minnesota Vikings to win, as they wound up in a 29-29 tie with the Green Bay Packers.

The highlight of the day was this 75-yard bomb that Diggs hauled in from new quarterback Kirk Cousins. The catch was the longest of his career.

Diggs’ other touchdown was just a modest 3-yard grab, but it counted for six points just the same.

Diggs also wound up sending the game into overtime when he hauled in the two-point conversion.

What a game. #Skol pic.twitter.com/yQ9D0yZ8SW

Diggs’ performance didn’t wind up being in a winning effort, thanks in large part to a trio of missed field goals from Vikings kicker Daniel Carlson. His last miss came as time expired in overtime, sending a 35-yard attempt wide right.

Sunday marked the seventh time Diggs has amassed 100 receiving yards and the fourth time he has caught two touchdowns.

As the former Maryland star continues to develop in his fourth NFL season, it looks likely we’ll be writing many more blogs about his great performances.